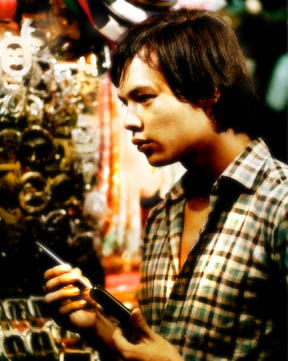 Now on the film blog A Band Apart, a poll of the 130 Greatest Films.

Won't waste breath complaining about what's not there; I know the list by its statistical nature (see Mark Twain about statistics) is an aggregation of opinions and its true value as an indicator of quality (not that the titles are no good--it's a good list overall--but that there are in my opinion better titles left out). Beyond its veracity, though, which I feel is questionable at best, there's a chance to promote lesser-known titles, including a #1 that's not Citizen Kane.

My list of a hundred great films is included; check the link to 'participants,' and click on my name. That's all I'm really looking for; a venue that features (however modestly) all participating lists, and a chance to let my biases be known. This to my mind is the real value of the exercise--that my preferences be known.

When Mao Tse-tung declared "Let a hundred flowers bloom!" it was historically ironic; his declaration was a trap meant to lure dissenters into revealing themselves. I repeat his words in an  unironic sense (unirony I feel being underrated nowadays): let a hundred lists bloom!