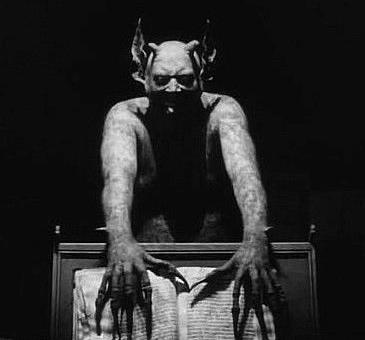 Forbes Magazine posted an article (which I won't bother to link) claiming they have scientifically established the scariest movie ever made--based on a small sample size of viewers watching some 100 picks from IMDb, Rotten Tomatoes, Reddit. The 'study' measured the heart rate of the viewers and on that basis picked the most terrifying.

To be fair the article is fairly upfront about some of its limitations (sample size, source of movies (IMDb and Rotten Tomatoes?)); what it doesn't even bother discussing is the validity of the chosen standard. I mean--heart rate? YouTube videos sometimes show a woman asleep in bed or a dog licking its balls; suddenly--boom! A loud shriek and a white face pops onscreen. Heart races--does that qualify? If you assemble enough of these videos in a 90 minute compilation would they outperform the number 1 title on Forbes' list?

YouTube goes on to play a video of bizarre body parts. Right now I'm staring at the longest tongue I've ever seen stretch out to delicately pick her own nose; I imagine my heart accelerated a tad, and not out of arousal (I've seen octopus tentacles less elastic). Does that qualify?

Likewise, if you watched the 2020 American presidential debate and your pulse jumped in irritation each time Trump opened his mouth to interrupt Biden, does that qualify?

O and the study's rationale: "to save them the time of searching through thousands of titles across streaming services like Amazon, Netflix and Shudder." How consumer-friendly; life is short, you can't waste time taking a chance on some unknown name or title. Go straight for the meat everyone else is gorging on, never mind the thrill of the hunt or the pleasure of an unexpected find.

The choice of movies, the methodology, the very notion that an elevated heartrate is the be-all and end-all goal of horror is absurd. What's terrifying--more terrifying than most pictures on that list--is the apparent possibility that folks will actually believe in this shit, because it's from a major magazine (that specializes in finance) and it used the word 'science' on its title.

Horror should stimulate not just your bodily functions (heart, sweat glands, bladder control) it should--but check out my own titles, none of which are included in Forbes' clickbait piece, and see what I mean. 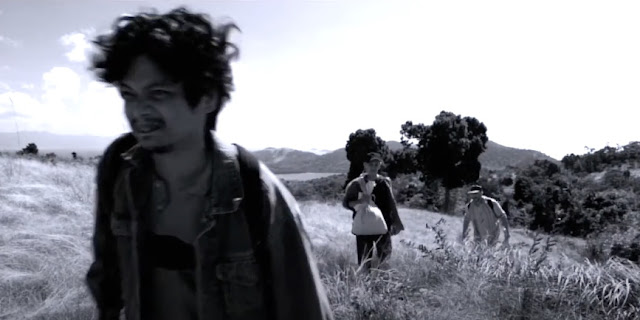 Planet of the apes

In his latest Lav Diaz has apparently toned down attacks on the Marcos and Duterte regimes, but if you think he's done so to deliver a kindler gentler more optimistic film to help us forget present troubles--think again.