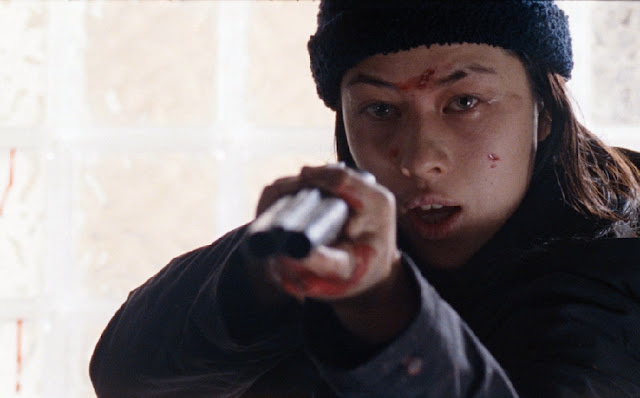 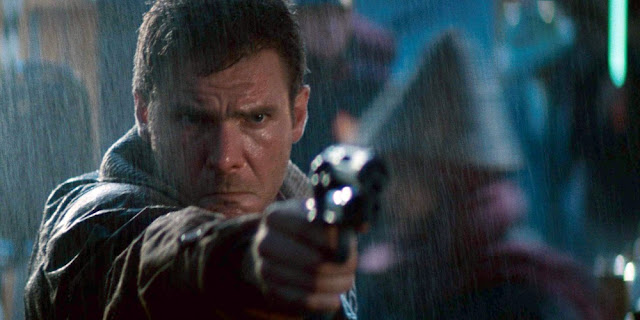 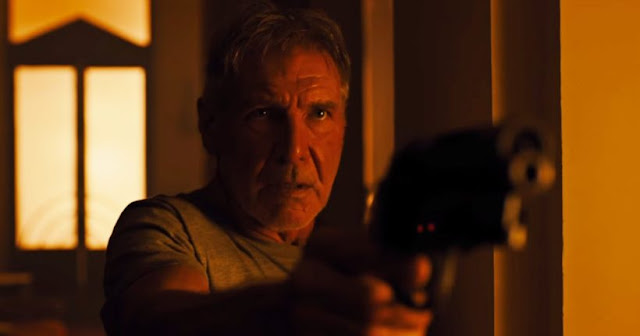 Does Deckard dream of synthetic sheep?

Ridley Scott's science fiction epic Blade Runner opened back in 1982 to poor boxoffice and middling-to-hostile reviews (including a memorable slam by Pauline Kael).

And then--like a launching police spinner or Roy Batty's level of empathy--the film's reputation rose. From cult classic to cultural touchstone to a place in the Library of Congress' National Film Registry pantheon, Scott's possible masterpiece is now widely considered one of the greatest science fiction films ever made.

The film print went through its own odyssey from seven differently edited versions (including a Director's Cut that doesn't have the director's full participation or approval and a Final Cut that does) VHS releases laserdisc releases DVD releases Blu-Ray releases lord knows how many re-issues and retrospectives and finally--after thirty-five long years--a sequel.

How is the picture? Lemme put it this way: 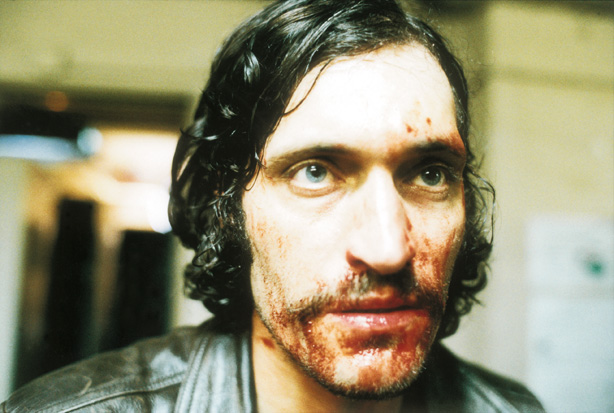 Like a maestro with baton poised Claire Denis begins her 2001 genre film with vague stirrings (couple making out in a car) then a confident if understated gesture: truck drives past hitchhiking woman stops reverses; the woman smiles. Driver climbs out of his cabin walks towards her the truck's rear flashing its appropriately named 'hazard' lights.

So far so what? Working class lump attractive woman--not much to see here. Setup for a rather lurid scenario the woman presumably asking for trouble when she raised her thumb at the guy--only why is the woman's smile so wide why does her eyes flicker with an unnatural spark? Why are we  aware of the truck's flashers aimed directly at us, the driver--who turned them on in the first place--pointedly ignoring their warning as he walks towards the object of his desire and doom? 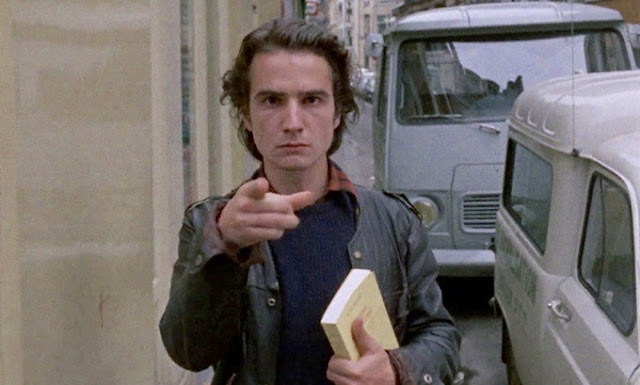 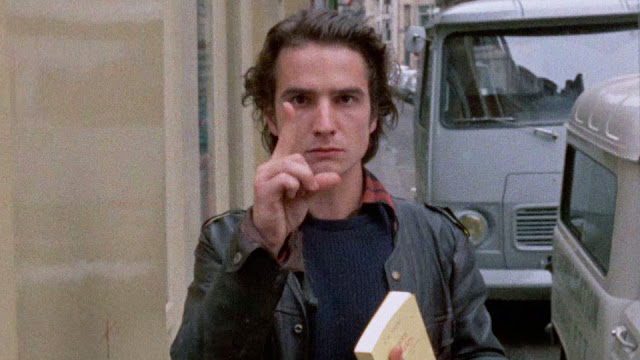 
What to call Jacques Rivette's 1971 work? He named it 'Out' because the word 'in' was so fashionable (the 'in thing' to do) added a '1' because "(t)he action of the film is rather like a serial which could continue through several episodes."

But Rivette is also all about accident and chance (throughout his career but particularly in this production), and (so the story goes) scribbled on the cans of an early work print were the words 'touch me not' in Latin. What could be more eloquently descriptive of this monstrous long mix of fantasy and realism filled with characters so sensitive (so perceptive so susceptible to suffering) they both resist and seek out contact? What more appropriate plea than that the film is a special case that must not be shortened or simplified?

What's in it? A series of scenes where Rivette gathers his actors (or actor) tells them who they are and what must basically be said and/or done to further the plot (such as it is) then cuts them loose. And they fly or stumble (as the director put it) "without text or rehearsal" bringing something new to the scene the film the world.

On and on and on for some twelve-and-a-half hours.