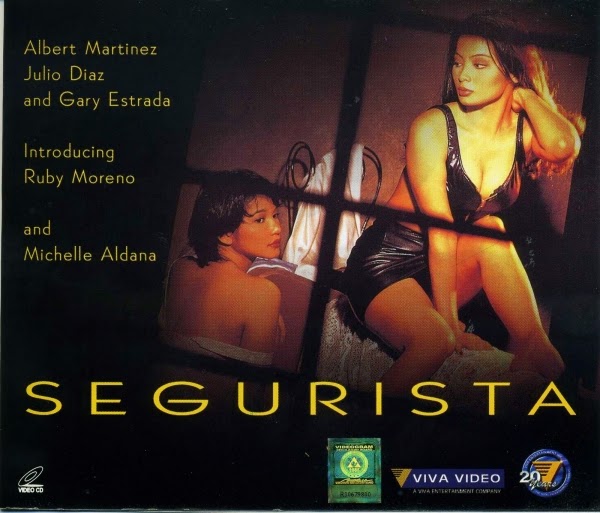 The Dirtiest Movie of The Year

According to the MTRCB, the aforementioned titles are nothing compared to Segurista (Dead Sure). After all, those movies made it to the theaters, more or less intact; this film was given an X rating, effectively banning it from exhibition. 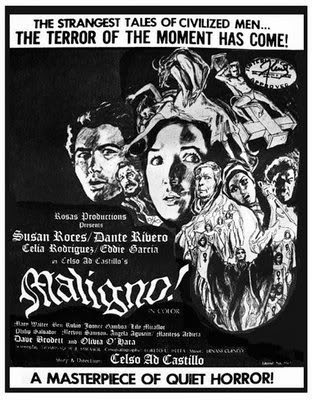 Supped full with horrorsCelso Ad. Castillo's Maligno (1977), his horror genre follow-up to the hugely popular Patayin sa Sindak si Barbara (Let's Frighten Barbara to Death, 1974) uses many of the previous films' cast (Susan Roces, Dante Rivero, Mary Walter) but ups the ante considerably by openly inviting comparison with Roman Polanski's masterful Rosemary's Baby (1968)--Satanist cult targets attractive young couple (Roces as Angela Cortez; Rivero as her husband Paolo) and their unborn child--with mixed results. On one hand the film's tone isn't as understated, the music decidedly unsubtle; on the other Ad. Castillo (unlike Polanski) does manage to grant the cult's leader his moment onstage, front and center, instead of forcing him to lurk about in the shadows. In the guise of Eddie Garcia's Lucas Santander, he's a grand, eloquent figure, given to slouching insouciantly in the darkest corner of his prison cell and pronouncing judgement on society's religious hypocrisy; unlike Ruth Gordon and Sidney Blackmer, Garcia caters to our more traditional notions about evil cultists, but I guess if you must play a cliche, you should at least play it big. Garcia plays it so big the very bars of his cell seem to tremble. 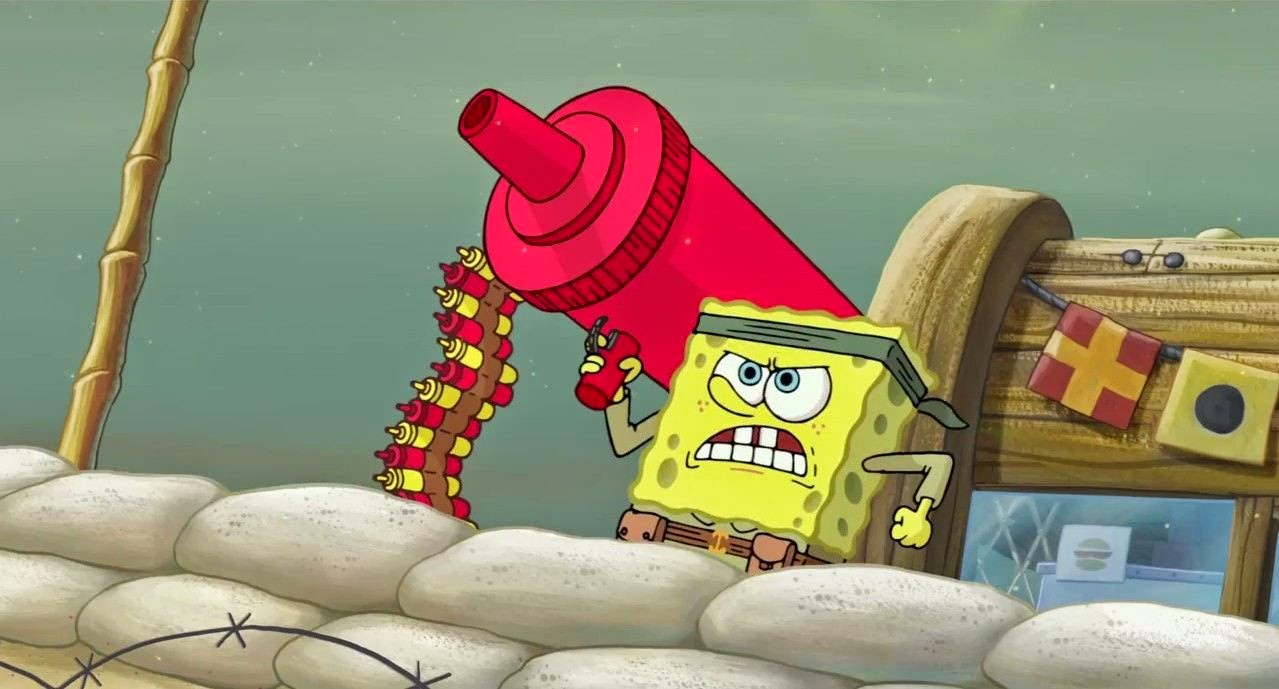 Someone challenged me to articulate my fondness for this bizarre animated creature, not just the two full-length animated pictures (the latest out only this year) or the longrunning series but the character himself, which with his bright lemon hue, gigantic freckles, and cross-between-dolphin-and-cheesegrater laugh, is hardly most people's idea of 'endearing.' Yet millions of kids love him--don't ask me why; I'm not a kid, much less millions of em. I can only answer for my own opinions.

Let me put it this way: what does Stephen Hillenburg do better than Fyodor Dostoevsky? 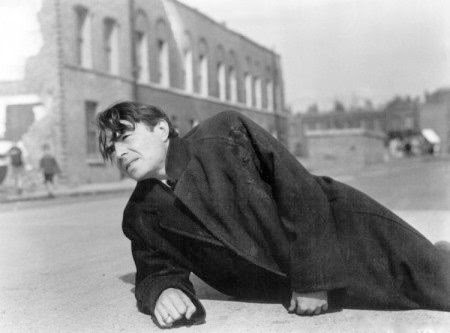 Belatedly for St. Patricks' and just in time for Good Friday!

(WARNING: story and plot twists of both The Third Man and Odd Man Out discussed in detail!)

Carol Reed's Odd Man Out (from the novel by F.L. Green) was released two years before his best-known work (The Third Man, 1949) and often suffers in viewers' minds when compared with the latter. Admittedly some elements in Third I find superior: Anton Karas' zither score, which sets a bouncy jaunty tone (sometimes unsettlingly so); Graham Greene's screenplay, which wields the Catholic elements with a lighter, more satiric edge; and the city of Vienna itself, its torn walls and rubbled streets prompting Reed's camera to view the world through a darker, more sharply skewed glass. 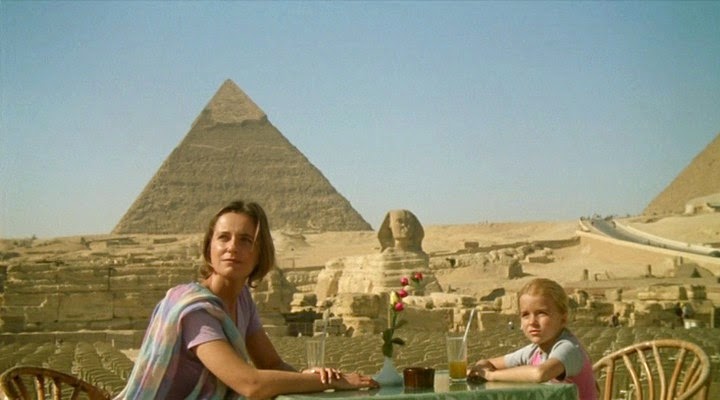 A confession: A Talking Picture was my first Oliveira (hang head in shame) and probably not an ideal introduction, but right off I can see that it's an unsettling work--at the very least brave, at the very most, radically great.

As far as initial impressions go, I think it's difficult to better my eleven-year-old nephew's capsule review: "It's so boring. Nothing's happening. This is the worst and ugliest movie ever made." I'd disagree with one comment outright--what with Emmanuel Machuel's capture of the harsh and brilliant Mediterranean sunlight (the very first image, of tiny figures with white handkerchiefs in hand like so many fluttering flower buds is stunning), the many magnificent structures paraded before the camera--there is in fact plenty of beauty for the eye. Too subtle a pleasure, I suppose, for my poor nephew to appreciate (Walt Disney World being his idea of a top travel destination).