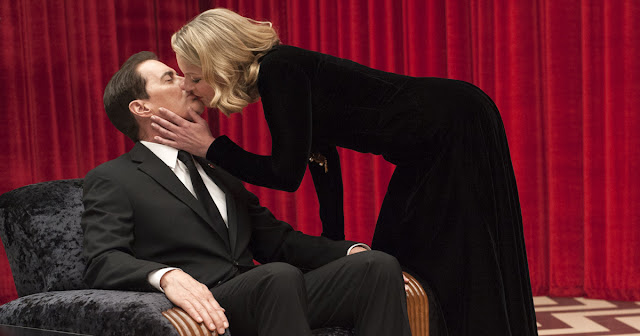 What I've seen of 2017 with maybe three exceptions was good not great--which possibly reflects more on me and my viewing efforts  than on the year--but who can refrain from making year-end lists? I can't. I didn't.

To paraphrase Snowball: First half funny last half crap.

Gimmicky, crammed with CGI effects, too eager to please. But Branagh does take a stab at portraying a full-blooded three-dimensional Poirot, and his stylish (perhaps overstylish) adaptation captures some of the tragedy of the Lindbergh case.

Mainly a showcase for the physical prowess of an older grimmer Jackie Chan, and the dramatic prowess (in a surprisingly intricate IRA plot) of Pierce Brosnan.

Efficient fairly inventive horror thriller. Shyamalan with this and The Visit is commercially (and to a lesser extent artistically) on a roll; question is, will he tumble up a new career pinnacle or off yet another cliff?

Somes' historical anthology film touches on Jose Rizal, the Katipunan, Macario Sakay, the Japanese Occupation, with the first two segments dipped in much needed satire (stripping away the veneer of unthinking worship that has coated them through the years), the latter two presented as straightforward even poignant drama--problem is you're not sure the two halves form a cohesive whole. Still well worth a look.

Well-made and touching. Occasionally even funny.

Sequel to Boyle's most highly regarded movie, I think this is sadder richer better.

Didn't much like the shaky-cam filmmaking, but does give off memorably bad vibes.

The first half is abrasive anger coming out of sorrow; the second half devolves into imitation Tarantino (himself a world-class imitator). Not a big fan, but that first half deserves recognition.

Crawling wall-to-wall with CGI effects; has barely justifiable Jurassic-looking creatures; has Matt Damon. Still! Epic filmmaking not entirely in the Hollywood mold. The mold of the future, perhaps?

Blade of the Immortal (Takashi Miike)

Funny gory intricate surprising as with most Miike films, and as with all Miike films different from almost everything he's previously done. Say what you will about him, he hates to repeat himself (well maybe he has repeated himself--hard to tell with someone who's done a hundred feature films).

Racism in the Jim Crow South--what more is there to say? Not a lot, though this flawed if ultimately powerful film does manage to add postwar trauma to an inherently dramatic mix.

Not as shocking as it thinks it is but I liked it. It has its own stubborn integrity.

Visually cheats--especially on the car chase editing--but aurally (physical deafness as a metaphor for moral deafness) one of the more interesting films of the year.

Spielberg's account of The Washington Post's decision to publish The Pentagon Papers (despite threats from the Nixon Administration) is a vitally important reminder* of just what a determined and idealistic media organization can do against a repressive out-of-control government. Just wish I liked it better.

*(A reminder more urgent now than ever, especially in the Philippines)

Villeneuve's best which sorry to say only gets him so far. Fairly successful extension and expansion of the fairly superior Ridley Scott original, though neither come close to Dick's classic novel.

Seemingly recycles every irritating tic from other recent Malick films and apparently as vacuous if not more so and still Malick manages to mesmerize still his stubborn commitment not to comment or explain gives the film a sense of magical mystery.

32. Call Me By Your Name (Luca Guadagnino)

Tastefully--perhaps too tastefully--adapted by Guadagnino and James Ivory from the bildungsroman by Andre Aciman, the film is nevertheless fleetfooted and charming, taking a page from Eric Rohmer in its approach to sunlight and the reliably gorgeous Italian countryside.

Started years before Wonder Woman whipped out her lasso the definitive kickass female action franchise, from a filmmaker with real kinetic talent and the occasional lyric image.

Much prefer genre Soderbergh over arthouse Soderbergh--he may be overqualified but that only means he overcompensates when trying to elevate his genre work, and the results are still witty and precise. Plus he goes a long way into proving that bluecollar is more fun than whitecollar, grimy more entertaining than glamorous.

A blind girl and a bum fall in love. City Lights, only with a Filipino immigrant subtext, an indie filmmaking vibe, and a neat if barely plausible twist some three-fourths of the way through. One of the biggest hits in the Philippines, and proof (if proof is needed) that the general audience appreciates homespun quality.

Jover applies his neorealist camera (with a touch of fantasy) to the street children of Manila, with memorably vivid results.

Aside from the silly eye holes poked through the bedsheets the film is so much more than a simple haunting, achieves a sense of vast stretches of time. Olaf Stapledon on a smaller scale--high praise in my book.

Horror at its slyest and most minimalist, with Joel Edgerton delivering a nuanced performance as a father in a plaguestricken world, doing what's needed to keep his family alive.

The unlikely history of the creator of Wonder Woman--but isn't the idea of a feminine superhero unlikely enough that you need the fairy tale to help sell your equally unlikely origin story?

About rival groups (one a small band of loyalists to a murdered scientist, the other a powerful corporation) battling for possession of 'ex-stem cells'--miracle tissue that offer a cure for cancer (what is it about health care and Hong Kong action filmmakers nowadays?). Lam stubbornly declares his allegiance to an even older filmmaking school that (mostly) eschews digital effects and has real trucks ramming into real cars, real fists grinding into real cheekbones. Corporate intrigue was never this intricate or this much fun.

A criminal shot in the head by a cop refuses to allow the doctor to operate (he has plans for revenge, needs time to execute them); so begins a gripping scenario that grows ever more complicated and morally questionable the deeper you sink into the film--like wading into quicksand, only more thrilling.

20. My Life as Zucchini (Claude Barras)

Morbid and funny and sad, sometimes all three at the same time. Short distinctly styled stop-motion feature is a tad too idealized, a tad too saccharine--but the characters betray a sense of melancholy that captures the truth of damaged children.

A bird a girl and her gun. Not quite what Godard specified but close enough, and under Mikhail Red's talented young eye (this is only his second feature) more than enough, a politically resonant piece of visual poetry.

Freewheeling, freespirited, freely gleefully profane, free of pretentions or aspirations to achieve anything more ambitious, this is the kind of spare no-shit gun-toting machismo undercut by a sardonic sense of humor Tarantino wished he could do, if he were a real filmmaker.

A girl and her pig. Mouth-watering genetically modified large-scale pork meets girl with equally oversized heart and the pair run for their lives. Along the way Bong aims broadsides at corporate-sponsored media campaigns and the food industry, served up with generous helpings of Tilda Swinton--what's not to like?

First Filipino film to take on the Duterte murder regime and a joyous celebration of Filipino rhymemaking, both classic and in-the-moment.

Disagree with critic Armond White on many things but surprisingly agree with him here: Walter Hill's made-on-the-cheap follow-up to Bullet to the Head is a spectacular hoot. Professional assassin Frank Kitchen (an intensely dour Michelle Rodriguez) seeks vengeance on Doctor Jane (Sigourney Weaver) for turning him into a her. Blood spurts and bullets fly; Michelle feels up her freshly unbandaged breasts. Hidden under all the lurid fun is the perversely optimistic message that you are what you are inside, no matter what body you've been (surgically, biologically) assigned.

Like The Hurt Locker and Zero Dark Thirty before it, Bigelow's latest sacrifices historic context and dramatic complexity for a narrower more simpleminded (if more action-oriented) focus on the Algiers Motel incident. That said it's a powerfully made film, and in my book doesn't deserve this apparent silence that has grown around it. It needs to be discussed, debated, even criticized--not ignored.

Probably the most minimalist film in this list and arguably one of the most eloquent: a king in his bed, his courtiers about him, his towering poodle-curly hair. Think the present White House only with considerably superior taste and sense of decorum.

I've been liking this later incarnation of the filmmaker--the more deliberate pacing the more carefully composed mis-en-scene--for some time, and while he's capable of a few missteps (Inherent Vice) he's always changing exploring growing. This is arguably the most appealing of his recent works, the obsessive craftsman who's hard on the people around him (now where have I seen that before) and the mysteriously simple woman who as it turns out is every bit his match.

Footnote: and yes this once he trumps his namesake (see uplist). But then The Final Chapter is no Retribution, and definitely no Pompeii.

What if The Creature From the Black Lagoon had been captured by the Fascist captain in Pan's Labyrinth? And fell in love with a mute Cinderella? del Toro takes the scatterbrained politically corrected premise and wraps it in his dank seductive subterranean style, weaving together a Beauty and the Beast tale set in the Cold War '60s but speaking (imperfectly but powerfully) to the here and now.

Baker's more visually accomplished more emotionally rich follow-up to his Tangerine follows a group of children living under the shadow of The Magic Kingdom, feeding off the tourism generated and parodying it (one motel-residence is called 'The Magic Castle'). Easily the best Disney film since The Straight Story, and perhaps the most corrosive.

Starts out as testament to the brutality of Taliban rule in Afghanistan, ends up as testament to the resourcefulness and courage of Afghan women coping the best they can with that rule. Gorgeously rendered and animated in several styles of animation, as befits a gorgeously ornate culture.

Supple graceful genre bender that is by turns supernatural ghost story, murder mystery, drama about a deceased beloved--it's all of these none of these more than any of these, not to mention one of the more enthralling films released this year. Masterfully almost effortlessly wrought by Assayas, one of the best living French filmmakers.

Most beautifully shot adventure film of the year, a fascinating meditation on the allure of both civilization and wilderness.

It's said of Terence Malick (about The Thin Red Line) that he never met a leaf he didn't like; apparently de Wit has yet to meet a lovingly drawn leaf he didn't like either. The art here is exquisite, much of it hand-drawn, on a level of detail surpassing even Studio Ghibli (which co-produced). A deceptively simple tale wordlessly told, as suggestive and mysterious as the wilderness it so eloquently depicts.

Like some of my favorite titles it's several things at once--a Battle of Algiers-style dramatization of the ACT UP efforts to spur AIDS research in France; a study of the tension between thoughtful conservatives and fiery radicals; a harrowingly moving love story--and succeeds spectacularly at being each and every one.

One of cinema's greatest living filmmakers takes on one of America's greatest poets, the result a dialogue between Dickinson's text (commenting on, complicating) and Davies' visuals (contradicting, fulfilling),

And the rest is

Lynch's magnum opus is the last word on sequels and prequels, reboots and remakes (it's all, neither, a combination of the four) while being the most visually aurally intellectually bizarre work on screen big or small, not to mention a harrowing depiction of the abuses men inflict on women. Easily the most generous work of the year. 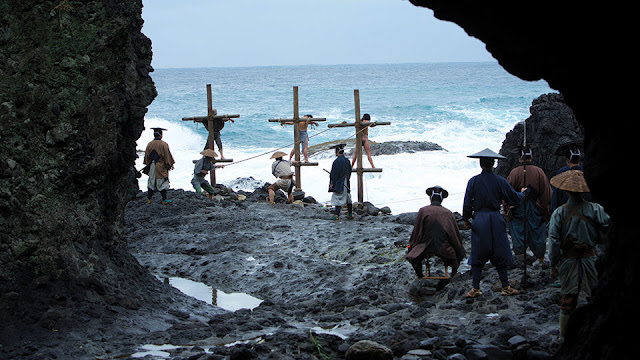