Sight and Sound's Greatest Films of All Time -- my list 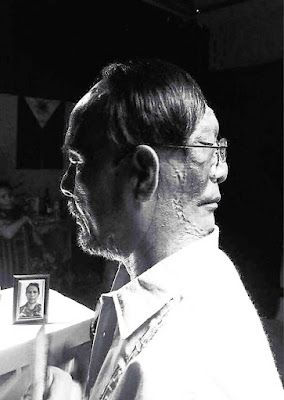 Sight and Sounds' The Greatest Films of All Time-- my list
Chimes at Midnight (Campanadas a medianoche, 1965)

Orson Welles' Shakespearean tragedy-- fashioned around the Bard's most famous comic relief!-- tells of an old man with old-world lusts and loves who resists the newer world of ascetic appetites and steely fascism. It's also a retelling of Welles' own story with his father, a figure of Falstaffian proportions, who loved not wisely but too well.

The crack of a whip in Ritwik Ghatak's most famous work says it all: Neeta (Supriya Choudhury) must support her family, flog her another mile! One of the most unforgettable portraits of female oppression on film, made more memorable by the fact that when she finally cries out-- in defiance of society and in defiance of her own expectations as the melodrama's martyr heroine-- it's too late.

Dovzhenko's best-known film is both Soviet propaganda and its subversion. The conflict between peasants and landowners is never really in question; the peasants keep the upper hand. Instead Dovzhenko (a closet Ukrainian nationalist in constant trouble with his Russian masters) focuses on windswept grasslands, mighty muscled oxen, the lyrical passing of a beloved grandfather-- the filmmaker's elemental style so forceful you have to look up Wikipedia to refresh yourself on the plot. The central image-- of luscious apples weighing down a branch-- inspired at least two filmmakers: Hayao Miyazaki's impossibly red tomatoes in My Neighbor Totoro (Tonari no Totoro), and Manuel Silos' overflowing baskets of lanzones in Blessings of the Land (Biyaya ng Lupa).

Perhaps the most ambivalent film about oppression and revolt in my canon. Filipino filmmaker Gerardo de Leon realizes Filipino novelist Jose Rizal's most famous title on the big screen, tracing the machinations of Simoun (Pancho Magalona) as he seeks to undermine Spain's four hundred year chokehold on the Philippines. You root for Simoun to succeed the same way Rizal rooted for his-- our-- country to succeed; you dread the consequences of Simoun's possible success, the same way Rizal seemed to dread the implications of violent revolution's threatened success. The way Philippine history plays out-- as a series of grotesque defeats and thrilling near-successes-- one wants to close one's eyes and leave it all to God.

Roberto Rossellini's only comedy features some of the most badass rebels I know: Francis of Assisi and his motley crew, rejecting material wealth and responding to hostility with acts of love. Naturally the world thinks they're crazy; naturally they're treated like lepers. At one point Francis actually meets a leper, approaches him, hugs him; the afflicted man shoves him aside and keeps walking.

Philippine martial law, according to Mike de Leon's masterpiece, is like a Filipino family: patriarchal, claustrophobic, voraciously rapacious. Arguably the last word on the Marcos dictatorship.

Yasujiro Ozu's film is perhaps the cruelest, tenderest-- and funniest-- depiction of oppression and resistance in all of cinema: how solemn Professor Somiya's (Chishu Ryu) sly maneuvers to marry off livewire Noriko (Setsuko Hara) both guarantee his daughter's financial security and condemn her (and him) to a living death; how Noriko's defiance starts out cheeky, eventually grows desperate-- the transition of mood as delicate and precisely rendered as a sumi-e drawing.

Elaine May's most potent work reveals a profound understanding of toxic masculinity and male vulnerability. Her Nicky is a paranoid neurotic, struggling against a world that seems to want him dead; Mikey is his lifelong friend and covert Judas, working behind the scenes to cause his death. Together they're like a pair of Beckettian characters, daring the world to find a meaning in their existence, or at least in their hurtling nightlong escapade together; only difference is in this dark comedy Godot does arrive, and it doesn't end well for one of them.

Lav Diaz's cri de coeur, lamenting the Philippines' suffering under the yoke of not one but two tyrants. It's Diaz's conceit to mash the two (Ferdinand Marcos, Rodrigo Duterte) into a singularly repulsive Januslike figure, spouting gibberish much like the latter; it's Diaz's further conceit to tell their story in the form of a severely wrought musical, sans instruments or color but full of heartfelt song, and that this would be the most compact, most emotionally potent film yet made on the country's ongoing plight.

Seeing Mario O'Hara's film again soon after my mother's passing I saw how Rosario (Nora Aunor) defied the Japanese Occupation and failed, the same way my mother marrying into our upper middle-class family defied them and failed. But both tried, is the point, at the cost of their lives, at the cost of their life. One more way this film has spoken to me over the years, one more reason to love.

Canons aren't formed in a vacuum but in the swirl of human events; my latest formed under the shadow of six years of Filipino near-dictatorship, with the prospect of six more under the son of a former dictator. Resistance then is the key theme: how it's conducted by different people across different cultures against different eras, particularly the Philippines under Spanish, Japanese, Marcos, and Duterte rule; how we resist the iron fist, how we succeed and fail, how this struggle is captured and splayed-- raw and bleeding-- across the big screen. 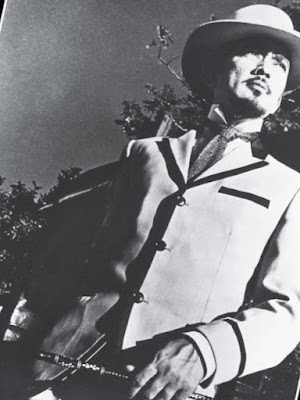 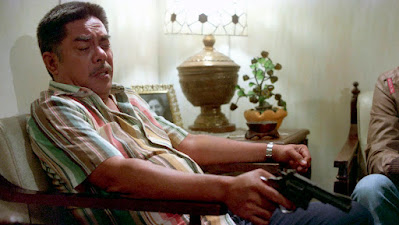 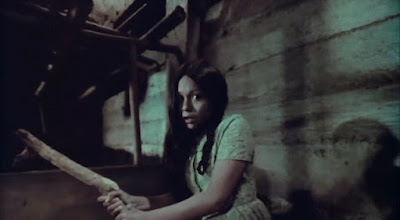 Email ThisBlogThis!Share to TwitterShare to FacebookShare to Pinterest
Labels: British, Sight and Sound

Corrected--thanks for the heads' up