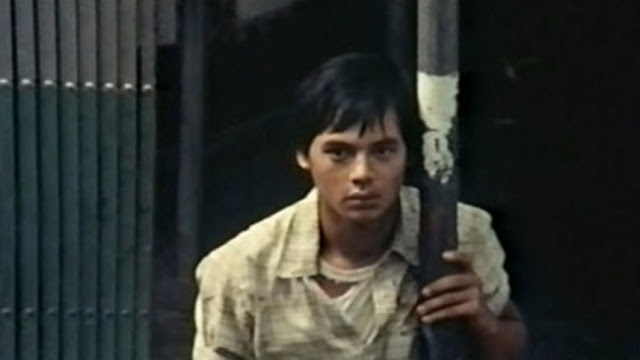 It was while Jarlego Sr. was working for Avellana that Jarlego Jr. got his big break--Ike was a little boy playing on the LVN Studios compound when Avellana asked him to appear in Pag-asa (Hope, 1951), running  towards a gate and yelling "shoeshine!" He had a small subsequent career as child actor before turning editor later in life.

At his very best Jarlego managed to translate the editing styles of some of the greatest Filipino filmmakers to the big screen: the precise cutting of Itim, the stream-of-consciousness flow of Mortal, the witty brevity of Kakakbakaba Ka Ba?--none of these would have been possible without Jarlego's skill on the Moviola and Steenbeck machine.

He debuted as a director in 1992 with Andres Manambit; his direction of Lualhati Bautista's script for Nena (1995) was lean, intense, noirish--a no-nonsense, totally unpretentious means of realizing Bautista's allegory on female empowerment. The film along with Mario O'Hara's Bulaklak sa City Jail (Flowers of the City Jail, 1985) was easily one of the most effective interpretations of Bautista on the big screen--both succeeding, notably, without resorting to direct adaptation of some of her more famous literary works.

(Some information in this post taken from the CCP Encyclopedia)
at 5:08 AM No comments:

My Sight and Sound List of Ten Greatest Films Ever Made 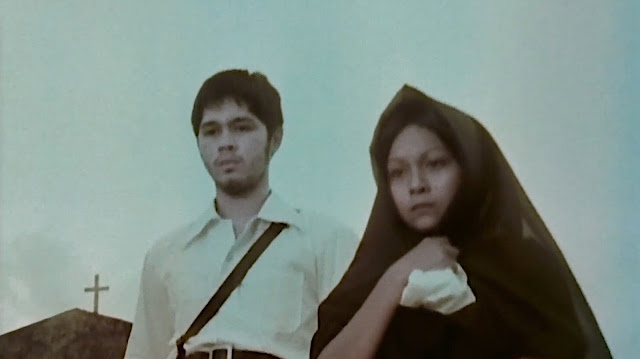 My Sight and Sound list of Ten Greatest Films Ever Made

I did say I think the individual lists are more fascinating and more valuable overall as opposed to the aggregate (which I think is about as interesting as watching paint dry).

The Philippines is fairly well represented.

Love it that Ms. Wurm listed Tatlo Dalawa Isa (Three Two One); that's not an obvious Brocka choice (but a good one, nevertheless).  Also love Mr. Bhaumik's inclusion of Mababangong Bangungot (Perfumed Nightmare)--that and Kidlat Tahimik are even less well known than Brocka.

Love it that Ms. Ingawanij lists not one but two Filipino films. She may not be Filipino, but she certainly loves our films...

Impressed that Lav Diaz's Ebolusyon ng Isang Pamilyang Pilipino (Evolution of a Filipino Family) earned three critics' nod. One can say that's partly because it traveled the film festival route not too long ago, but I don't think so; I do think it deserves the admiration.

Pity we don't see more of the Philippines' earlier masters--Gerardo de Leon, Manuel Conde, Manuel Silos, Lamberto Avellana. If I had to do it all over again, I might include more; maybe fill all ten slots with Filipino films. We certainly have the back catalog (with newer works meriting serious consideration)...

Finally--my list, as originally written (with links to available articles):