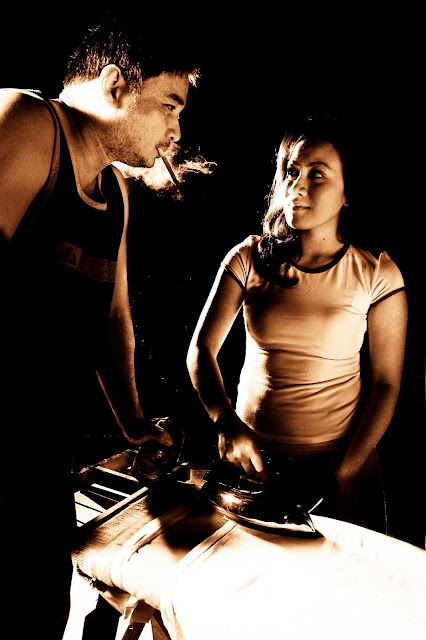 Insiang is arguably Lino Brocka's masterpiece, an intimate three-character chamber drama (Tonya (Mona Lisa); her lover Dado (Ruel Vernal); her daughter Insiang (Hilda Koronel)) that slips under the skin like a hunting knife, slicing away fatty illusion and crusted complacency. It's a vision of the Tondo community, of little plywood shanties jammed together and trembling under the shadow of a mountain of garbage.

The film was Brocka's first to be shown internationally, was the first Filipino film to go to the Cannes Film Festival, to be screened at the prestigious Director's Fortnight. Audiences and critics alike sat up and took notice when Brocka made Tinimbang Ka Ngunit Kulang" (You Were Weighed and Found Wanting, 1974); they applauded Maynila sa Mga Kuko ng Liwanag (Manila in the Claws of Neon) in 1975. Insiang confirmed what Filipinos already knew--that Brocka was not just one of the best filmmakers in the country but in the world.

What few remember or even realize was that before Insiang was a film it was a script by Mario O'Hara, written for an episode of the drama series Hilda, in 1973. A few years later Brocka was pitching projects to neophyte producer Ruby Tiong Tan (one of his proposals: an adaptation of Agapito Joaquin's one-act play Bubungang Lata (Tin Roof), which O'Hara turned into a film in 1998); Ms. Tan agreed to Insiang. O'Hara wasn't available to adapt his teleplay (he was directing his second feature, the epic Tatlong Taong Walang Diyos (Three Years Without God, 1976)), so Lamberto Antonio stepped up instead (according to O'Hara there are few changes). The film was shot on location in fourteen days, on a budget of P600,000 (roughly three million today).

It's now 2002, and Tanghalang Pilipino has chosen for its 16th season to adapt Insiang on the theater stage; the question on everyone's mind--certainly on mine--is "Why?" The film is arguably the definitive example of Filipino social-realism--why remake a near-perfect work? In terms of structure, of sustained dramatic tension, of economy of means achieving maximum effect, the film stands above almost any other Filipino films (only one other approaches its elegance and intensity I think--Mike de Leon's Kisapmata (Blink of an Eye, 1982)). 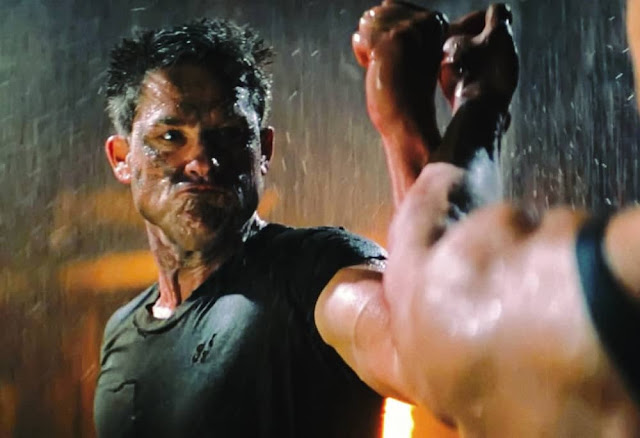 The wittiest conceit in Soldier is that each trained-from-birth bred-in-the-bone infantryman is literally a item in a collector’s set. Director Paul Anderson plays on this idea in the shot where you see Todd (Kurt Russell sporting a crewcut) sitting alone on his bunk; the camera shifts position and only then do you see the long row of exactly identical men sitting in exactly identical bunks behind him. When these robotlike men (manlike robots?) are confronted by a platoon of new and improved soldiers (unlike Todd and company these newer models are genetically engineered), they eye each other, silently sizing each other up. Their superior officers proudly show them off and then, like wanton boys, pit one against another in a series of pointlessly brutal tests. Obsolete Todd loses and is tossed in the garbage bin; victorious Kane (a shaven-pate Jason Scott Lee) is reprimanded for allowing the loser to rip a good-sized new one round his eye socket. 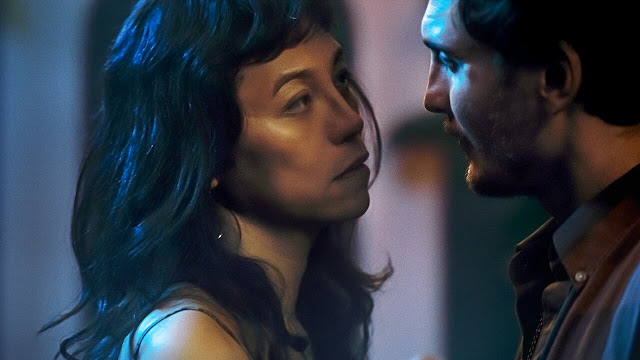 Isabel Sandoval's achievement in Lingua Franca I submit isn't so much the breaking of boundaries or the allusion to current events (transgendered-directed film on transgendered relationships, and the perils of undocumented immigrants) but her plainspoken way of creating a mood, a feeling, the ambiance of an eerily depopulated subtly menacing New York just this much more hostile to the marginalized. 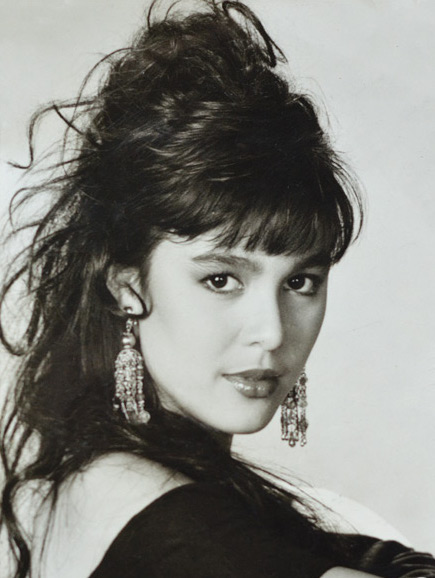 A Letter to Mr. Nestor Torre

After reading your choices for best picture in the Metro Manila Filmfest, I would like to offer as candidate a film that almost entered and was almost shown during 1993; a film that, if it had been released, I believe would have been the finest in the festival: Johnny Tinoso and the Proud Beauty.