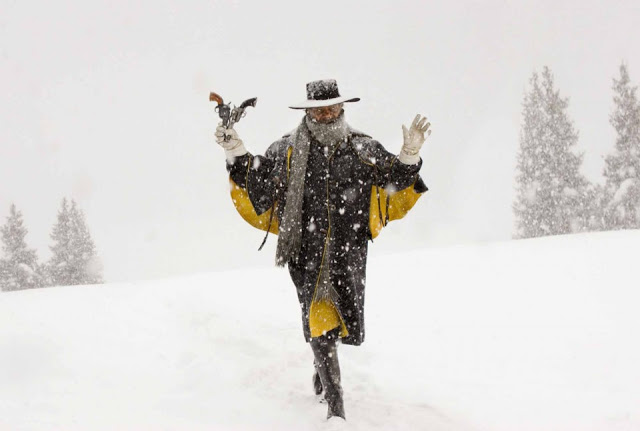 Eight is enoughQuentin Tarantino's The Hateful Eight (released on DVD earlier this year) is reportedly his most middling production yet, with decent (not great) boxoffice numbers, with critics divided more than usual--some calling it "a high-wire thriller" and "quintessentially American," others declaring it "Tarantino's worse." 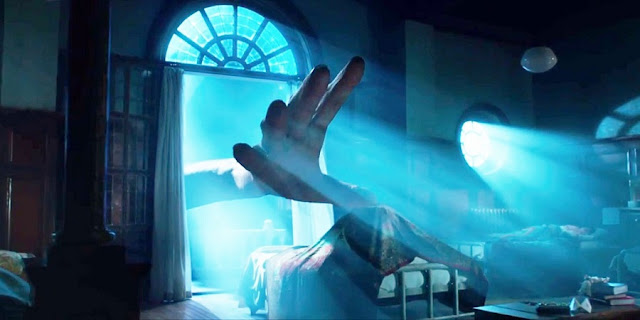 Spielberg has lost something and I'm not quite sure what it is--energy, zest, maybe chutzpah. Whatever it is you can't help but think that's exactly what was needed for his latest, The BFG--originally a slim Roald Dahl children's book, now a tired lumbering superproduction by the once-New Hollywood's former boxoffice whiz kid. 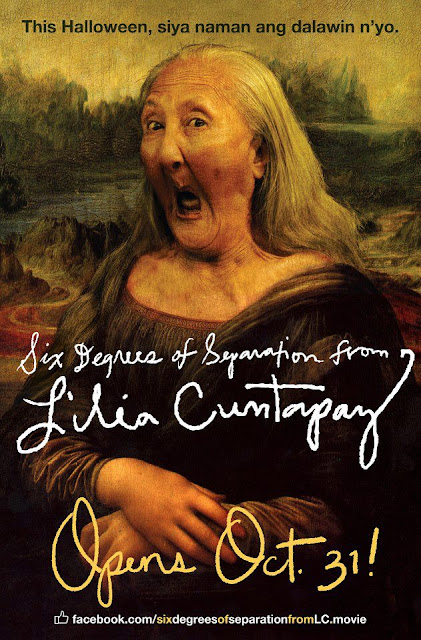 Who in the world was Lilia Cuntapay?


Possibly the most famous Filipino face you've never heard of, a minor actress who has appeared in forty films and television series to date (plus a few that the Internet Movie Database might have missed), and one of the more outre characters I've met on the fringes of the Filipino movie industry--never got her name completely right, but never forgot her, either. And she's the unlikely, bizarrely brave yet startlingly serene heroine of Antoinette Jadaone's 2011 feature debut mockumentary Six Degrees of Separation from Lilia Cuntapay.

It's the summer silly season so what can be sillier and more summery than a shark movie? The premise is clever enough--young woman goes to an isolated beach to surf, finds herself alone and stalked by large predator. 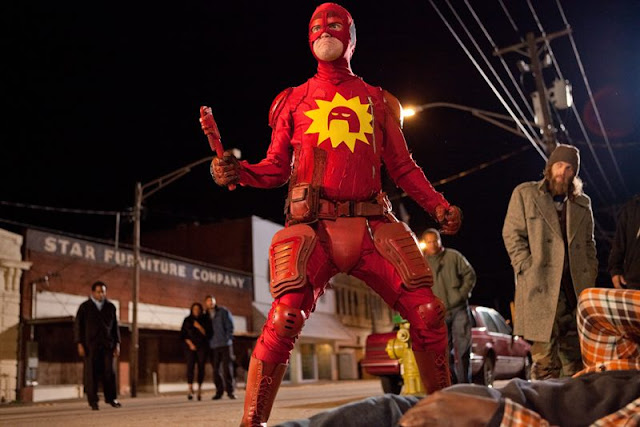 James Gunn is better known for mixing quirky humor with standard-issue superhero shenanigans in Guardians of the Galaxy (2014). The movie (which for the record I liked) was actually watered-down Gunn for the PG crowd, a fairly risky move (A gun-toting raccoon? A walking tree with only one line?) that paid off handsomely to the tune of $770 million worldwide.

Super made four years earlier hews closer to authentic adult-dosage Gunn. Frank Darbo (Rainn Wilson) is a short-order cook and longtime loser who has experienced only two perfect moments in his life so far: his marriage to former junkie Sarah (Liv Tyler) and his helping a police officer catch a purse thief--both moments immortalized in colored-pencil drawings that he tapes to a wall. Sarah soon leaves him for Jacques (Kevin Bacon), a local strip club owner and mid-level dealer who lures her away with offers to renew and maintain her habit.

Frank is knocked into a downward spiral, weeping over his fry grill and making pathetic attempts to win Sarah back (for which efforts he's thoroughly beaten). Gunn documents Frank's descent in unflinching detail, including the pained reactions of people forced to deal with him (they keep him at arm's length, as if failure was contagious); when Frank hits rock bottom his roof and walls split open, his bedsheets twist round his arms holding them down tight, his skull is sliced open by tentacles wielding boxcutter blades and the Finger of God comes down from on high...

It's John Ford's The Searchers by way of Martin Scorsese's Taxi Driver with a dash of Monty Python. What makes Gunn's version work is that Wilson is no John Wayne or Robert De Niro--he has neither Wayne's reassuring stoicism (Frank weeps, given sufficient provocation) nor De Niro's psychopath charm (women tend to look past him) but instead has a lumpenprole quality that makes one want to leap up in recognition: "One of us! One of us!" We imagine being in his shoes (they're practically our size) so when Frank is beaten or humiliated yet again--and Gunn doesn't stint on the beatings and humiliation--we identify with his pain in a way we don't with De Niro or Wayne.

Frank is compelled to pull on a cowl and swing a pipe wrench, though the forces driving him seem religious. That admittedly requires a leap of faith--can't think of two cultures (comicbook collecting and churchgoing) less likely to intermingle, though 1) there have been attempts to adapt The Bible into comics (Robert Crumb's Book of Genesis being one of the best) and 2) the loneliness of geeks does in some ways resemble the loneliness of religious extremists (was about to say there aren't any evangelical superhero TV shows till I remembered Preacher) and 3) Frank's visions seem less like spiritual revelations and more like desperate attempts to take images from TV (including the cheesy parody The Holy Avenger) and real life and stitch them together in a dream sequence that would make sense of his life.

Libby (Ellen Page) on the other hand is both a more convincing construct and obvious male fantasy--how many attractive female comic book geeks with overactive sex drives can there be out there anyway? Yet Libby talks acts thinks in a more familiar manner than Frank (despite being smoking hot): realizing who she's talking to she presents him with a proposition ("Batman had Robin; the original Human Torch had Toro") complete with name ("Boltie"), costume (yellow and green with cute short skirt), an awkwardly executed series of tumbles and rolls ("See what I'm getting at?" "No."). Going on her first adventure she's bored out of her mind ("You just sit here and wait for crime to happen?"); confronted with her first fight she goes berserk, smashing a car into the adversary's legs and jumping out half-naked (she was in the middle of changing) to spew obscene homophobic taunts.

The violence does more than release Libby's aggression; she offers sex to Frank, who promptly turns her down ("I'm married!"). Frank and Libby are a study in contrasts: where Frank is a romantic puritan who represses himself to the point that wearing a costume is the only way to vent his anger, Libby is an amoral free-floating hedonist seeking to direct her hostility--a direction only Frank has been able to provide. Libby plays Robin to Frank's Batman,* though Libby would've jumped Batman deep in their Batcave some time ago.

*(Not just any Robin and Batman but Frank Miller's Dynamic Duo ("Does this mean I'm not fired anymore?"), an indication of Miller's for better or worse lasting influence on the genre)

It's an interesting dynamic; Frank has been building up pressure all this time (like a swollen boil), some of that pressure relieved by becoming The Crimson Bolt (impressive name, till you realize a bolt is an inert hunk of metal used to hold objects together or keep people out--to maintain the status quo if you like). Frank's example unleashes the id in Libby who acts in turn as Frank's id--"What if we did this? What if we did that?" she keeps asking. To the problem of Frank's marriage she suggests wearing costumes during sex. "The Crimson Bolt's not married to Sarah--Frank is," she offers helpfully.

For the movie's look Gunn has hit on a non-style suggesting both cinema-verite and the kind of do-it-yourself videos amateurs post on YouTube all the time (if this were made some years later Gunn could've done exactly that). The look pays off with onscreen violence far more disturbing than anything found in Matthew Vaughn's Kick-Ass, released earlier the same year--where the violence in Vaughn's movie is extravagant even grotesque, the violence in Gunn's could be happening right now, down the street from where you're sitting, to people you might know. Gunn's has often been compared to Vaughn's which I don't buy for a minute: Vaughn doesn't touch costumed sex, doesn't cast unglamorous everyday faces (Wilson recalls a younger Garrison Keillor), doesn't skirt as daringly the borderline between comedy and horror.

Critics complain of the wildly varied tone; I'd say the film only really fails towards the end (skip the rest of the paragraph if you haven't seen the movie!) with the suggestion that some good came out of Frank's misadventures--the music is suddenly dreamier, the camerawork settles into a contemplative gaze, the film overall feels disappointingly gauzy, softheaded. Sarah's rescue demands the same sardonic treatment as the rest of the pic, only it turns out she's a true innocent, and the dullest character onscreen (Scorsese in Taxi Driver is at least able to suggest the last-minute rescue was an ironic coda). Instead of a much-needed slam against vigilantism (much needed today, particularly in our country) we have wishy-washy foot-shuffling, the "if you're willing to pay the price you can do whatever you want" kind of Faustian mantra Pixar and Disney like to push on defenseless children. Love the movie, but that ending is a disappointingly feeble squib. 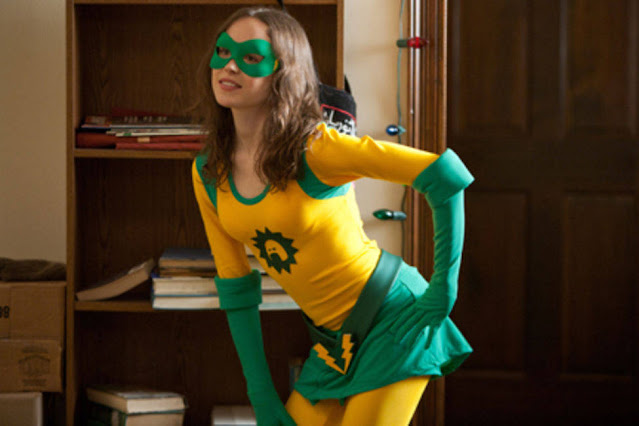 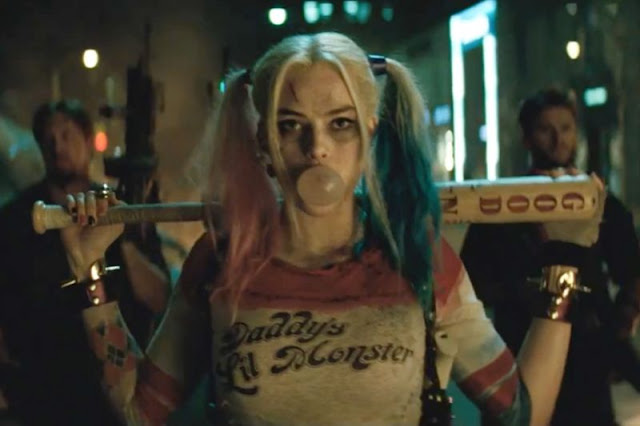 The wurst is yet to come

David Ayer's Suicide Squad comes with the tagline: 'The Worst of the Worst.' 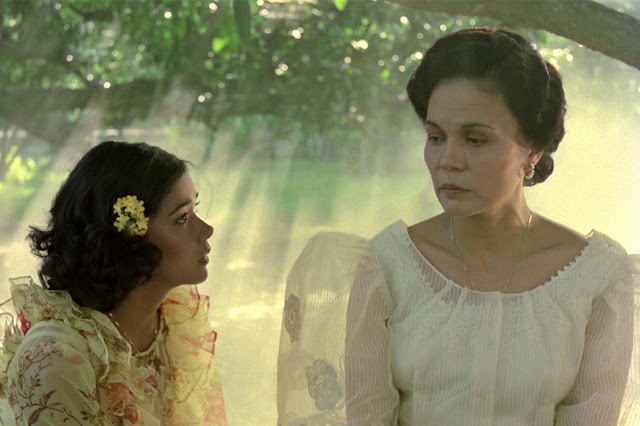 Call the film O'Hara's The Magnificent Ambersons: after his misunderstood yet radical debut feature and impressive sophomore effort (Tatlong Taong) the filmmaker must have felt the pressure to deliver an even more sumptuous third, with broader historical sweep and larger cast of characters. For once he had the resources--Armida spared no expenses throwing in a period-accurate car (a '24 Chrysler if I'm not mistaken), a sprawling hacienda complete with elaborately laced beds and furnishings and religious statuary, even an elaborate overhead contraption designed to fan the family's epic-sized dining-room table during hot midday lunches. 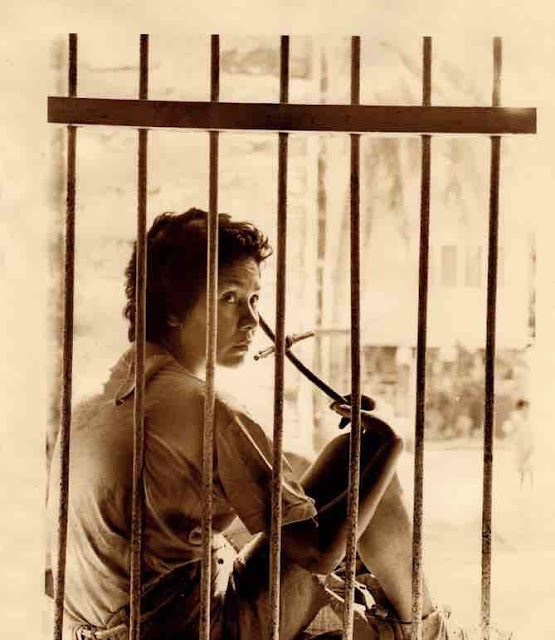 Tinimbang Ka Ngunit Kulang (You Were Weighed and Found Wanting, 1974) was a seminal work in contemporary Philippine cinema, one of the rare quality films of the '70s to enjoy commercial success; it also announced Lino Brocka, previously known as a skilled commercial director, as a major Filipino artist.