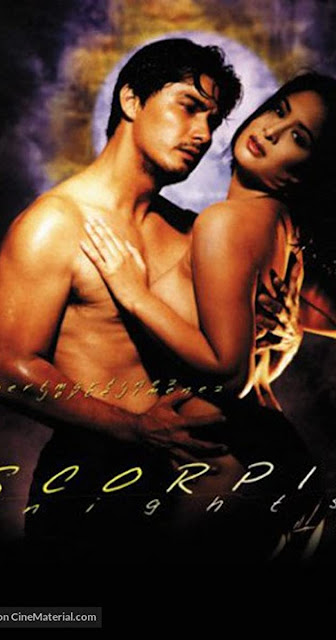 The best and the rest of Filipino films, 1999

It was the best of times it was the worst of times. Depending on whom you talked to it was either the worst year in local film history or the year we saw one of the best Filipino films ever made.

Actually the situation is a bit more complicated: there were sincere attempts to improve the standards of Filipino filmmaking--some hit, most missed--at the same time there were attempts to improve audience attendance. When the assumption was that Filipino audiences wanted something different, something worthwhile or world-class (participation in a major film festival or an Oscar nomination helps) the two goals (make better films, improve attendance) ran together; when the assumption was that Filipino audiences wanted to take advantage of the newly liberalized Movie and Television Classification Board (or MTRCB, or Board of Censors) for more outrageous sex fare, the two goals had nothing to do with each other.
Interesting the way filmmakers stretched their newly loosed muscles. Joel Lamangan’s Sidhi (The Story of Ah) was the first major effort of the year--a script by Rolando Tinio and a major dramatic cast that included Nora Aunor as a deaf mute and Albert Martinez as her boorish, abusive husband (The actress who stands out however was starlet Glydel Mercado as Martinez’s mistress). Sidhi was different, all right, if a bit too studiously artistic--Tinio’s script strains for poetry but doesn’t always succeed, and you’re always conscious Aunor is trying to give a major “performance’ (she does best when by herself, acting straight to the camera).

Peque Gallaga’s Kabit ni Mrs. Montero (Mrs. Montero’s Lover) is a glossy adaptation of D.H. Lawrence’s Lady Chatterly’s Lover and would have made a great film--sensuous, daring, complex--if they had actually bothered to adapt the novel. Whereas the book was about a woman discovering her sexuality in the arms of another man, the film has said woman (a pallid Patricia Javier) starring in a home video produced by her impotent husband (Edu Manzano)--an unholy cross between Arabian Nights and Story of O--and goes downhill from there. Lifeless performances all around, though Manzano seems to be having fun camping up his role, and Gardo Verzosa is surprisingly strong as Mrs. Montero’s lover.

But if Gallaga’s effort at “something different” is disappointingly misguided, he’s a model of sanity compared to his protégé Erik Matti. Matti directed Scorpio Nights 2, one of 1998’s biggest hits and sequel to Gallaga’s erotic classic Scorpio Nights; Matti's sophomore effort Ekis (X) tells the story of the world’s dumbest kidnap ring, with a script that has apparently been written by the least intelligent member of that ring (there’s a particularly cretinous subplot where one of the kidnappers gets involved with the wife next door). Ekis is a mix of John Woo, Reservoir Dogs, and The Postman Always Rings Twice--without Woo’s gracefulness, Dogs' tautness, or Postman’s gritty sexiness. Matti's style recalls a San Miguel Beer commercial, all sound and fury signifying methane. Possibly the worse film of the year, if only because it tries so hard and fails so miserably. Made millions in the box office, of course.

Maryo J. De Los Reyes’ Paraiso ni Efren (Efren’s Paradise) is a fantasy about a kindly gay man (Allan Paule) who lives with a handsome straight stud named Efren (Antonio Bernardo) and his hot chick of a lover. The film isn’t much more coherently told than Ekis but the premise is fairly interesting, the sex scenes are staged with real heat, and Ana Capri (as Efren’s lover) gives a finely textured performance.

Then there’s Carlitos Siguion-Reyna’s Kahapon May Dalawang Bata (Yesterday Children), for which I feel an irrational fondness--not because it’s a well-made film (it is, technically), but because its take on religious sex cults is so unintentionally funny it achieves a sensibility all its own.

Undoubtedly the best of the sex films and (for me) second best of the year is Jeffrey Jeturian’s Pila Balde (Fetch a Pail of Water). Jeturian with a script by Armando Lao creates the kind of quiet, wellmade, welltold drama that seems impossible to today's local film industry. He finds a visual metaphor for his story--the rigid hierarchy of the housing development, rising above the chaotic sprawl of nearby squatters--and plays off that metaphor without undue strain or pontification. He manages to draw perfectly orchestrated authentic performances from his large cast (Ana Capri (again), Estrella Kuenzler, and Marcus Madrigal being standouts). Jeturian plays variations on themes Lino Brocka has touched on before, in films like Insiang and Maynila Sa Mga Kuko Ng Liwanag (Manila in the Claws of Neon); if he doesn’t have Brocka’s intensity he does something Brocka never really managed to develop, a sense of humor. A modest commercial and critical success, the film won awards in the recent Cinemanila film festival and has already been invited to both the Goteborg and Singapore Film Festivals.

Sex flicks aside there were more seriously dramatic fare, and the 800-pound gorilla among them has to be Marilou Diaz Abaya’s Muro-ami. The film deals with a great subject (children diving for a fishing vessel); a great budget (about 45 million pesos worth); and great underwater photography (by Marissa Floirendo). It should have been a great film if it had bothered to actually tell the children’s story; instead, it focuses in lengthy detail on the angsty soap-opera life of the ship’s captain (played by the ever-unsubtle Cesar Montano).

Which would have been okay; the film could tell the story of this Ahab/Bligh character instead. But Montano is too sympathetic to make much of an impression; you can sense the action superstar groping for mythic antihero status while unwilling to sacrifice the audiences' goodwill, and his onscreen character suffers a fatal attack of wishy-washiness.

Muro-ami is being promoted as the Filipino Film of the New Millenium and its boxoffice success teaches us two valuable lessons: 1) Filipino audiences are hungry for something different; and 2) you can fool audiences into thinking your picture is “different” if your marketing and production values are glossy enough. The film will screen at the Panorama section of the Berlin Film Festival

Joel Lamangan’s Bulaklak ng Maynila (Flower of Manila) and Gil Portes’ Saranggola (Kite) are quiet reproaches to Muro-ami's extravagance. They’re both flawed films that tell interesting stories, with a compelling pair of lead performances (by Christopher de Leon and Ricky Davao respectively) that suggest what “ambiguous” and “complex”--as opposed to “plain confusing”--look like. And of course they do this at a fraction of Muro-ami’s budget.

Then there’s Lav Diaz’s pair of experimental films, Burger Boys and Hubad sa Ilalim ng Buwan (Naked Under the Moon). Burger Boys is a fantastical (maybe too fantastical) meditation on love, loss, the Meaning of Life, and hamburgers; it jumps from surreal slapstick to realistic action to quietly poignant drama without breaking a sweat. Hubad is if anything an even stranger creature, a sleepwalker of a film about a sleepwalking girl (Klaudia Koronel), her impotent father (a poignant Joel Torre), and his unfaithful wife (a terrific Elizabeth Oropesa). Like Bulaklak or Saranggola both are far from perfect (Burger is too incoherent, Hubad too slowpaced); yet both rebuke Muro-ami’s visual and narrative timidity. Hubad, incidentally has been invited to the Berlin Festival's Forum section.

I'd call Mike de Leon’s Bayaning Third World (Third World Hero)--a comically freewheeling essay-film about an attempt to film the life of Filipino historical figure Jose Rizal--the most brilliant of the year save it lacks a little something: drama, emotional involvement, perhaps heart (the film had been invited to the Director's Fortnight in Cannes--de Leon has that much pull--but failed to go due to postproduction problems). You have to listen close to catch the single most moving moment in the film--when the unseen de Leon throws up his hands and declares that a definitive Rizal film is impossible.

Finally there’s Mario O’Hara, who came out late this year with an odd largely ignored misfire called Sindak (Fear)--about a tormented man (John Robert Porter) seeking revenge. O’Hara reportedly walked away in the middle of postproduction which may explain why the editing is erratic the print quality poor. Yet you can still recognize O’Hara’s hand in the brilliantly staged action, the flair for dialogue and characterization.

O’Hara did do one other film: Sisa was set in the1890s, was made for a measly 3 million pesos (some $60,000), was shot in ten days, and it shows. Styrofoam skulls and cardboard sets; in the background you can spot anachronistic light switches, concrete bridges, steel railings. The acting (by a cast of low-budget sex-flick veterans) is crude at best, embarrassing at worst; the narrative shifts from present to memory to fantasy to metaphysical reality with no hesitation or apology whatsoever.

And yet I submit that Sisa is the film of the year--mainly for the wildness of its premise (Jose Rizal has an affair with Sisa, his most beloved literary creation), and sheer bravura of its technique (prestidigitative editing; on-camera no-budget special effects; the occasional black-and-white fantasy sequence). Sisa dares not just to humanize Rizal but give him a heart and hairy pair of balls--give him a living, breathing, passionately loving reason to be both martyr and hero.

Both Bayaning Third World and Sisa deconstruct the high holy profile of Dr. Jose Rizal; the former does it with logic and wit, the latter with passion and imagination--given the choice I’ll freely admit to preferring the latter anytime. O'Hara's film flopped when it opened earlier this year (a case of “first day, last day”); can’t see it ever making back its minuscule budget, or going to Cannes, or earning an Oscar. I do think I can see the film's greatness though, as easily as I have seen anything in my life to date. The standards of Filipino filmmaking have been raised, all right; it just so happens no one noticed. 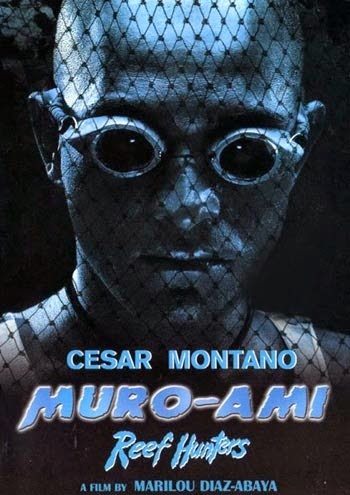