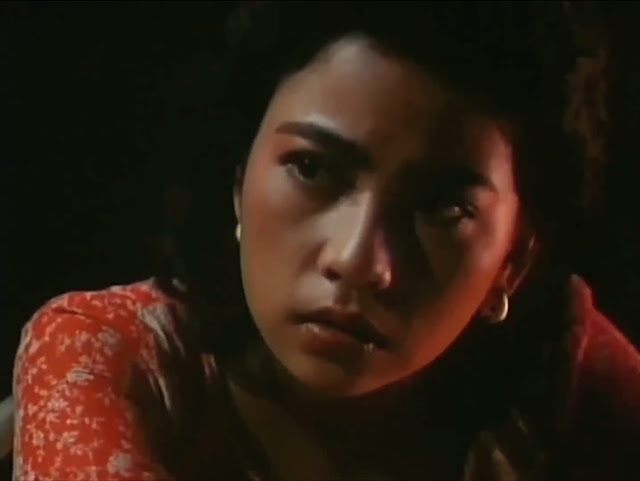 Cafe flesh
(WARNING: plot twists and story points discussed in explicit detail!)
Comes the time to discuss the late great Peque Gallaga. The past few days have seen tribute after tribute; folks have expressed love and affection, not just for his films but for the man himself. His Oro, Plata, Mata (Gold, Silver, Death, 1982) is oft considered his best-known work, and one of the greatest if not the greatest Filipino film ever made.
I'm not a big fan; yet why does he bother me so? Partly I think because even I can see he's prodigiously gifted--you can't look at the extravagant celebration that opens Oro and fail to acknowledge the talent--partly because I find him so undisciplined. Reportedly the film's original cut ran to five hours--it's said than Ishmael Bernal locked him out of the editing room to trim the length down to a merely intimidating two hundred and ten minutes. You wonder at the excess Gallaga must have proudly put on display before Bernal dragged the production back to earth; you also wonder about each and every one of his succeeding projects, on which would ultimately come out on top: the filmmaking or the recklessness?
Unfaithful Wife is arguably Gallaga's most earnest attempt at domestic drama, with generous doses of sex on the side to help sell the production. Crispin (Michael de Mesa) runs a beer garden with his wife Irene (Anna Marie Gutierrez); Fidel (Joel Torre) walks through the barroom doors and immediately Crispin's face lights up: he misses his longtime long absent friend.
Read more »
at 4:53 PM No comments: 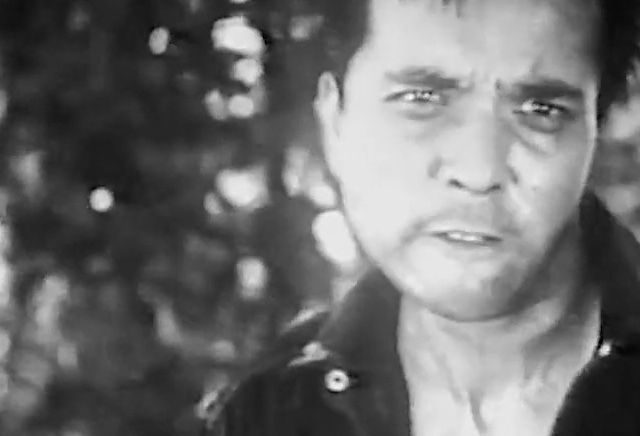 Precious little has been written online or on print about Manuel Conde save a book by Nicanor Tiongson (which I haven't been able to read, unfortunately, and is currently unavailable). The filmmaker is best known for his comic Juan Tamad (Lazy John) film series, and for writing producing starring in and directing a smallscale biopic on Genghis Khan that depicted the eponymous Mongol prince as an ambitious, charmingly inventive runt--the film competed in the 1952 Venice International Film Festival, the first ever Filipino film to do so.

Venganza (Vengeance, 1958) which Mike de Leon has made available on his Vimeo website (sans subtitles, alas) isn't as well-known and isn't the Conde we are familiar with: a straightforward drama about peaceful Simoun's (Mario Montenegro) vow of retribution when bandits led by Martinico (Eusebio Gomez) and Peklat (Scar, played by the always memorable Joseph Cordova) terrorize his village and cause the death of his newly wedded bride Pilar (Perla Bautista).

Saw Elaine May's Ishtar again after so many decades. In my book still holds up (thank god), an early masterpiece of cringe comedy.
Read more »
at 9:45 AM No comments: