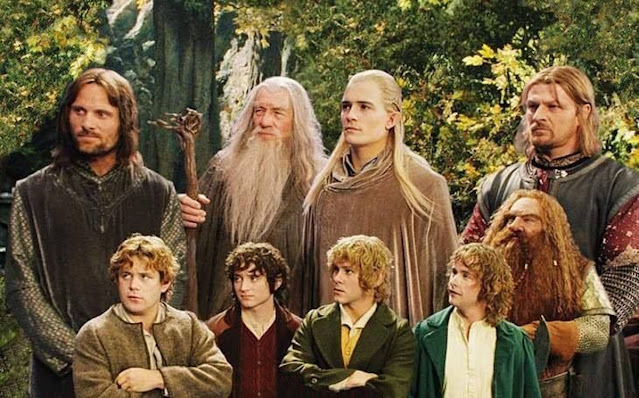 One of my New Year's resolution is to start on a positive note, and as much as possible mention only the good of last year, so this may be a short article. Let's see how it goes--

The year began with its biggest of course, Peter Jackson's monumental first installment of J.R.R. Tolkien's classic fantasy trilogy The Fellowship of the Ring. Tolkien fans had little to complain about: it was (mostly) faithful, (highly) intelligent, with just about the same level of (genuine) filmmaking talent Jackson demonstrated in previous works (Heavenly Creatures, The Frighteners). What a minority (me included) tended to miss was the little extra something Jackson brought to his own work, especially disreputable early titles like Bad Taste and Dead Alive: effrontery, humor, that mysterious debatable word "inspiration"--most say he has it, I say he don't.

Then there's Laurice Guillen's American Adobo, a fairly diverting, safe-as-houses entertainment on Filipino Americans--as an exploration of their psyche and troubled spirit, doesn't quite match Lav Diaz's 5-hour "epic" (word in quotes because it's such an intimate film) Batang West Side (West Side Avenue) but does show Guillen's canny commercial instincts to good effect.

There's canny commercial and then there's inspiration--what I felt Peter Jackson lacked and Diaz has in spades in Hesus Rebolusyunaryo (Jesus Revolutionary), released in February. Set 11 years into the future, Hesus has a military junta taking over the Philippines and our only hope is (who else?) Hesus--poet, warrior, philosopher, rocker. Made for roughly 100,000 dollars--about O nine-hundredth the amount of Fellowship--it's got twice the ideas and four times the passion of the bigger film.

May brought us Sam Raimi's Spiderman, watchable mainly for the soap-opera and Tobey Maguire's lead performance (light-years better than George Lucas' Attack of the Clones--also a comic-book soap opera, but nothing recognizably human whatsoever).

June was a busy month: the Indian Embassy brought a wide spectrum of Indian films, from Satiyajit Ray's moving last film Agantuk" (The Stranger), to Shyam Benegal's electrifying Kalyug (Machine), a retelling of the Mahabharata as  war between family corporations.

The glories of the festival however were the Bollywood musicals. Raj Kapur's Sangam (Union) is a three-hour kitschtravaganza about a love triangle with intriguing homoerotic undertones and Kapur himself as one of the lovers. Then there's Guru Dutt--all seven films including his two masterpieces: Pyaasa (Thirst), and Kaagaz ke Phool (Paper Flowers). The French Spring Film Festival tended to pale in comparison, though Francois Ozon's 8 Femmes (8 Women) stood out for being a musical--a colorful, entertainingly bitchy one. Trailing the tail end of June  in more ways than one was Dutt's inferior Steven Spielberg with Minority Report, possibly the most faithful rendition of Philip K. Dick's mindtwisting fiction to date (which isn't saying much--apparently Dick's fiction contains more twists than Spielberg's mind).

August began with John Woo's flawed but watchable Windtalkers--flawed in that this is barely recognizably the story of Navajo codetalkers in World War 2, watchable in the sense that Woo's filmmaking blows Michael Bay's Pearl Harbor out of the water.

The rest of August belonged to the Cinemanila Film Festival of which what more can one do than list down some of the films shown--from Tom Twyker and Krzysztof Kieslowski's poignant Heaven to Tsai Ming Liang's deadpan What Time is it There? to Fruit Chan's funny Hollywood Hong Kong to Takeshi Kitano's fiery Hana-bi (Fireworks) to Zhang Yang's intense Quitting to Bahram Beizai's heartfelt Bashu, the Little Stranger to Ashutosh Gowariker's extravagant Lagaan (Tax) to Alfonso Cuaron's sensual Y Tu Mama Tambien (And Your Mother Too) to Mohsen Makhmalbaf's inventive Once Upon a Time Cinema and masterful The Cyclist to Kim Ki Duk's odd Address Unknown to Hideo Nakata's eerie Ringu (Ring) to Zu When's spare Seafood to Ulrich Seidl's hideous Dog Days to Hou Hsiao Hsien's great City of Sadness. That, plus Cinemanila's granting top awards to two promising scripts--James Ladoray's witty satire Cut, and Mario O'Hara's supernatural epic Hocloban. Might safely be said that the festival was the high point of the year for Filipino film viewers.

The most exciting event of the month--possibly of the year--wasn't a film but a play--rather, a theatrical adaptation of Lino Brocka's slum classic Insiang. Mario O'Hara took his script of Brocka's film, fiddled with it, deconstructed it, changed the setting back to its proper location (Pasay City not Tondo) and fashioned a bleaker, more uncompromising ending--in effect O'Hara took what many call Brocka's finest and reclaimed it as his own.

It's a surprisingly long list, for a year that I remember as being generally disappointing. The year's best? Take your pick: everything from Tsai Ming Liang's What Time is it There?, Fruit Chan's Hollywood Hong Kong, Zhang Yang's Quitting (I'm sticking to recent films), Lav Diaz's Hesus Rebolusyunaryo. If I could, I'd argue for inclusion of Mario O'Hara's Insiang (technically a play but but but), and Hayao Miyazaki's Spirited Away (no commercial screening in Manila, but there are DVDs floating about).

First published on 1.3.03 in Businessworld 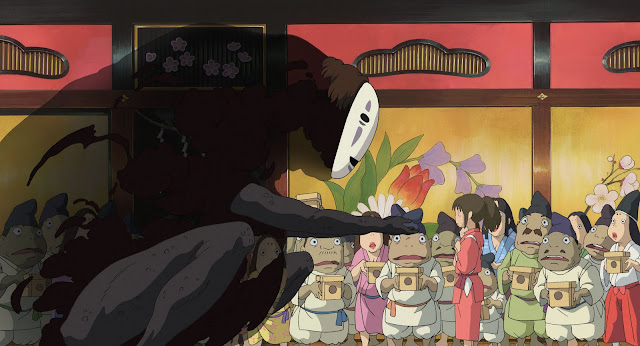 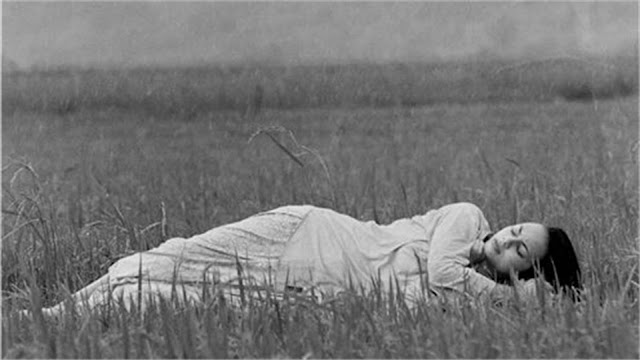