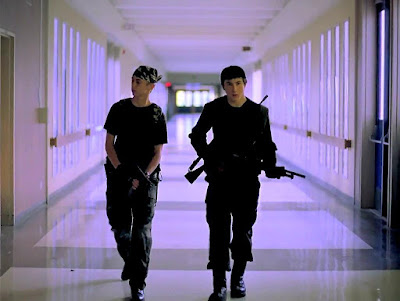 I can only guess Van Sant's thinking when he did Elephant: that there were all these docudramas and documentaries and news specials and articles trying to pin down the motives of the shooters, and the film is a response saying "there's no way to truly know." 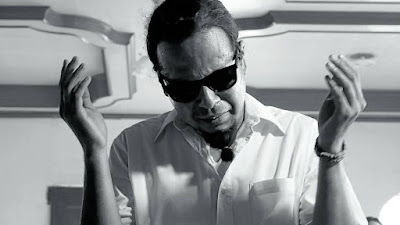 Okay as Tuco once put it "when you have to shoot, shoot; don't talk." 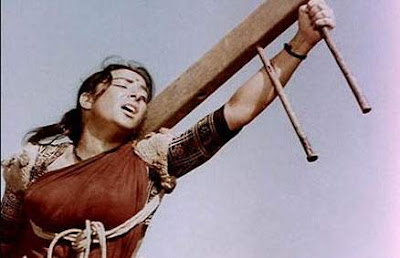 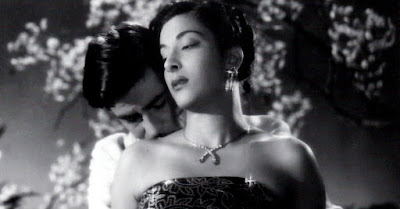 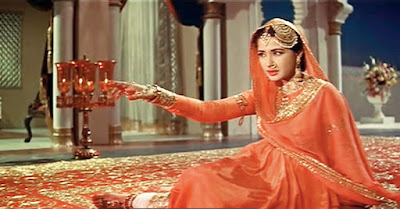 When most people think of Indian movies, they think of Bollywood, of men and women in colorful costumes, dancing and singing before elaborate sets; when more knowing people think of Indian movies they also think of Satyajit Ray and his brand of understated realism. The world's perception of Indian cinema remains fixed on a juxtaposition of these two extremes-- extravagant commercialism vs. austere arthouse. Film critic Pauline Kael didn't help matters when she said "Ray is the only Indian director; he is, as yet, in a class by himself...the Indian film industry is so thoroughly corrupt that Ray could start fresh, as if it did not exist..."

Which is an amazing statement, one she'd probably never have made if she knew better-- if, say, she had sampled the gritty neorealism of Bimal Roy's Bandini or Raj Kapoor's Awaara, the elemental power of Mehboob Khan's Mother India, the noirish gloom of Guru Dutt's Pyaasa. Indian cinema is a grand buffet of different styles and subcultures, from Bengali (not just Ray, but Ritwik Ghatak, and Mrinal Sen) to Bollywood; Ray didn't just come out of a vacuum but out of a teeming sea of productive filmmaking, most of which are wonderful musicals, some of which have a strong thread of realism and social commentary running through them that surely influenced him, and which he in turn influenced. Roy, Kapoor, Mehboob and Dutt among others made money and won large audiences; they worked in a strictly commercial format, but made films that were at the same time recognizably art. 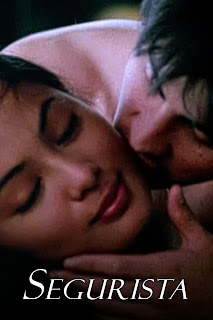 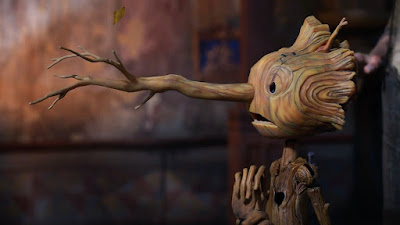 Guillermo del Toro's adaptation of the classic Carlo Collodi fantasy fits seamlessly into his gallery of monsters and freaks, but the changes he's wrought on this darker less sanitized work brings it closer to the Collodi original, places it in my book a notch above the 1940 Disney classic.

High claim, I know (and I like Disney's Pinocchio a lot). But hear me out-- 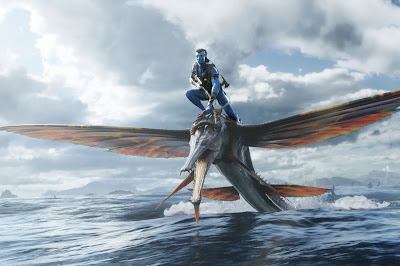 The first Avatar was too long too loud too ludicrous with its bioluminescent creatures (try hide in a forest when you glow in the dark) and floating mountains (apparent side effect of implausibilium-- sorry, unobtainum); worst than the scientific howlers were the dramatic ones, like yet another white savior come to lead the natives out of oppression (T.E. Lawrence, Paul Muad'Dib, Indie Jones, meet Jake from State Farm sorry Corporal Jake Sully, USMC). Cameron has the mindset of a true obsessive, able to blow hundreds of millions of dollars to create intricately realized worlds, but his skill at characterization and realistic human interaction remains at toon level. Some thirteen years later Cameron has re-emerged with not just one but three proposed sequels and one wants to ask: what makes him think we needed another nine hours of what we didn't want in the first place? 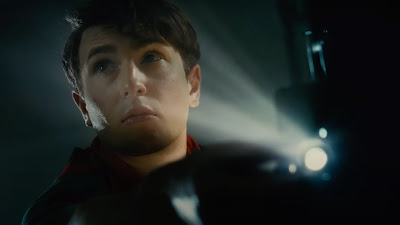 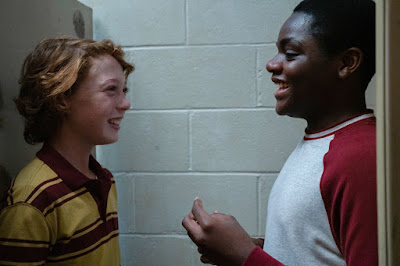 Arguably Steven Spielberg doesn't need to do an autobiographical film, he's been doing them all his life-- Sugarland Express features a mother as driven force of nature, Jaws includes the subplot of ship's captain bullying nerdy scientist, Close Encounters of the Third Kind follows a man so obsessed with his quest he abandons his family, ET described a lonely child with head crammed full of dreams, and as it turns out Duel and 1941 (knew it!) allude to one of his most formative traumas-- the massive car-and-train collision in The Greatest Show on Earth, which he saw as a child. That said Spielberg at this point in his career insists on an autobiographical feature-- a direct one this time-- hence The Fabelmans.