In A Lonely Place (Nicholas Ray, 1950, from the book by Dorothy B. Hughes) 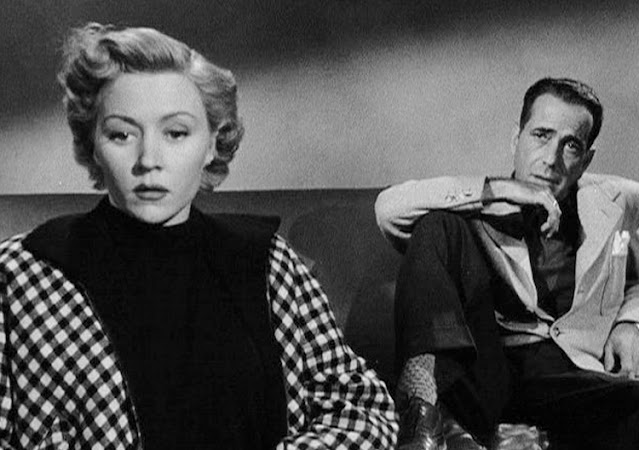 (Warning: details from the novel and film discussed in explicit detail)

Reading Dorothy B. Hughes' 1947 novel In a Lonely Place and watching Nicholas Ray's 1950 adaptation is like experiencing the difference between night and day: Hughes' novel takes place mostly at night it seems, in dense fog; you often confuse the misty Los Angeles evenings for Dix Steele's twilight view--occasionally there's the glare of a passing streetlamp, but it quickly fades into the haze.

Ray's film feels as if it takes place mostly in sunlight; even its interiors radiate the glow of studio kliegs--the film is described as a noir but if we adhere to strict definitions it breaks one rule of noir: not a lot of shadows onscreen. The look of Ray's films can diverge from the norm (see his debut work They Live By Night) but in this case he opts for the standard-issue brightness of a Hollywood production--why? 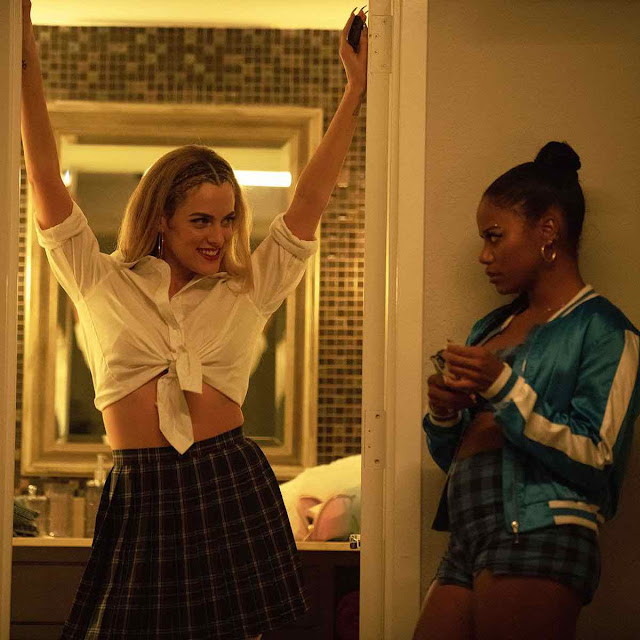 Talking about a film starring two strong women seeking to liberate themselves from the manipulation of men, a tale full of betrayals and reversals and bruisingly intense grappling between these women and the men they encounter along the way.

No not Black Widow--I mean Janicza Bravo's Zola which I figure is at least as thrilling and considerably funnier. The film arguably the first of its kind is based on a tweetstorm by one Aziah 'Zola' King back in 2015 that ended up being followed by Ava DuVernay, Missy Elliott, Solange Knowles, and some 108,000 others. 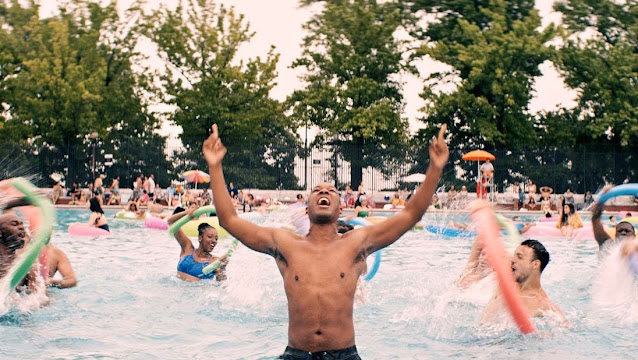 For your Heights only

Lin-Manuel Miranda's In the Heights which he started working on in college and managed to stage on Broadway some nine years later has finally made it to the big screen. It's handsomely produced with a $55 million budget, shot on location in Washington Heights, and features a strikingly handsome cast of mostly young actors and a handful of recognizable veteran talents.

The state of Philippine Cinema (from Cahiers' L'Atlas du Cinema 2004) 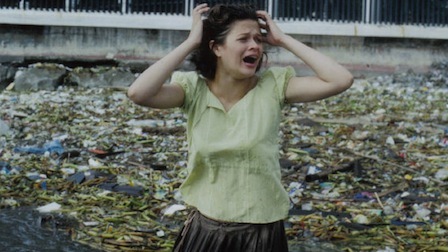 Several elements caused 2003 to be a poor year in Philippine cinema, continuing a trend that started years back. President Joseph Estrada, a former actor, was loyal to the local industry and allowed it to flourish a little, but his management of the national government was so confused and corrupt that he was overthrown by a popular revolt in 2001. His successor, Gloria Macapagal-Arroyo, was far less sympathetic, the eventual result of which was that film production rate hit a plateau, and began to recede. With presidential elections coming this May 2004, and a new actor, Fernando Poe Jr., again aspiring to the presidency (and, according to polls, has a good chance of winning) the local industry might receive better treatment but, paradoxically, the rest of the country fears the possibility of further chaos.