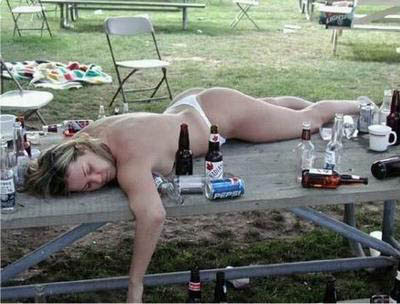 The Next Day Blues

I have to admit, I enjoyed parts of Todd Philips' The Hangover 2 while actually watching it; some jokes were funny, some performances amusing. Coming out of the theater I experienced a sense of gassy bloat--a sour-scented hint of worse to come, if I don't get myself an Alka-Seltzer, fast.

The Hangover (2009) didn't make much of an impression; thought it was Animal House only with the frat boys all grown, a tiger and Mike Tyson thrown in; that the action was set in Vegas exploited the city's familiar tag line ("What happens in Vegas stays in Vegas"), presumably with the city's wholehearted approval.

The Hangover 2 is actually an improvement; where in The Hangover much of what was implied turned out to be more threat than actual danger, in The Hangover 2 much of what is implied is actually carried out. There's a sense of raised stakes--instead of a missing tooth we have half a face tattooed, and a severed finger wearing a ring; true the tiger has been reduced to a Capuchin monkey, but the monkey overall is far more entertaining--he puffs cigarettes and cops an attitude and when hurt plays for sympathy as well as any veteran ham.

There's not much more to be said about the movie; on paper I can see what Philips and his writer are trying to do, with much of the comedy arising from the participants' appalled reaction to the debaucheries of the previous (and unremembered) night. Sounds like a smart move, and I'm surprised there haven't been more classic comedians who have tried building a feature out of the premise--I remember a sequence or two, mainly from Chaplin in City Lights (1931) and The Gold Rush (1925).

Perhaps actually playing drunk (both feigned and real) is more comically rewarding? Chaplin managed to turn a soused man's homecoming into at least one classic short (One A. M. (1916)); W.C. Fields parleyed drunkenness into a career (The Bank Dick (1940) among others). Fields' last starring feature Never Give a Sucker an Even Break (1941) had the distinction of suggesting that the film's director and writer (Edward F. Cline and Fields himself, writing as Otis Criblecoblis) were dead stinking drunk when they made the picture--it was that bizarre.

I do like this sequel's manner of escalation, how one situation worsens into another; I like Ed Helm's hapless dentist, here engaged to be married to the lovely Lauren (Jamie Chung)--here he's the movie's emotional core, a Milquetoast trying to stand up and be counted a man. I like Ken Jeong's Mr. Chow, returning as a generalized Asian gangster (I don't really remember him from the first picture, and if he makes a bigger impression here I suspect that's because not as much time has passed). Zach Galifianaki's man-child is every bit as infantile but his routine's old hat; Bradley Cooper's trying for action-star status (he figured in Neil Burger's Limitless--actually quite good), so to further prove his manliness his character is shot in the shoulder. The cellphone pictures that end the movie suggest a much funnier comedy was in the works--too bad the photos are all that's left.

I do think there's a Steven Moffat-written Dr. Who episode somewhere here, a timey-wimey thriller a couple of script drafts away from perfect execution--perhaps a more intricate narrative structure and wittier dialogue would have helped. Perhaps not--why waste effort on what in effect is already a presold commodity, the sequel to a low-budget boxoffice hit? People are going to watch--why bother make it actually good?

A few minor complaints. First: I've known men like Mr. Fong, Lauren's father, who at one point compares Stu to tasteless rice porridge (please skip this paragraph if you intend to watch this movie--which I don't recommend); I don't believe for a second he would have a change of heart. Men like Fong enjoy bland rice porridge; more, they enjoy having rice porridge for their son-in-law, and woe to the rice porridge--sorry, son-in-law--that dares stand up to the man. A lot of the movie was downright unlikely (that Capuchin monkey, the chase through Bangkok), but Mr. Fong softening like that? No way, Jose.

Second: Bangkok has its edgy side, sure, but I don't believe for a second the city's fleshpots can compare to a wild night in Metro Manila. I'll give them their kathoeys--met a few and they are pretty--but let them meet our "banana cutters" and "toreros," then maybe they can say they've actually seen something special. And if the so-called Wolf Pack craves a little danger, just have them visit Pasay one weekend--we'll make 'em feel welcome. Dark side my ass.

"Pop dat bottah cap for you?"

i can see that you would've prefered manila over thailand which i do too. we could make a petition online to film 'the hangover 3' in manila. Todd Philipps mentioned in an interview that he's open for suggestions. just a thought.hope u would consider it :)

I'd rather have, oh, Khavn de la Cruz or Quark Henares do it. More talent for less money.

Saw this on DVD. I thought the comedy relied too much on sex and drug jokes, and not much else. I also can't believe someone who loses a finger could be so cool about it (especially someone who plays the cielo). What I did like, though, was the somewhat reverse discrimination, about upper-class Asians looking down on middle-class Westerners, in the sense that I don't see it often in movies. (Also, I've been to Bangkok just once, in 2005, and I never knew a seedy, slummy side existed.)

Oh there's a dark side, but Malate past midnight, ayayay!