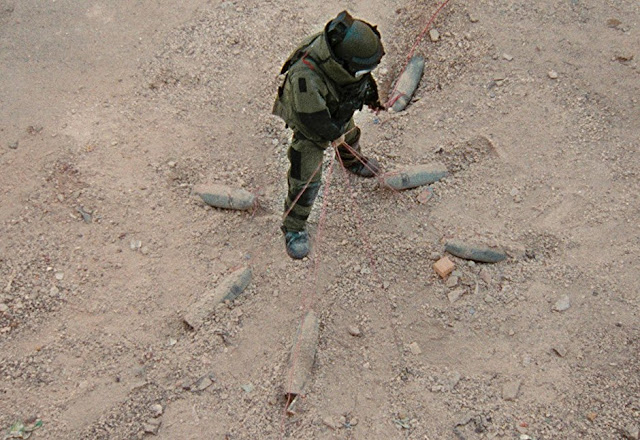 Kathryn Bigelow’s The Hurt Locker has been called the best film yet made about the war in Iraq, and one can see where they’re coming from--it’s crude yet coherent, understated yet intense, and it knows that first and foremost, before you even deal with the politics of war, you portray its head rush, the ‘drug’ mentioned in the film’s opening titles.

Bigelow’s eminently qualified. A woman successfully working in what’s basically a man’s world, she’s done one action film after another in various genres, and managed to give them an unapologetically distinct visual design--the chilly metallic look of Blue Steel, the dreamy twilight feel of Near Dark (arguably her best work), the headlong rush of Strange Days. Her editing is precise and swift, but she’s also a long-take fan, perfectly capable of going against the grain of today’s chop-suey editing and shaky handheld cameras.

If she has a weakness, it’s her scripts--Blue Steel had its moments, but Ron Silver’s psychopathic killer-lover was ultimately too silly to be truly disturbing; Strange Days started out strong but ended up underutilizing its fin-de-siecle scenario; even Near Dark had its narrative implausibilities (is vampirism that easy to cure?).

Hurt Locker seems different; its scenario doesn’t indulge in fantastic flights of fancy (narrativewise, I mean), and it doesn’t strive for glaringly unearned dramatic moments. The story is of a piece--basically, the life of an EOD (explosive ordnance disposal) squad, counting down days of active duty; in its way are seven scenarios, six involving bombs of escalating degrees of complexity, that it must survive to go home.

At the film’s center, breathing harshly like a Kubrickian spaceman in his bomb disposal suit (a heavy-duty affair of armor blast plating, Kevlar, fire retardant polymers and ballistic nylon) with matching helmet (visor made of hardened acrylic/polycarbonate laminate) stands Staff Sergeant William James (Jeremy Renner), a daredevil disposal expert who likes to keep souvenirs of the bombs he’s dismantled in a box (“this is shit from Radio Shack, man” a fellow soldier finally tells him). Funny, but there it is: a movie about a man who only lives when he’s in danger of dying.

James is the film’s wildly beating heart and biggest problem. As Renner (who bears an unsettling resemblance to thirty-year-old Rainer Werner Fassbinder, with “fuck you” attitude to match), plays him he’s a deadpan gambler willing and able to stake his life (and his fellow soldiers') on the possibility he’s right. He pulls up bomb wires with casual aplomb; he rips open car seats and carpeting with evident gusto. It’s as if dismantling bombs were a child’s game where he pretends that he reads his opponent’s playbook with complete clarity, even if he doesn’t (he doesn’t, not always, definitely not with the final device).

James’ bravado makes him cool and ultimately lends this movie much of its seductiveness. And seductive it is--the bombs are, as that soldier put it, “Radio Shack;” not the gleaming hi-tech bombs of movie villains past, but the product of ingenious minds with limited budget and resources. Their designs have an ingenious logic, a logic James follows with unbridled glee--if you wire a 155 mm round to detonate, would you use just one? If you want to hide a bomb, where's the ideal hiding place? If you want to fashion the ultimate undefuseable bomb--the last one that James, late in the film, deals with --just how would you do it? Bigelow stages and Renner plays each sequence with absolute conviction; you can’t think clearly, what with all the tension onscreen.

It’s when you’ve left the theater and the tension’s gone that you realize how big a con job this is, how much the character of James has been cribbed from louder, sillier antecedents like Lethal Weapon, only with Renner doing a far more persuasive job with far less than Mel Gibson ever did (Gibson at least had a wife long dead). Does the film say anything about the absurdity of the Iraq war? Only incidentally, in the background--in the way the Iraqis gaze at James with his bombs, as if this were an example of performance art with lives only incidentally at stake. That's an entire world into which he’s intruding, suit and bombs and all, and the onlookers may or may not have an interest in his safety. They deserve a more complex, less contrived view of the war and its causes and its effects.

No, the film doesn’t have anything profound to say about the war; it’s a skein of macho clichés linking together a series of bomb defusing sequences, admittedly superb. Thanks to those sequences, this may be the best film to date about the Iraq war; I just don’t think that means as much as we’d like. 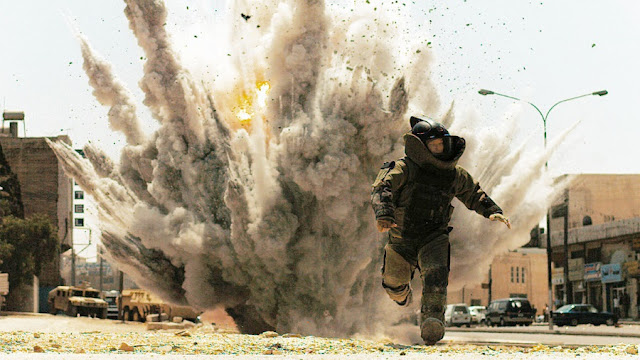 Hi
I expected that this movie will be really good.
And it is.
Kathryn Bigelow its a talented director but her movies are uneven.
Her most distiguished movie is actually Near Dark.
I'am raelly satisfied with her "come - back". Direction of course direction is a men's world. This is the reason why I admire Ida Lupino.

Lupino's amazing, isn't she? I love the usual suspects--The Bigamist, The Hitch Hiker. But even something like Hard, Fast and Out of Control has wonderfully shot tennis sequences (the rare tennis movie that I really like--not that there are many), and melodrama that really cooks.

And she was hot too. Like Bigelow. Hot women directors rock.

Lupino was marvellous. I love Hitch - Hiker she direct it like the big names of direction: Walsh, Wilder or Hawks. This is my favourite movie from her. I like Bigamist too much even if the fact that my copy was very bad.
Really good films - my personal opinion - are Rebbeca Miller's "Angela" and "The Woodsman" from Nicole Kassell.
If you don't have seen these films and you find time check them. The second its a disturbing theme but this woman really got a lot of guts and Kevin Bacon is at the top on his performance.

I struggle to admire Wilder.

Hawks and Walsh are no struggle to love.

The Bigamist was extremely moving; it had soul. Hitch Hiker was a nightmarish torture session that rarely, if ever, let up.

Those films sound interesting. So many films,so little time...