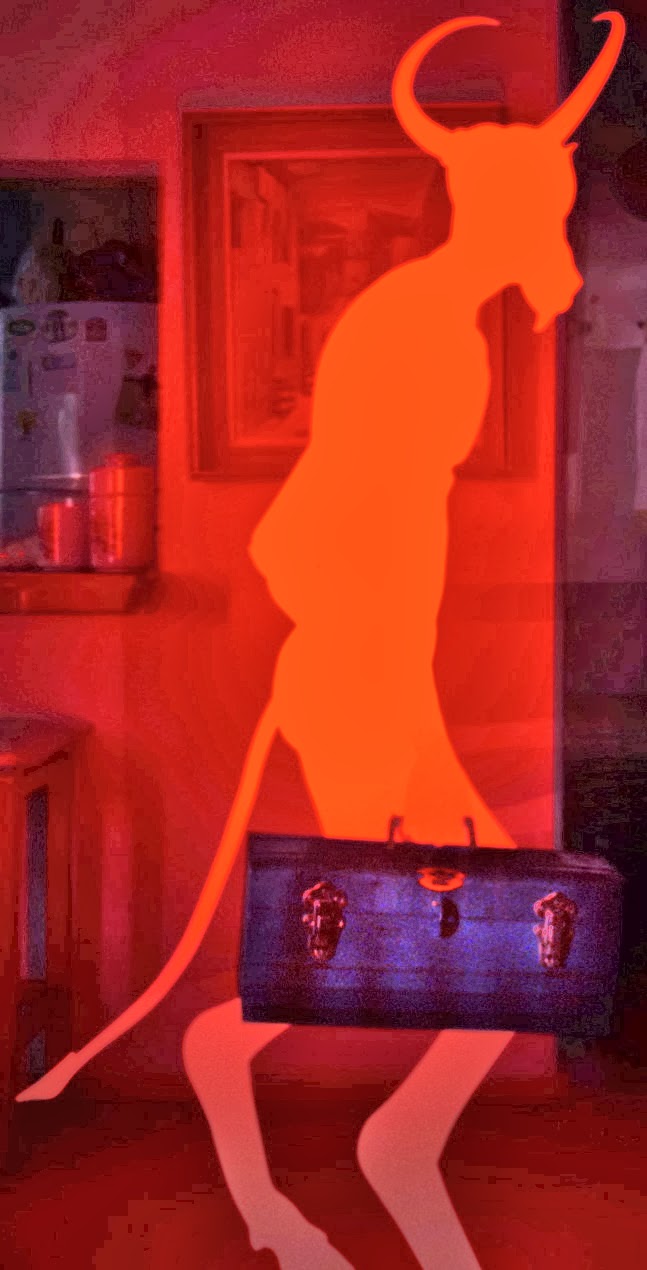 Not a big fan of the distortion effect used around the edges of the frame in the exterior scenes (Gerardo de Leon did the same thing in his Banawe, and it felt and still is a silly gimmick that obscures otherwise gorgeous images) but Carlos Reygadas' semi-autobiographical film told in the style of Luis Bunuel with a generous helping of David Lynch is a fascinating anti-narrative. It does speak of patriarchal anger and spousal passivity and how one enables the other (demonstrated in an erotic interlude that takes place in a sauna, where the rooms are named after artists and philosophers) and of children's dreams portending quiet apocalypses (cows surround a little girl, lowing; the sky literally rains blood) but to pin Reygadas' work down to anything more definite is to risk looking silly, even wrong; this is a Rorschach blot of a film that you interpret at your peril. 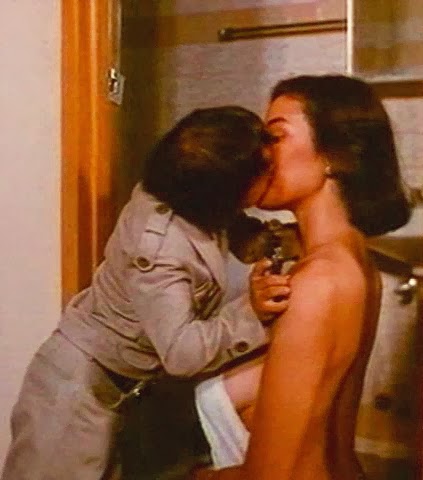 No one loves a film more than a cinephile, and few love Philippine cinema more, apparently, than Andrew Leavold, owner of the late Trash Video (it's closed since), an Australian specialty store that traded in cult and bizarre titles. Leavold called his establishment 'Trash,' but that's to entice his customers; it's clear from his debut documentary that he really means 'treasure,' and he treasures few films as he does Eddie Nicart's For Y'ur Height Only (1981), featuring the one and only Weng Weng, a 2' 9” actor reportedly named after a Filipino drink--so much so Leavold spent seven years to bring his film to the (big, small, video) screen.

Mind you, For Y'ur Height Only isn't in the tradition of Lino Brocka or Ishmael Bernal; the movie was meant to parody the James Bond flicks and was produced on a budget tinier than its diminutive star. But what Leavold reveals in his prodigiously affectionate piece of cinejournalism is that there are arcane pleasures to be found in this more disreputable branch of Philippine cinema (among others, that Weng Weng was a pretty good martial artist who consistently delivered a vicious roundhouse kick, and that he wooed onscreen some of the more beautiful actresses in the industry, in various stages of undress), not to mention drama and pathos galore (Weng Weng was never properly paid for the millions he made his producers, and died in relative obscurity). It's as if Leavold were practicing a paraphrase of Jean-Luc Godard's dictum: the best way to pay tribute to a beloved movie (and the wild and rollicking cinema behind it) is, in effect, to make another movie.

Coogler's docudrama, about Oscar Grant lll's very last day before he is shot by the San Francisco transit police on New Years' Day, 2009, may be manipulative--it adds details that help soften the outlines of the youth's hard-luck life--but it's still powerful testament to the fragility of a young black man's life in modern America.

Not as expansive in scope and intense in feeling as his Tree of Life (2011) and he still hasn't found the sense of humor he lost not long after making Badlands (1973), but Malick's latest does inspire the film's eponymous emotion, if you don't happen to insist on straightforward narratives and clear character motivations. Gorgeous cinematography and vague voiceovers are par for Malick's works, of course, but here the vagueness hints at people who are unhappy and can't express exactly why they're unhappy--and this lack of eloquence, this inability to communicate may be key to their dilemma. Easy to label this as a pretty picture with pretentious ambitions, but the sight of Ben Affleck, Olga Kurylenko, Rachel McAdams and Javier Bardem aching to reach out to each other and failing to make contact is a sight a touch too disturbing to simply dismiss. Not major Malick, but better than most Hollywood productions out there.

Not as gritty as his The Fighter, or as imaginatively idiosyncratic as his I Heart Huckabees (in my opinion his best work to date), but David O. Russell's semi-fictional take on the Abscam affair is funny, sexy, and not a little poignant: the character sketch of a con man (Christian Bale)--his physically and morally repugnant aspects as well as his somewhat mystifying appeal--is worth the price of admission. Shot in Russell's signature hand-held style (with thankfully minimum shakiness) and stitched together to Russell's distinctively nervy rhythms, the film includes Jennifer Lawrence and Jeremy Renner in star turns, and Amy Adams as Bale's faux English aristocrat mistress (my favorite performance in the picture). It's lightweight Russell that resembles too closely Scorsese back in the '70s but still worth the watch. 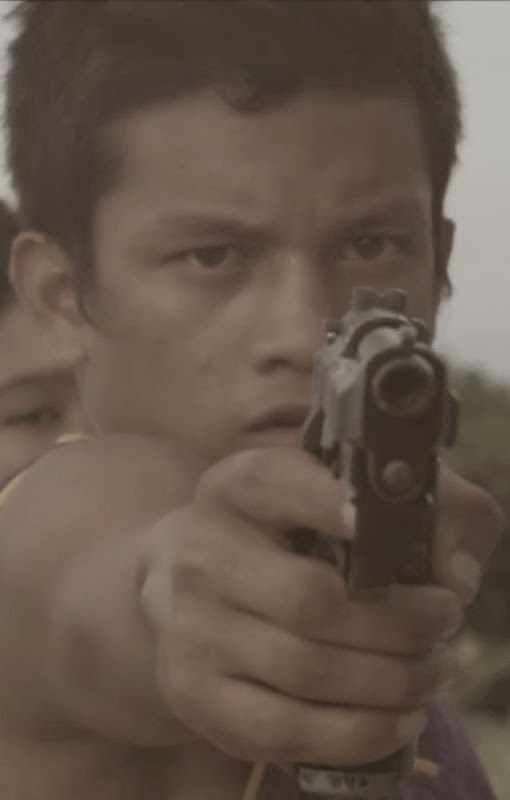 Taking a page off of Jean Vigo's Zero for Conduct and possibly Mario O'Hara's Pangarap ng Puso (Demons), Deligero's bildungsroman has something of their experimental, freewheeling spirit. A group of youths embarks on a series of often hilarious, usually profane, sometimes sensual escapades, and along the way Deligero unleashes a barrage of cinematic no-budget tricks and surreal images--an impromptu re-enactment of a Filipino action sequence; a chicken massacre; a blackboard covered with spermatozoa--giving us one of the most exciting and original films of the year.

Call it Scorsese's Inferno: on the surface a three-hour celebration of the excesses of the '90s--sex, drugs, and money rolls--ramped up to 11 by the addictive camera and editing style, the film (thanks to the director's unrelenting need to resist doing the predictable or even acceptable thing) makes its slow dive into perdition and ruin so gradually you're almost convinced the slide began at the very start, when he was a dewy newbie in Wall Street, and that it was in Jordan Belfort's very nature that he rise high and then lose it all (or lose as much as a formerly all-powerful white male in America can possibly lose and still clinch a book deal and movie of his life's story). All of Scorsese's films are acts of penance in their way (for him or his surrogate protagonists), and this one is no different: go, sin no more.

Call Wong's latest a corrective to Ashes of Time: the fight sequences here are gorgeously shot and edited and coherent, where the fight sequences in the previous work are sheer confusion. Sadly, many of the filmmaker's devotees have deserted him for selling out and delivering a halfway conventional biopic, of legendary martial arts master (and trainer of Bruce Lee) Yip Kai-man (also known as Ip Man). I see it differently, as Wong's most radical film yet: a monstrous chimera of a creature that starts out as straightforward biopic, then evolves into something more wayward, more volatile, more inimitably Wong--in effect, a film to confound both ordinary viewers and Wong's own fans.

It's an odd-couple comedy: retired nurse Philomena Lee teams up with journalist/author/disgraced civil service officer Martin Sixsmith in a quixotic search for her son, which she was coerced by nuns to give up for adoption years ago (it's also yet another true story, making this a year stuffed with based-on-real-life adaptations). Judi Dench and Steve Coogan score points off of Philomena's relative guilelessness and Sixsmith's grating snobbishness, and otherwise put up an entertaining enough comic act to let us relax our guard--and then dive in for the dramatic kill. There is some question as to the ethics of resurrecting one nun to be the target of the film's very clear scorn (though the accusations leveled at her and her fellow sisters are, according to Sixsmith, true), but the real question in my mind is: will the Church allow this to be screened in Manila? Because Philomena's faith is real, and the way she struggles to maintain that faith in the face of her Church's abuses is to my mind an issue we all should face, and struggle with as well. Far and away the best thing Frears has ever done. 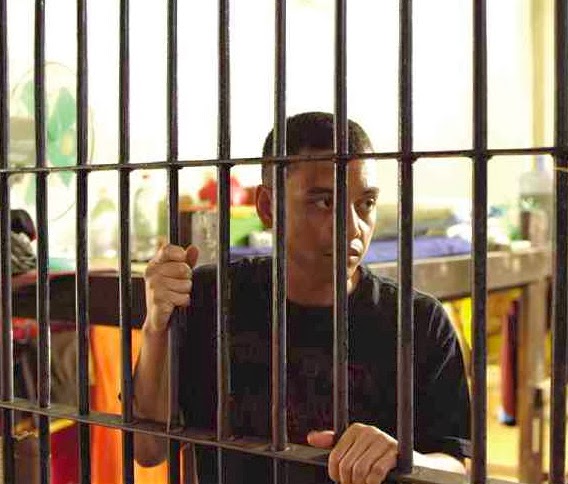 Some might consider Lav Diaz's latest at four hours a compromised condensation (his usual films run from six to eight hours, and are based on his own scripts--this is his first attempt at translating someone else's writing to the big screen); instead it's his most visually gorgeous work--incidentally his first in color since, oh I don't know when--and his most overtly Dostoevskian, a transposition of Crime and Punishment to Filipino society. It's also the most richly humane, most rounded film I've seen in 2013, an unflinching view of both existential evil and uncomplaining good, though Diaz's attitude to either quality is actually more complexly ambivalent than I've suggested. In terms of ambition and uncompromising art, the film of the year.

Didn't do a 'Best of 2012;' frankly speaking, after the loss of various major film artists of Philippine cinema that year, I couldn't muster the enthusiasm to celebrate anything, much less draw up a list.

This represents what I believe to be the best of what I've managed to see in 2013, whether released in Manila or elsewhere; if they haven't reached local theaters they will soon, or will be released in DVD or online, in which case I hope this can serve as a guide to what might be worth watching in the coming months. Sadly, my year-long fast meant I failed to write about or note what I considered the finest film of the past few years, and Lav Diaz's strongest work to date: Florentina Hubaldo, CTE, about a young woman suffering from chronic traumatic encephalopathy (the answer as to why she should suffer from what is basically an aging boxer's disease is the source of much of the film's unsettling power). Against that massive tragedy, all else--Hollywood or otherwise--seemed puny in comparison.