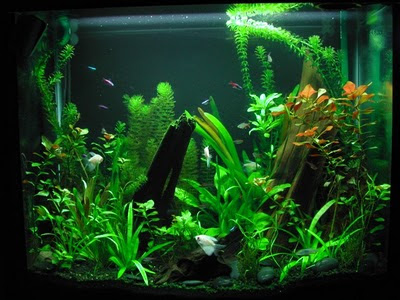 
A Single Man (2010) is one hundred minutes of Colin Firth struggling with his pain, as seen through the honeyed lenses of director Tom Ford's camera.

That's basically what the film's about and, truth be told, more than enough reason to see it. But for those that require a more detailed reason: the film is an adaptation of Christopher Isherwood's 1964 novel

, about the final hours in the life of a gay man. George (Firth) lost Jim (Matthew Goode), his companion and lover for sixteen years, some eight months ago; life has presumably become unbearable since and George has gone and bought a gun, apparently planning to commit suicide.

It's more of a mood piece, really; a day in the life of a man ending his life. Ford, a first time director, throws in panic (though you see little visible evidence of this) everything he knows about color and design on the big screen--a car flipped over in snow, looking like the freshly uncovered portion of a Himalayan ruin; Jim lying in a pool of bright blood like a freshly butchered slab of meat; George and his longtime friend Charley (Julianne Moore) dancing in her enormous living room, all high-piled carpet surrounded by a vast semicircular sofa; George in water, floating (either he's intrauterine waiting to be born or in saltwater trying to drown himself or in dreams, trying to decide between one state or the other).

The film is one ravishing image after another, production designed to within an inch of its life; what gives the film its urgent, half-smothered heartbeat is Firth. He's all bottled anguish, the spark of life and feeling shut away within an invincibly British sense of propriety. His exact emotional temperature you have to guess at from the angle of his tight-lipped mouth; the pain of loss is suggested by his bleary eyes, which look as if they have seen far more than they wish to see, and wish to see no more. Firth is the beleaguered deep-sea diver in Ford's elaborately constructed salt-water aquarium of a film; we watch in growing dismay as he stumbles about, groping blindly, hoping to find his way out, failing miserably again and again.

Julianne Moore's Charley only sharpens that dismay. A fellow diver in Ford's aquarium, Charley clearly loves George; just as clearly, George appreciates her but cannot respond in the one way she wants him to. They're spiritual intimates, perceptive of each other's moods but hopelessly unresponsive to each other's pheromones (or at least he of hers). Their long scene comforting each other while getting progressively drunk is like an encounter between cat and dog who like each other, trying to ignore the inconvenient fact that they are of different species.

Then there's Kenny (Nicholas Hoult), who represents the kind of possibilities life can offer George again, if he's willing to open his eyes and see them, if he's willing to let go of Jim. Ford shoots George's scenes with Kenny with just that kind of frisson, that lightly touched-upon friction of cloth on cloth--or better yet, skin on skin--one feels during a flirtatious moment. Firth is a delight here: part befuddled professor (“why would he be attracted to me?”), part voracious predator (“I could eat you up!”), part distracted mourner who refuses to appreciate the distraction--it confuses his feelings for Jim, muddies the waters of his carefully built aquarium.

In a sense the film is Ford's onscreen re-creation of George's aquarium, the closed-off environment George has constructed and confined himself to ever since Jim died (of course Ford's work is really an onscreen realization of what Isherwood did, creating the inside of George's head in his novel years ago). It's a marvelous objet d'art (or objet d'arty, if you like) in its artificiality and stylization, even in its claustrophobic airlessness, which I believe to be deliberate--no, you don't build aquariums like these for fun but for suffering; you put yourself in it because you believe you somehow deserve this, to choke to death in a closed-off environment. Charley offers unconditional love--but love like that has its limits, especially when you can't fully respond; Kenny offers a more intriguing package, a sexual playfulness painfully echoed in George's flashback scenes with Jim.

Those scenes, brief but vivid, have the openness of life before and beyond George's aquarium. They amount to but minutes of the running time, but George and Jim's tenderness and ease with one another is in marked contrast to George's contact with all other human beings. It's as if only with Jim can George be fully himself, fully free; without him George can only be alone--a single man, indeed. That suggestion of love binding and true lifts George's loneliness beyond the classic premise of a gay man cut off from most society by his homosexuality and into the more universal situation of a human soul that once found kindred ecstasy in a fellow human soul, lost that soul, and found naught else but irredeemable isolation. That's the kind of anguish any viewer, gay or straight, can understand instantly, intensely, completely.