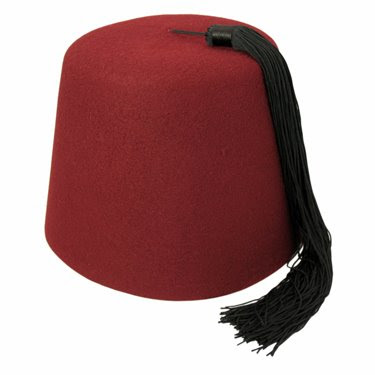 Never mind that it skewered practically every episode of the season and threaded them into a complicated concatenation of unlikely coincidences.

Never mind that it sewed up every plotline and loophole and issue into one mindtwistingly intricate Gordian knot of a resolution.

Never mind that it did this with snap, speed, and a generous dose of wit and humor.

What I think Moffat's real achievement is, is that he kept his priorities straight. He knew what was important to his idea of the Doctor, and paid due attention to it.

I think nothing illustrates Moffat's priorities better than the moment when River Song--just having been saved from the exploding TARDIS and having to deal with the End of the Universe--strides out to the museum roof, turns to the Doctor and says: "Right then, I have questions, but number one is this: what in the name of sanity have you got on your head?"

It's not about the Pandorica at all; that's what Hitchcock used to call a McGuffin. Russell T. Davis, god bless 'im for having revived the Doctor so successfully, had at least one major weakness that irked me endlessly: he put too much importance on McGuffins. Daleks, Cybermen, Masters, so on and so forth; it became too soap opera-ty, too grandiose, too End of Time-y; the Doctor's dilemmas became universe-shaking affairs that required a cast of hundreds, including all the Doctor's companions, to resolve.

Hence: The Pandorica. As it turns out, Moffat has that problem resolved by the Doctor, wearing a fez and holding a mop, popping out of nowhere and handing over a sonic screwdriver. So there, Davies!

What are Moffat's real priorities? Why, screwing up the time scheme and, above all, audience expectations as much as possible (waitaminit, wasn't that the Doctor in the box last episode...?). Trying to fill in Rory's place in Amy's heart. "Will she be safer if I stay?" he asks of the Doctor. "Look at me in the eye and tell me she wouldn't be safer." Moffat grants poor Rory, Amy's much abused and very much dead fiancee, the chance to redress his betrayal and prove his (literally) undying love for her. Instead of spending time on that silly Pandorica--basically a creation of the young Amelia's imagination--Moffat spends the time telling the tale of the devoted centurion, guarding the mysterious box for two thousand years...

And young Amelia. I noticed it throughout the season: Moffat's not afraid to give us valleys along with the mountaintops. I thought The Eleventh Hour was a high note hit far too early, and I was right and wrong at the same time; he'd chosen to hit it at that moment for his own reasons, to fulfill his own ideas about what the whole season would look and feel like. Not saying he had it all planned from the beginning--in interview he's as much as admitted he was racing against the deadlines--but that he had definite ideas about what he wanted to happen in the series, and one of them was to plot a course that deviated from how most Whovians expect the series to go.

Hence, Rory, and River Song with her immortal line about the fez, and the Doctor's equally immortal reply (Song's line has to date turned up forty thousand times on a Google search, and even has its own Facebook page). And young Amelia, who was such a vivid presence in the first episode, and who lives on in the kooky, spiky, sexy performance of Karen Gillan in succeeding episodes.

This, as I noted before, is really all about Amelia after all, the little girl who waited for her Doctor for fourteen years, and two years after that--if I were to be half-serious about it (the other half being unserious, but only half), all this, all of the Doctor's adventures and sufferings and near-death escapes and running (and oh! has there been so much running), everything and anything he has gone through and experienced the past few months are all meant to bring him back in a gigantic circle so he can pick a sleeping Amelia up in the garden, tuck her back in bed, and tell her a desperate little bedtime story about a very old man and a borrowed blue box. That's Moffat's real priority.

And that's pretty much it, only I have to note that it's really lovely how Moffat can take a piece of folklore ("something old, something new, something borrowed--") that dates back possibly to the Victorian age (though the poem's next line refers to a color that has been linked to weddings since--get this--Roman times) and make it a perfect description of the TARDIS. Makes one actually look upon the little rhyme with suspicion (do you really think the Doctor may have...?), which is what the very best science fiction is all about. It upends conventional thinking (Look at Wells' War of the Worlds and how it upsets our notions of natural superiority). It puts matters--ordinary matters we never much think about--in a brand new perspective (Look at Mary Shelley's Frankenstein and how it challenges our notions of what is alive, what is human, and what possesses a human soul). It changes us in ways however small, even something as small as the way we look at an old marriage custom.

Wonderful episode, wonderful season; if I don't think it measures up to the very best of the previous five seasons of the new Doctor, that may be because I consider four of Moffat's six previous scripts for the past four seasons to have set the bar very high. Blink had a more intricate and elegantly structured plot all crammed into a single episode, whereas this finale was developed over the course of an entire season (think of what Moffat achieves here, and of how Nolan's Inception is far less witty, or intricate, on a far more expansive format); The Girl in the Fireplace had more heartbreak (though Rory--and the Doctor himself, towards the end of this episode--did have their moments); The Empty Child / The Doctor Dances turns on a wonderfully original concept, using war-torn Britain as a fitting backdrop (an End-of-the-World scenario taking place against what most Britons at the time must have felt was the End of the World), presenting the chilling image of a boy patiently, implacably, looking for his mother. Moffat's latest joins that august company; here's to hoping his next season will be as good, if not better.

I agree with your assessment and also enjoyed the finale. I only tuned in to the series starting this season though so I feel a bit in the dark where all the races and rules of physics the series operates under are concerned but hopefully i'll pick those up as i go along

The series look upon the laws of phsyics the same way Bush Jr. looked upon the Geneva Convention.

I have been a Who fan since the 70's and I sorry to have to say that I didn't like this series very well. I'm sure Matt Smith is a very good actor, but I don't think he has created his own Doctor persona. Also give me a break from Dr Riversong! She acts as if she is all that and a bag of chips! Or maybe all that and some fish & chips if you're on the other side of the ocean. Come on how can any human really understand & operate the TARDIS, plus why does she always seem to be more itellegent and more in control than the Doctor? Eventhough the FX our better of late, the writting and acting are not at all. I need a TARDIS so I can go back in time to experience some quality Dr Who! Or show me the way to the Zero Room so I can sheild myself from these stories!

The series is going downhill fast...

We know why Dr. Song can drive the TARDIS, right?

That's a view I recognize as valid. Moffat set up such high expectatons we keep expecting versions of Blink and Girl at the Fireplace and Empty Child/Doctor Dances all over,and when he doesn't pull through we're disappointed.

I do like the series 5 finale, and specific episodes of Season 6. Not up to Moffat's highs, but higher than most others right at the moment. I do think Moffat's script for Sherlock does touch on that high.