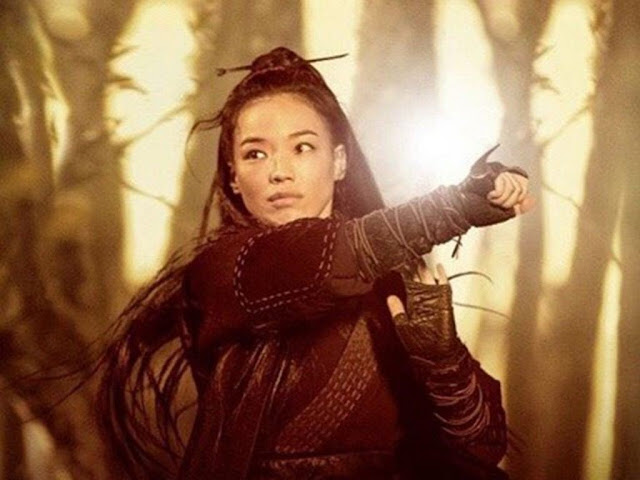 Participated in two End-of-the-Year surveys: Film Comment's and Sight and Sound's, the latter having the advantage of making every voter's list (mine included) available online.

Two titles that impressed me the most--Aleksei German's Hard to be a God and Isao Takahata's The Tale of Princess Kaguya were released in their respective countries in 2013, on DVD in the USA in 2015; they're included in my 2014 tally.

Good as the following may be I really haven't found anything that engaged and moved me as much as those two masters' final works (one died, the other retired)--hence my title.


Spectre I'd call Sam Mendes' most personal work and the best of recent Bonds (which ain't saying much); The Hateful Eight at three hours and several buckets of blood is perhaps the first Quentin Tarantino I've actually like (which ain't saying much either); Birdman was the first Inarritu film I actually liked, so it's disappointing that his The Revenant tries so risibly hard to raise the dramatic stakes, to the point of throwing what looks like a wholly digitized bear in the effort (that said the camera--when it isn't trying to float--does capture spectacular nature imagery); Sicario is a good example of two limited genres combined (the drug melodrama / the silent assassin); Jupiter Ascending despite critical drubbing is actually underrated fun, the Wachowski's best in years.

Kingsman: The Secret Service is wittier and more stylish than Spectre; The SpongeBob Movie: Sponge out of Water is in my book the best American animated film of the year; Avengers: Age of Ultron is more unwieldy yet more human than its rock-band predecessor; K'na, the Dreamweaver is clumsy in its big effects, charmingly lyrical in its details.


Phoenix is a stylish wartime drama that makes the mistake of welcoming comparisons with Hitchcock's delirious Vertigo;
Spotlight is an important news story (about sexual scandals in the Catholic Church) given earnest if conventional big-screen treatment; Love and Mercy is an unconventionally lovely biopic about music genius Brian Wilson; The Kindergarten Teacher is a quietly unsettling drama about a poem-spouting child prodigy and his obsessively protective instructor; Room (about another boy and woman trapped in physically if not emotionally claustrophobic circumstances) is well-wrought if not complexly nuanced.

The Big Short (about the 2008 financial crisis) is another example of an important story that isn't told as well as it deserves (thought Wolf of Wall Street did a better job with a smaller story); Tangerine despite a few missteps manages to go some distance on improbably high heels; Li'l Quinquin is grimly funny, though you wonder about its attitude towards small-town folk;  Brooklyn treats its characters better, though you can't help but think James Gray hit this out of the park with an earlier film.

Mr. Holmes pays sneaky homage to the legendary fictional detective; Ex Machina is clever sexy SF fun. People complain that Joy is too obvious, too simpleminded; I like to think of it as a wonderfully Capraesque fairy-tale, told through David O. Russell's beautifully fluid visual style.

Blackhat's hero has been accused of woodenness; the film itself I consider a darkly gleaming wonder. Mad Max: Fury Road is the action film of the year--which shows with depressing clarity the limits of that particular genre. Crimson Peak offers a slim slightly ridiculous story on which to hang some of Guillermo del Toro's most beautifully crafted images. La Sapienza is perhaps the finest most thoughtful film on architecture I've seen in years; Pedro Costa's Horse Money eloquently speaks the poetry of despair.

When Marnie Was There

Hiromasa Yonebayashi's sophomore effort (he directed the more overtly fanciful The Secret World of Arietty) is a ghost story, if by 'ghost' one means a lingering memory and not ectoplasm. The film puts aside Studio Ghibli's fantastical creatures to tell the Gothic tale of one lonely girl's friendship with another.

You can't help but wonder about Anna: why she's so deliberately off-putting; why her interest in the world and in others (Marnie aside) is so wan, her dislikes and hatreds so intense? Her eponymous friend is even more perplexing: is she a specter from the past, a figment of Anna's imagination, an actual girl living in and enlivening the present? And why do they have this immediate and intense (almost homoerotically so) connection?

Yonebayashi doesn't present the narrative as a mystery--a recognizable puzzle to be investigated and solved, as dictated by genre--so much as a mysterious process, a subconscious dealing with trauma and loss. Wonderful film--calling it 'animated' seems smallminded--and a fitting last work (if it is last; hope springs eternal) from the legendary studio.

A Pigeon Sat on a Branch Reflecting on Existence

Roy Andersson's heroically deadpan film suggests its premise from the title: a pair of alien eyes peering down at grotesque humanity trying (in 37 precisely composed static shots) to comprehend the incomprehensible. The narrative is minimal: the camera sometimes follows a pair of slow-motion salesmen selling novelty gag items; sometimes loiters in a bar where at one point the customers all sing an inspired rendition of "John Brown's Body;" sometimes gazes impassively as Charles XII rides a horse into a modern cafe, hits on a young bartender. If you find this sort of thing funny--a big 'if'--you'll want to watch this (and people need to watch themselves around you, but that's another story).

Another comedy (odd--or not--that in a year full of real-life horror the comedies resonate so). Abderrahmane Sissako asks what would happen if a group of Muslim militants (the Ansar Dine) take over the historical African city. The results are not as unremittingly grim as you may think; the people resist in all kinds of ways, from furtive indoor singing to (in one glorious sequence) the playing of imaginary football to a woman attired in brilliant peacock blue, her hair tied in bows her arms outspread, daring the soldiers to confront her. They shrink back, perhaps in bewilderment perhaps in fear, the power they sense streaming from her as inexplicable as it is indisputable.

Combine an ambivalent attitude towards the borderline abusive yet (some would say) character-building Philippine military with a rather breathless homoreroticism and you might have Kanakanan Balintagos' latest film, an adaptation of his '80s stage play. Balintagos doesn't so much hide the film's theatrical roots as revel in them, encircling the actors in swirling long takes, drinking in their tightly formed muscles and creamy brown skin. Are the officers taking physical and sexual advantages of the cadets' hazing? Yes. Maybe. Maybe the cadets are complicit (you don't see them resisting much when the officers get hands-on); maybe everyone accepts this as a necessary step to building military culture. By film's end you're so drunk on the director's potent mix of discipline and desire you aren't sure of the answers--or if any answer is possible.

I admired more than adored Todd Haynes' Far From Heaven. In channeling Douglas Sirk's '50s melodramas he seemed to have channeled too much of Sirk's distancing visual style, not enough of the filmmaker's impassioned tone. The result was beautiful but oddly unmoving, as if Julianne Moore's Cathy and Dennis Haysbert's Raymond were passing ships that never got to approach, much less engage.

Haynes' film is simple as a stolen kiss; Olivier Assayas' is more complicated--a teasing buildup between an actress and her assistant, rehearsing a theater piece where they play lovers. Do they have feelings for each other or are they playing characters with feelings for each other? Are the characters really troubled or are the actors' repressed emotions leaking through? Bookended on one side by a deft satire of film festivals and auteur worship, on the other by an equally deft satire of Hollywood star power that in the final scene suddenly sprouts fangs, it's one of the most unclassifiably supple subtle sexy films I've seen this year.

Lav Diaz's first feature documentary--about the child survivors of Typhoon Yolanda (Haiyan) is in a way a remake of his Death in the Land of Encantos, only telling a true story instead of imposing fiction on the blasted landscape.

I have to confess, I prefer fictional Diaz--prefer his bleak narratives that in Encantos seem to have found their perfect backdrop, prefer his ideas and characters trying too hard to scale themselves to the surrounding devastation. The people in Storm Children simply are; you miss the overreach, the attempt to transcend surface realism.

That said muted Diaz still seems better than almost anything else; the little figures struggling to dig out vital material buried deep in the sludge have their own pathos, muted dignity, ways of coping. Watching these diminutive figures crawling past the hulk of beached ships (stranded hundreds of feet past the shoreline, a testament to the storm's power) you can't help but ask: what is everyone else doing? Where's the government in all this? Millions in aid according to the news and months later the city's still half-drowned in mud. Diaz doesn't give us any answers, doesn't have to; the questions posed by his lens are powerful enough.

Not that it doesn't have its genre pleasures--the occasional fight sequences are quick and brutal (much like real fights), and breathtaking only if you're sharp enough to suss out the choreography (at one point the eponymous killer Nie Yinniang--Shu Qi--disarms a swordsman with an extra pirouette and the twist of her limbs (you might want to replay the moment several times to really appreciate the move)). But Hou above all is about mood and tone and character study: the extraordinary intimacy for example between Governor Tian Ji'an (Chang Chen) and his concubine Huji (Hsieh Hsin-Ying); the wordless stance Yinniang assumes before her masters--her posture defiant without saying a word. Wonderful new work from one of the greatest of Chinese filmmakers.

It's telling that the best film ever to deal with relatively young technology was directed by the oldest living enfant terrible. Jean-Luc Godard examines not just the visual possibilities of 3D but its political philosophical metaphysical implications, not to mention verbal and narrative.

The result is Godard's funniest most lyrical work in years, dense and difficult but (even at a slim seventy minutes) not insubstantial, possibly the first time I can call (with straight face and clear untroubled conscience) a 3D film a work of art. 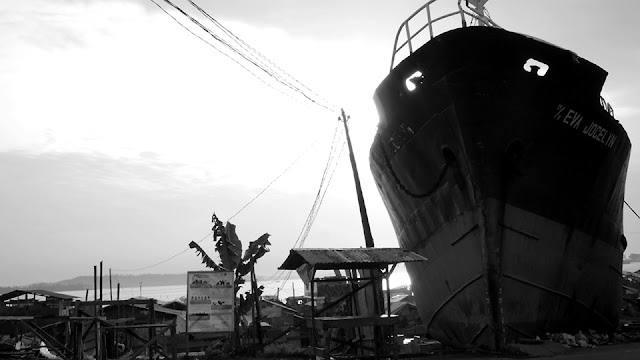