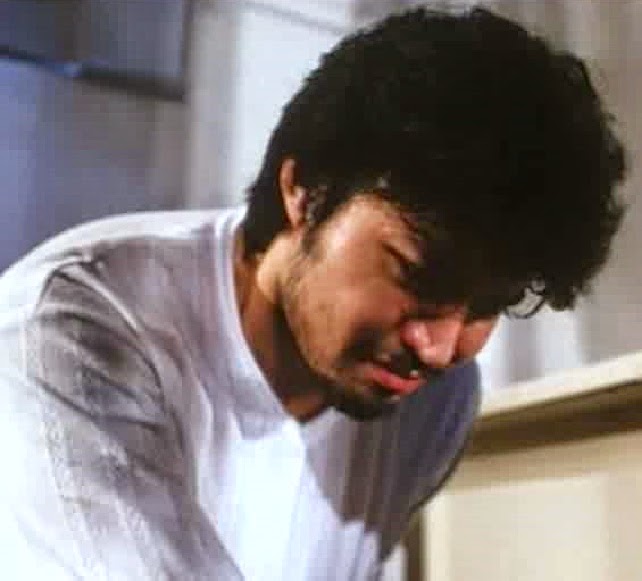 Lav Diaz broke a record when he made Batang West Side (West Side Avenue)--with a running time of five hours, it’s the longest Filipino film ever, one of the most complex, and certainly one of the most ambitious. On one level it’s an investigation into the murder of a Filipino youth; on another it’s a meditation on the Filipino-American experience; on yet another it’s an urgent query into the ultimate direction being taken by the Filipino people. Diaz continues to flout the rules of standard Filipino filmmaking with his next project, Hesus Rebolusyunaryo (Jesus the Revolutionary), possibly the first serious work of Filipino science fiction ever made.

It’s set in 2011, nine years into the future (Editor's note: that's how it is with dystopias, always in danger of going out of date), when the Philippines has been taken over by a military junta; the leader, a General Racellos, wields tight control over the country’s single TV station, radio station, and newspaper. Racellos’ power is being challenged by Muslim secessionists, by the Communist movement, and by a rival military group; in the middle of this turmoil stands Hesus Mariano (a quietly volatile Mark Anthony Fernandez)--scholar, rock musician, sharpshooter, poet, warrior.

Hesus is an unusual blend of low-budget filmmaking and Diaz's unique sensibility. Most of it is set at night, in deserted city streets strewn with garbage--deserted because it’s the cheapest way to shoot a film (you save on extras), but also deserted because General Racellos has declared a curfew, so while you see suggestions of crowded urban life (the piles of garbage) you don’t actually see the crowds. 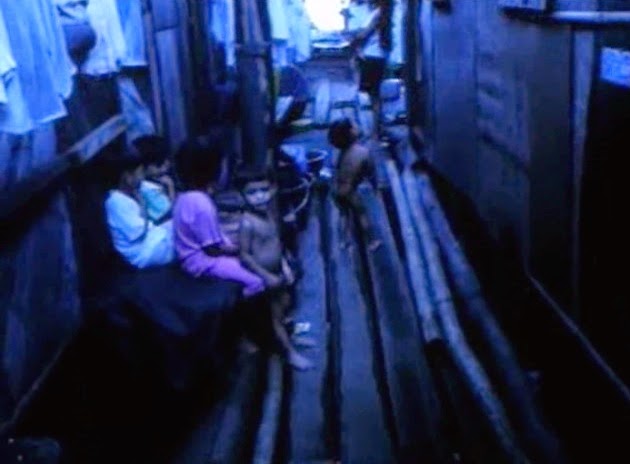 When you do see people it’s in places beyond the government’s control, like the shantytown Hesus hides out in, an extraordinary combination of wretched squalor and natural lakeside beauty--the makeshift houses are suspended, Venice-like, over water, an entire community on bamboo stilts, eking out a living. Nine years into the future (Diaz seems to say) and we have yet to take our cue from the opulence of the surrounding Filipino landscape; nine years, and we still insist on huddling close together, miserable in our poverty and choking on the stink of our own waste. Hesus is somewhat unusual even by the standards of today’s science-fiction--except for the deserted streets and spray-painted graffiti you won’t see any evidence of advance technology, any sign at all that it’s almost a decade into tomorrow; if anything, things appear to have gotten worse…which is exactly Diaz’s point.

Hesus is what you may call “dystopian” science fiction, a genre of SF that depicts nightmare futures instead of idealized ones; in this sense, it’s solidly in the tradition of Aldous Huxley’s Brave New World, or George Orwell’s 1984. Perhaps more closely related to the latter than the former--Orwell’s novel is as much about 1948 (the year it was written) as about 1984, just as Diaz’s film is about Philippines 2002 as it is about Philippines, 2011.

Even the storytelling in Hesus is unusual, with scenes of violent gunfire interleaved with scenes of extended meditative stillness. The action is fast and intense, but after a while you sense the repetitiveness, you notice the improbable premise (Hesus fends off dozens of soldiers wielding automatic rifles with a mere handgun). Then you realize that the action is patterned after the popular “Counterstrike,” with Hesus rounding corridors and descending stairways in the police-approved stance for handgun shooting--both arms straight out, swiveling with the eye-line like a tank’s gun turret--the only variation being the different settings where each gun battle takes place. Firefights or action sequences in action movies, Diaz’s seems to tell us, are like video games, and about as meaningful--you only indulge in them to get to the next level. The film’s real concerns (aside from making the aforementioned point) are elsewhere (though the gunfights as action sequences are paradoxically well done--cleanly staged and coherently filmed). 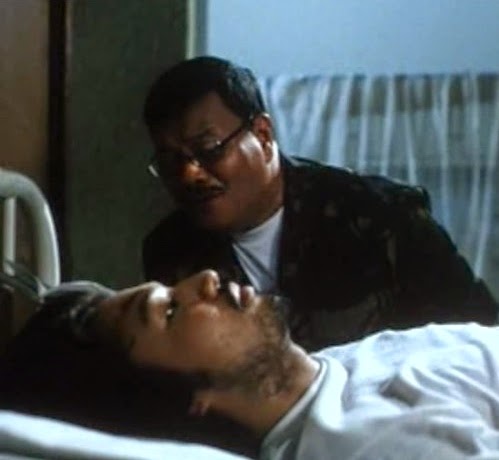 One such gunfight is followed by a lengthy sequence where a Colonel Simon (the always great Joel Lamangan) waits for the wounded Hesus to wake from a coma. Simon reads one of Hesus' own poems to him, and while the moviegoer may puzzle over this sudden break to do a recital the poem is actually the heart of the movie, the same way the song Jeanne Moreau pauses to sing is the thematic heart of Francois Truffaut’s Jules and Jim. Reading the poem Colonel Simon describes a simple meal of tomatoes, fish and rice--he could almost be reading back to the prisoner Hesus’ dream of a simple life, the same way Orwell’s protagonist dreamed of simple things: a mug of beer, a bit of bread and cheese, a woman to lie in bed with. It’s an epiphanic, quietly moving moment.

There is one more source of inspiration I see Diaz acknowledging with this film, and that’s the godfather of all modern Filipino revolutionaries, Jose Rizal. Hesus Rebolusyunaryo is Rizal’s Noli Me Tangere cast in science-fiction terms; Hesus is a younger Ibarra, slowly learning to be disillusioned not only with the society he has chosen to oppose, but with the communists he has chosen to oppose society with (Diaz reveals that the film’s premise was based on the 1996 purges in the Communist party, where comrade accused fellow comrade, and entire cells were killed on the basis of mere suspicion). Hesus’ commanding officer, Miguel (the extraordinary Ronnie Lazaro), acts as a more mysterious, more malevolent Elias, whispering subversive thoughts to Hesus, guiding him along paths of either sudden damnation or eventual enlightenment (Hesus can’t be sure which).

A film about the future, mixing the influences of George Orwell, Jose Rizal and video games! Hesus was made on a shoestring budget (around five million pesos) and shot in roughly twenty days, but the ideas teeming in it are enough for a half-dozen lesser films. It’s an action flick with an attitude, a political satire with a philosophical bent, a science-fiction drama with a committed political stance; it’s also, after all is said and done, something of a surprise that films like this can still be made, in this country, in these times. No, more than a surprise--a miracle.

Republished in my book Critic After Dark: A Review of Philippine Cinema (copies available in the link provided) 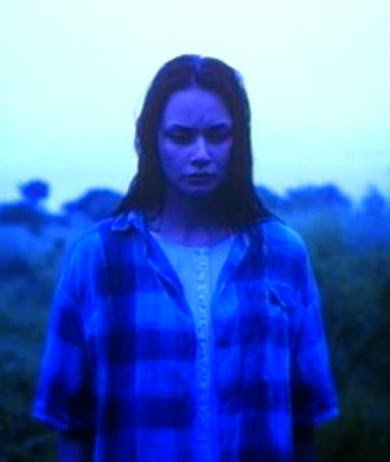