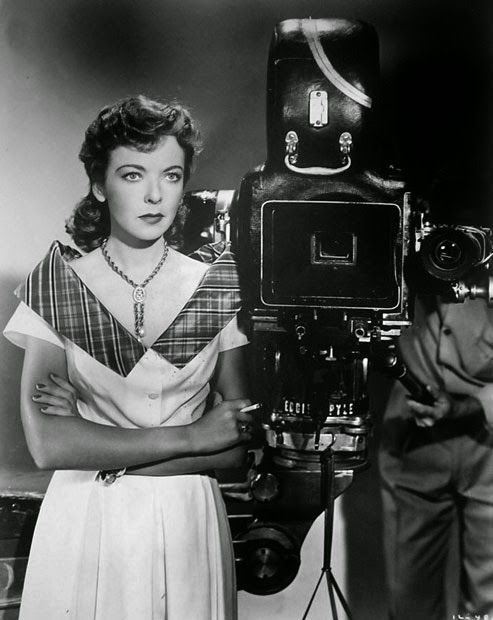 Ida Lupino was a Hollywood anomaly, a woman who wasn't just a lovely and talented actress but a filmmaker with a distinct sensibility--an auteur, if you like. Saw her first in Raoul Walsh's High Sierra (1941) where she was Humphrey Bogart's poignantly loyal girl and fell for her then, but when I saw how her Lana Carlsen reacted to Joe Fabrini's (George Raft) rejection of her advances in Walsh's They Drive by Night made a year earlier (she kills her husband then pins the blame on Joe), the hairs on the back of my neck stood up. She was a sexual force of nature, someone you played with or rejected at your immediate peril; I was hooked, but good.

A woman who could play both hard-luck gun moll and homicidal obsessive couldn't be trusted to stay in front of the camera forever, and she didn't: in 1949 she and then-husband Collier Young formed The Filmmakers, a production company that would produce nine features--five she directed herself, five she helped write, four she acted in, one she produced. 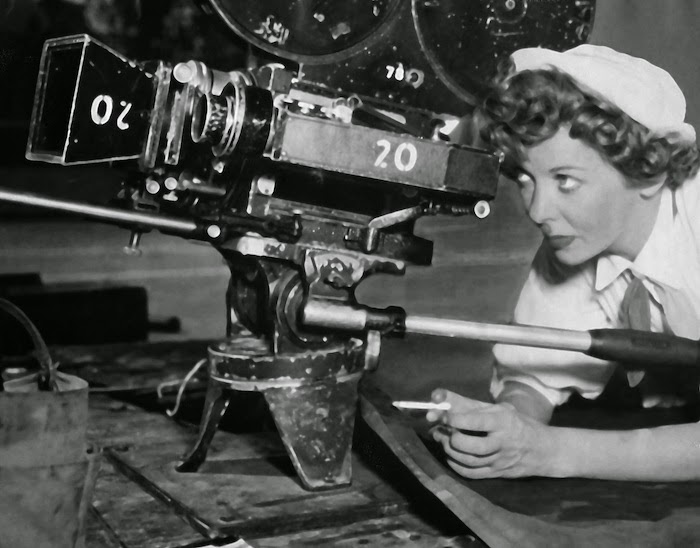 Outrage (1950) suggests the kind of material a feminist filmmaker would tackle: a study on the aftereffects of rape, where Ann (Mala Powers) flees friends and family in an attempt to erase memories of the trauma. But the sequence leading up to the assault shows Lupino learned a thing or two from working with directors like Walsh and William Wellman--the chase between Ann and her pursuer is shot and choreographed like a desperate game of hide and seek, with huge trucks standing about as mute witnesses. Lupino like many of today's women filmmakers (filmmakers in general, actually), focused on characterization and acting; unlike them she also had a strong visual style, and you see both in a small-town outdoor dance late in the film. An establishing shot moves past Ann (who's standing to one side), through the dancers (mingling with them), ends on the other side where Ann is still walking, still alone--not a word spoken, but the movement has just shown you how the townsfolk enjoy themselves, how Ann is not part of that enjoyment. Later, a throwaway shot of Ann fleeing the dance--you see the dancers at horizon's edge, lit like an abandoned Eden; you see Ann running up a dirt road towards the camera, weeping hysterically, the curve of road from dancers to Ann emphasizing the physical and psychological gulf between them. 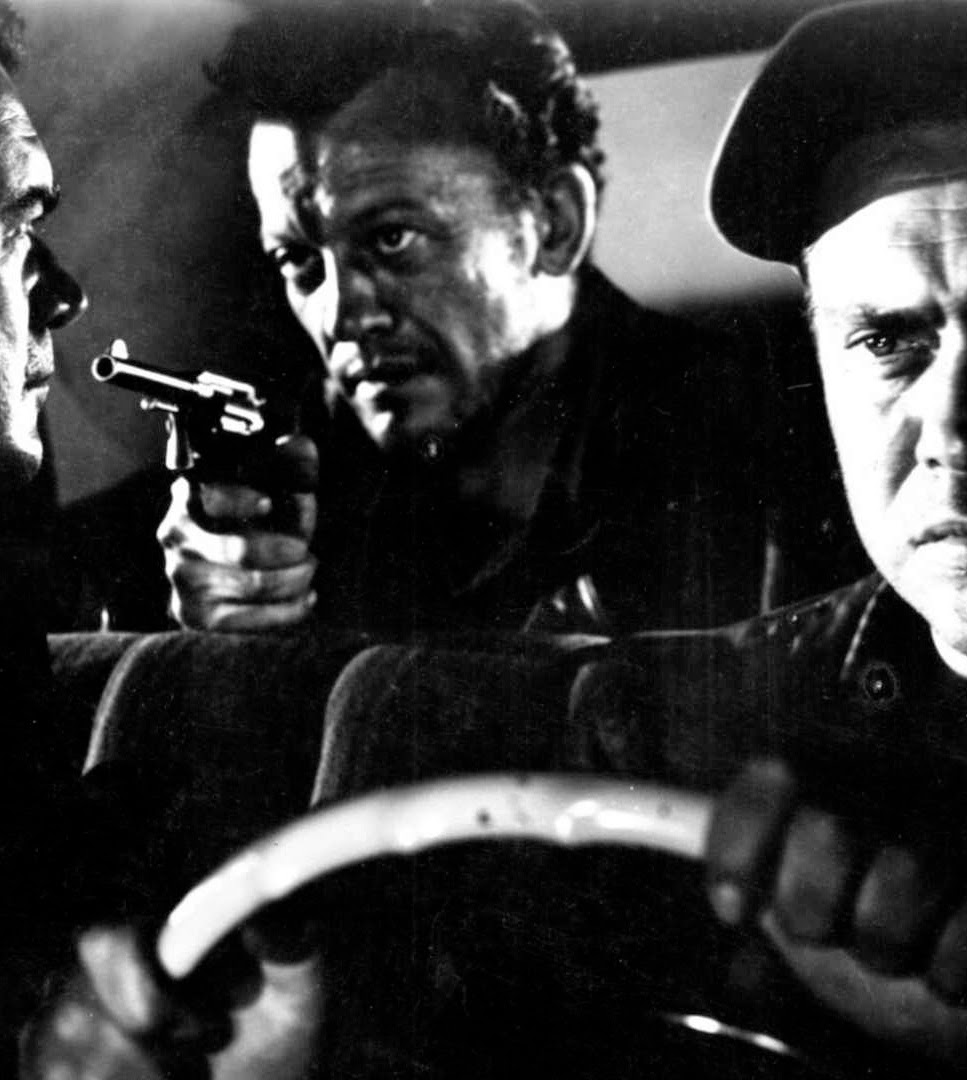 The Hitchhiker (1953) could have been directed by Walsh at his most elemental: Roy and Gilbert (Edmond O'Brien and Frank Lovejoy) pick up a hitchhiker (William Talman) who turns out to be Emmett Myers, a psychopath wanted for a string of murders throughout the Southwest. What makes this Lupino's film is Talman's unsettlingly sadistic performance as Myers--he isn't content with just beating the two men, he enjoys torturing them mentally too (he tells them, for example, that he'll kill them when they stop being useful). He has an unblinking eye that stays open even when asleep (they can't be sure whether or not he's watching), a bizarre little touch that may or may not be meant to recall the legendary Cyclops (another one-eyed monster who held men captive and terrified). 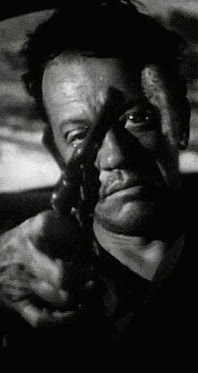 Then there's O'Brien, who gives us the normal American male--a fishing buddy, no less--slowly falling apart from stress. Lupino is unsparing in her portrait of a man's helplessness and despair (in a way, her camera's refusal to turn away from O'Brien's harrowing breakdown is as sadistic as Talman's freak eye). This is Lupino's best-known work and often considered her masterpiece.

(Cute poster. Note the Hawthorne-ish scarlet letter inserted in the title, the 'the' encased in an accusatory finger)

The last film Lupino would direct (and help write) for The Filmmakers and my personal favorite is The Bigamist (1953), possibly the only major performance where she directed herself (unless you count (due to extraordinary circumstances) Nicholas Ray's On Dangerous Ground)). She abandoned her by-now trademark noirish visual style to focus on hapless Harry Graham (O'Brien again), married to Eve (the coolly blonde Joan Fontaine) and seeking to adopt a baby. Mr. Jordan (Edmund Gwenn), the man processing their papers, is uneasy; his investigations lead him to Phyllis Martin (Lupino), Graham's other wife, and heavy with child.

The Bigamist shows unusual sensitivity towards Harry's predicament; as O'Brien plays him, he's basically a decent man who, step by simple step, falls into wedlock with two women, neither of whom he has the strength or insensitivity to hurt. A big figure with wide shoulders and bull head, O'Brien was a favorite of Lupino's to play everyday men (an amateur fisherman, a traveling salesman) that she would crack open like a walnut, the better to examine the insides; conversely, O'Brien seemed to utterly trust Lupino, to allow himself the kind of vulnerability few men have the courage to expose onscreen. Fontaine and Lupino would complicate matters by playing two flawed but just-as-sympathetic women legally bound to Harry--Fontaine's Eve not meaning to abandon Harry to his loneliness, Lupino's Phyllis not meaning to lure Harry with hers. No outright villains in this movie, no figure you could point to and clearly assign blame (or at least assign without feeling regret of some kind)--just people recognizably, uncomfortably like you, struggling to do the best they can. 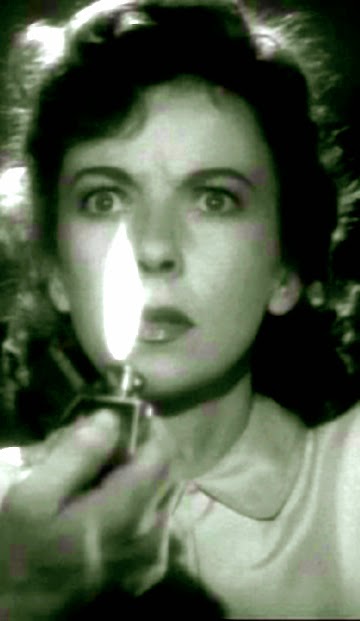