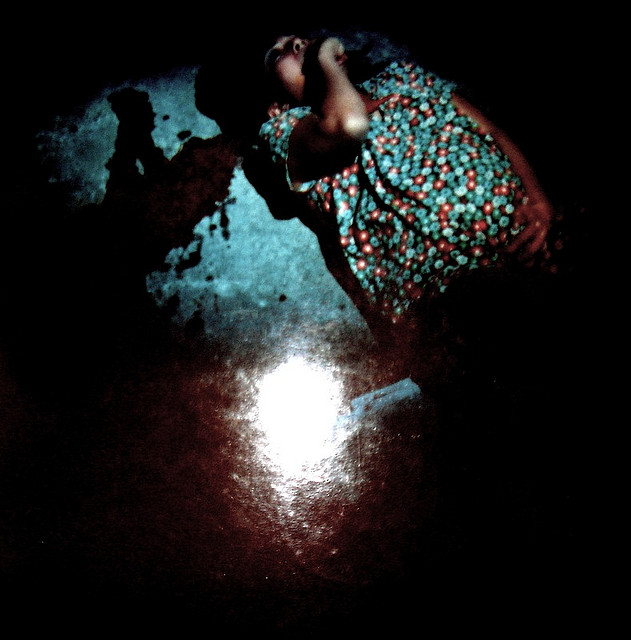 (Too busy to post something on the third anniversary of his death, but not too busy to remember. An expansion of an earlier post)

In Mario O'Hara's Bulaklak sa City Jail (Flowers of the City Jail, 1984) Nora Aunor plays Angela, a cellmate newly initiated into the prison hierarchy (the initiation ritual is, to put it mildly, harrowing). O'Hara includes a constellation of small stories, from a veteran prostitute who works extra hard to install her son comfortably in the jail's male section to a mother driven mad by the death of her only child to a woman determined to escape, if only to revenge herself on her husband's mistress. Angela's storyline however dominates the film: she's just been informed that she's newly pregnant, which isn't happy news for her--she's more interested in breaking out, perhaps rejoining the man who got her impregnated.


Possibly one of O'Hara's (using Bautista's script) finest achievements as storyteller is his depiction of Angela's changing attitude towards the baby, from burden to blessing to--eventually--her only prized possession. She is in a sense punished twice: first with confinement, second with a body that becomes less and less suited to confinement, and paradoxically the changes--the increasingly awkward figure that accompanies those changes--seem to give her character more substance, more authority. It's as if the hormones flooding her due to pregnancy charge her with the kind of courage she never had outside of prison (we glimpse her pre-incarcerated self in a brief flashback, and she looks as if she were born a victim). As her belly swells so do her problems when making a break; so, ironically, does her determination to give birth to the baby outside of prison.


O'Hara takes full advantage of prison corridors to create narrow compositions, evoke a sense of claustrophobia; he finds equivalent spaces outside of prison, when the convicts are on the run--one refugee finds herself hiding inside the dormant cars of Manila's Light Rail   Transit, long after closing time, the boxlike interiors uncannily recalling the prison's squalid hallways. She never really escapes, O'Hara seems to be telling us; she had a choice, but her mind was never really set on freedom--she's been running up and down the same barred corridors all this time. Later, Angela breaks out herself and is tracked down to Manila Zoo. Trapped in an empty lion's cage, sitting in filth and pleading for mercy, her horrifyingly bloodied figure drives O'Hara's point home: this is hell, nor are we out of it.

Women in noir films are often femme fatales, beautiful and untrustworthy figures that drive the plot, or ensure the hero's eventual doom. Aunor's Angela is unique in that she is both strong woman and mother in a noirish world (novelist and screenwriter Lualhati Bautista did the script, from her 1983 novel) struggling against male-dominated institutions and male authority figures. More, she's fighting not for her man, or money, or some jeweled bird statue hidden under layers of lacquer, but for her child. Does this dilute the film's noirishness? I think not--if anything, it raises the stakes, makes the odds even more daunting, the urgency of her struggle all the more emphatic (not for a man or money but her child).

Women in prison films range widely from Bimal Roy's Bandini to Gerardo de Leon's own Women in Cages. O'Hara's take has more teeth than the one, is less pulpy than the other (truth to tell, whatever 'woman power' is found in De Leon's admittedly enjoyable film is mostly an occasion to show tits and ass, luridly whipped).

O'Hara takes his cue from Bautista's novel and presents not just a heroine but a community, a circle of women struggling to survive a harsh world. They don't have the power to unite and fight together (or at least they believe they lack the power), but they can support each other, console each other, celebrate each other whenever and wherever they can.

Unlikely and a bit much perhaps, but O'Hara employs persuasively realistic camerawork (by the great Johnny Araojo) and settings and performances to help sell the story, while Bautista has Angela fighting back through plausible means (she needs help, and negotiates shrewdly for that help). A wonderful, solidly entertaining film. 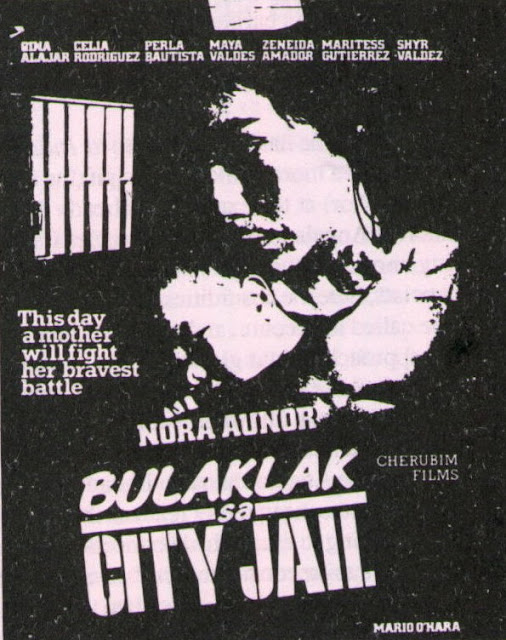 I’m excited to serve you with sardonic satires…

Frankly, I wouldn't be tooo worried about what the whorizontal world thot about me, dear; I'd be much more concerned about what Jesus shall say at our General Judgment. You may not like me now, yet, I’m not out to please you. Lemme wanna gonna tella youse Who (grrr - New Joisey accent):

Greeting, earthling. Not sure if we're on the same page if you saw what I saw. Because I was an actual NDE on the outskirts of the Great Beyond at 15 yet wasn’t allowed in, lemme share with you what I actually know Seventh-Heaven’s Big-Bang’s gonna be like for us if ya believe/accept: meet this ultra-bombastic, ex-mortal-Upstairs for the most extra-blatant, catch-22-excitotoxxins, guhroovaliciousnessly delicious, pleasure-beyond-measure, Ultra-Reality-Firepower-Addiction in the Great Beyond for a BIG-ol, kick-ass, party-hardy, robust-N-risqué, eternal-real-McCoy-warp-drive you DO NOT wanna miss the sink-your-teeth-in-the-rrrock’nNsmmmokin’-hot-deal: PLEASE KEEP HANDS/FEET INSIDE THE WIDE UNTIL WE MADE A CIRCUMFERENCE OF the OUTSTANDING, NEVER-ENDING, THRILLIONTH-RED-MARKER-POSSIBILITIES!!! Puh-leeeze meet me Upstairs. Do that for us. Cya soon, girl…

Thou shalt keep thy comments reasonably simple, I like to say.