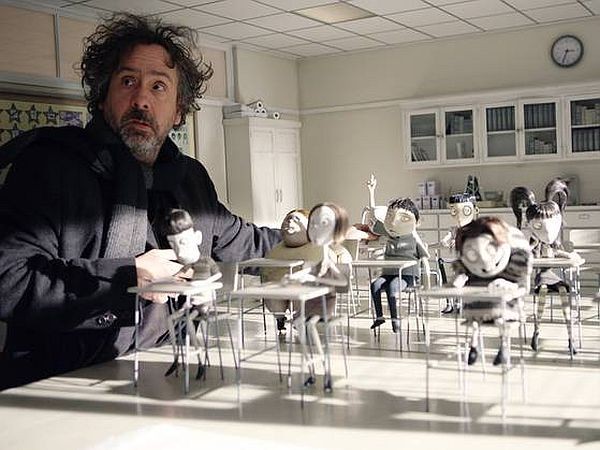 Martin McDonagh's Seven Psychopaths is cinematic Cherry Coke--sweet and tasty, but basically lacking emotional nourishment. It's not just as previous critics have noted that this is recycled Tarantino, it's Tarantino recycled at his least expressive, early enough in his career that Roger Avary still shared writing credit, and the pose Tarantino struck (itself secondhand) was so cool it started a fashion trend in filmmaking, hence the hideous term "Tarantinoesque."

Well, this film is "Tarantinoesque," and that's a good and bad thing. Good in that on several counts McDonagh writes sharper, funnier dialogue, or at least sharper, funnier punchlines, and serves up twists every bit as witty and entertaining as said punchlines, not to mention the original source. Plus, unlike Tarantino, and as evidenced by the oft-promised shootout that ends the picture, McDonagh seems to know a thing or two about staging, shooting, and cutting action.

Otherwise, it's largely disposable (there's a subplot about a Vietnam psychopath that's so transparently a bid to transcend the label 'disposable')--except for Christopher Walken. Walken's psychopath seems to linger in memory because he seems to be the only character in the movie to actually care about something or someone, and we can't help but respond to that in this otherwise emotionally arid wasteland. What makes his performance even better is that he owns a pair of eyes more frightening than even Lucifer's. In Rosemary's Baby the Devil glared through several pounds of prosthetic fur and a satanic pair of contacts; Walken without wearing even an ounce of makeup much less contacts can gaze effortlessly back and you know who's gonna blink first. A pair of tired, loving, psychopathic eyes pouched in a cadaverously pale face--what's not to like?

I came away from Paul Thomas Anderson's The Master thinking it's a collection of superb film moments--sequences, even--that don't really come together much. Anderson proudly and famously never attended a class for scriptwriting and I suspect this creates the tense energy in his films--he's basically a high-wire act, trying his best not to break his fool neck. But it also means a lot of floundering about, and sometimes you suspect it's the floundering audiences come to watch in an Anderson (Paul Thomas, not W.S.) and not the actual film--that, and the chance to maybe see him break his fool neck.

Oh, but what an act! Overhead shots of the ocean swirling behind a ship; a group of Filipino workers chasing a man across a vast dusty field; Joaquin Phoenix draped lazily past the boundary of a ship's railing, threatening to fall over and not caring; Phoenix later in the film, pressing his lips longingly to the windowpane (he appears to be trying to break through--to what? And why?). Anderson knows how to whip up a striking image, knows how present it--big, baleful, portentous--on the big screen (and I mean big--65 mm on traditional film stock, instead of the standard 35 mm digital video), knows to the microsecond how long to hold an image: long enough that you begin to wonder if you aren't perhaps missing some extra layer of meaning in what you're seeing, but not so long that you start to suspect maybe he's faking it with all the pregnant pauses.

It's not about Scientology--well, not directly about Scientology, which takes a few glancing blows to the rib; it's more about the dynamics that exist within a group not unlike the Scientologists, complete with fanaticists, doubters, and those that vacillate back and forth between the two extremes. And it's about the uneasy friendship that develops between Phoenix's Freddie Quell and the cult's founder Lancaster Dodd (Philip Seymour Hoffman, in a low-key yet authoritative performance). Most of all it's about what two men--one a wandering alcoholic, the other the multi-million dollar founder of a cult religion--have in common, and the answer is unsettlingly simple: both arrive at their respective positions in life (near ruin, great success) through hard struggle, and they will respond with rejection, anger, even violence, to anyone who threatens to topple that position. They recognize the same angry, fearful man inside each other, and they can't help but acknowledge that man, even lend him a kind of uneasy support.

A Boy and His

Talk about yet another unconscious, instinctive artist, Tim Burton's Frankenweenie is an expansion of the live-action short of the same name. Presumably Burton had his reasons for turning to stop-motion for the remake: more control over the overall look and the characters' gestures, a stylization that helps sell the sweet-natured premise (which is arguably too sweet, though Disney deemed the original short too frightening for kids) and, well, stop-motion don't need no reason--it's just awesome all its own.

The film starts with a short film that somehow manages not just to suggest its handmade nature (this in a $40 million Hollywood feature), but one with crude yet innovative special effects--pterodactyl swinging on a string, menacing cardboard buildings; toy artillery firing styrofoam muzzle flash; infantrymen made of cheap green plastic (what boy growing up back then didn't have an odd platoon or two forgotten in his toy chest somewhere?).

The story isn't much more than that: boy loves dog, boy loses dog, boy resurrects dog using recycled household appliances (our protagonist Victor improvises with a ironing board as operating table, an aquarium as battery, and a kite as lightning rod). It's Frankenstein recast as a iconic suburban creation myth, and it's arguably the film's money sequence, its reason for being--all throughout Burton's career there's been an uneasy tension between idyllic suburban home and doomed Gothic melancholy, and as shown in his short Vincent he's not averse to spoofing either sensibilities. With this film's first half, he's finally stitched both into a perfectly monstrous creation that lurches about the attic with gleeful abandon.

And then there's the rest of the film. After Victor creates the dog, Burton doesn't seem to know what to do next--he fills the picture with busy plotting and made-up conflicts that don't really threaten the status quo (a Gothic child growing up in an essentially benign suburban community), or at the last minute tosses in sketchy characters that shake things up without really clarifying why they do so, though even this has its moments--love the shout-out to Godzilla, and better yet, the classic animated short Bambi vs. Godzilla. The narrative really regains its footing only after the windmill sequence, after which all is right with the world.


Which doesn't really mean the ruination of the film. Burton was never a consistent or especially skillful storyteller; I suspect that he spent years and millions of dollars to do Planet of the Apes, for example, as an excuse to shoot the moment when man and ape kiss, sending a sexual charge straight up your spine. I suspect he did Frankenweenie to pour all of Disney's considerable resources into producing that creation myth--expressing his love for his long-ago animated short, for the James Whale original, for the neverending tension between Goth and suburb in his life. Everything else was pretty much an afterthought.

I was wondering how you'd reconcile the sentimentality in Frankenweenie, given your general appreciation of Burton's work, Noel. It does get way too (inconsequentially) busy in the third act, but is somewhat memorable for individual moments, such as Sparky fearfully retreating to the dusty pitch above his own grave, and getting a jump-start late in the film.

And I agree wholeheartedly with regards to Seven Psychopaths (clever, but frivolous, outside of Walken -- In Bruges was more resonant) and The Master (which isn't as thematically layered as the filmmaker would like the moviegoing public to think it is, but has some visually stunning moments).

I'll be curious to hear your thoughts on Cloud Atlas which, to me, follows every inspired sequence with five mundane, tedious, or borderline offensive ones. That said, its general weirdness may appeal to you more than those Matrix flicks, at the very least.

The jump start will have Burton haters groaning, and some Burton fans squirming--most of the audience too, I'll. But Pixar is as if not more sentimental, and Pixar is a critical darling--can do no wrong etc., etc. Whatever. Give me inspired if erratic over consistently boring. I think the scene worked, and what keeps it from being fatally sentimental is that it recalls the kind of 'community gets together' moment you saw in fifties' science fiction films, where everyone brought their wheels out and used their car batteries to zap the oncoming monster.

Oh, I really liked the jump-start scene; I thought it was one of the more memorable moments in the film...sentimental, perhaps, but in a twisted sort of way.

I think the Pixar films vary in degrees of sentimentality, and I think there's usually some measure of emotional/thematic complexity involved to offset that. And the critics haven't been so kind to them as of late, which will probably continue if Pixar continues to make sequels to past successes. At any rate, I pick my spots with their films, as with any other studios.

I enjoyed Paranorman, which is probably a better point of comparison to Frankenweenie. I mean, a number of the punchlines were way telegraphed, and the film lacks the hypnotic atmosphere of Laika's Coraline, but it's got a unique visual style and pretty resonant thematic content, even if we're beaten over the head with it a bit towards the end. It's great to see the stop-motion animated style of filmmaking still alive and well.

Actually I like Pixar's more commercial, sequel-oriented recent output--Cars 2 is arguably my favorite of their stuff so far. This is where they can excel: mostly laffs and entertainment, no pretensions to 'profundity.' Leave that to the real masters, like Miyazaki or Takahata, or if we must stick to America Selik channeling Gaiman. Or Oshii, whose The Sky Crawlers I found tremendous.