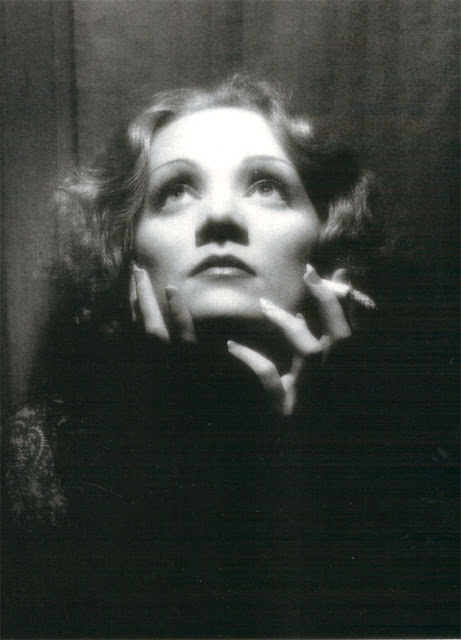 Tsui Hark, Ringo Lam and Johnnie To's Triangle is the kind of foolhardy enterprise we need more of--but no, I can't see Martin Scorsese, Steven Spielberg and Francis Ford Coppola ever getting together to do a collaboration.

This is the next best thing--no, better; at least these three Chinese filmmakers don't suffer from the ravages of gigantism, of dealing with bloated budgets and self-inflicted angst and the ruinous need to be critically respected and commercially successful both; or, at least, they don't seem to show the strain of these pressures (at least one of them successfully balances the demands of all and sundry--is, possibly, the most successful filmmaker in Hong Kong at the moment).

Ante's upped by the fact  that the three aren't doing three short films but a single film with three directors doing three sections--beginning, middle, end. Difficult to maintain consistency, even with the same editor and cinematographer, much less coherence (which doesn't really happen).

Of the three I felt Tsui Hark was the least successful. He sets up the situation (to be fair, always the least rewarding task), about a trio of friends planning a heist. Hark has lost something--a zing, perhaps, a clarity and comic-book exuberance that was the hallmark of his Once Upon a Time in China series. Nowadays his action is incoherent, his photography muddled and ugly, his film's overall look and feel undistinctive and mean-spirited. It's not bad, exactly, but seems to resemble the kind of action flick any number of filmmakers--French or even Hollywood--might have made in the past ten years.

When they find the object of desire--a gold-plated armored breastplate--Ringo Lam takes over, and suddenly you're aware of a distinct auteurial presence. Lam was always the master of dark moods knotty relationships, understated drama, and--above all--urban suspense. There's a scene in an abandoned building involving handcuffs and a minivan that's a corker, and a vehicle run (strictly speaking it's not an actual chase) through the streets of Hong Kong that is brilliantly shot and edited, with a breathtakingly sudden climax. But then Lam, of course, is in charge of the middle act--he isn't allowed to end his sequence.

Suddenly suddenly things both simplify and complicate. In a series of economical moves the film jettisons most of the unnecessary plot elements (the pursuing triad, for one), adds its own (a scamming wheel-repair man with Tourette's (Lam Suet, an acting regular who cues you in on who owns this segment); a police officer on a bike). Suddenly the film becomes a dizzying shootout farce complicated beyond compare yet coherent as crystal, by turns funny and thrilling and poetic--sometimes all three at once.

Three filmmakers with three differing styles, doing a film on three friends, one of whom is involved in his own love triangle. It's an intricate stunt of a picture, one that doesn't quite come off successfully, but one applauds the attempt. Allez-oop!

Josef Von Sternberg's Shanghai Express is possibly a perfect film, all the more remarkable for being perfectly realized on a Hollywood studio backlot. The studio location probably helped enhance the sense of stylization, as Sternberg can micromanage every bit of Chinese calligraphy and spoken dialogue (accurate, as far as my limited Mandarin can tell--though I wonder about that clock face with Chinese numbers elaborately printed on its rim).

All in the service of its star, of course, the incomparable Marlene Dietrich, who here is lit and costumed and photographed (by Lee Garmes, with uncredited help from James Wong Howe) to within an inch of her life (to see the results of all this micromanagement, see photo above). Of all of Sternberg's effects, she's the most elaborate, most exotic effect of all: a hothouse German blossom in the provincial Far East, a woman without virtue who saves her honor for only one man, a world-weary cynic who dreams of an occasion to become the ultimate idealist.

Her co-star, Clive Brook, is unfortunately mostly a stiff upper lip; her true equal and an equally baroque grotesque is Warner Oland as Mr. Chang, a mysterious train passenger who as it turns out is a warlord, determined to exchange a valuable hostage for one of his captured officers. Oland skirts villanous oriental stereotype territory, but in Sternberg's hands he's a memorably villainous stereotype: when explaining to one victim what he intends to do to the poor man he runs a red-hot iron spike down a gauzy curtain, leaving behind a trail of softly burning cloth. It's the kind of casual touch that sends chills up the spines of the truly aware or, at least, reasonably alert.

That said, Sternberg's Chan does come out more fully rounded than one might expect--he tortures and punishes for reasons of pride (because he is humiliated, for example), and when he lusts after Dietrich it is with an effrontery us Asian types (in one of our more politically incorrect moods) want to cheer on.

Morocco I prefer for several reasons: the moment when Dietrich in tuxedo drag suddenly snatches a woman by the chin and busses her; the scenes where a simple mirror is occasion for extravagant demonstrations of cruelty and masochism; and the ending. Lee Garmes again does the sensuous cinematography, again with uncredited help by a legendary lenser (this time Lucien Ballard).

Gary Cooper is a far better match for Dietrich: where Brook was a stick in the mud, Cooper held his own with the kind of casual sexual confidence that makes one understand just what Dietrich saw in him (in Shanghai Express I kept expecting her to realize she really loved Chan all along).

As for the ending--the hypnotic pounding of drums; the wives and children, hopelessly and helplessly trailing after their soldier men; Dietrich, wind whipping at her dress and hair, a tall figure framed against a vast desert (think Bernardo Bertolucci's The Sheltering Sky). With the film's finale Sternberg reveals the film's (and his filmmaking's) true subject: passion--heedless, self-destructive, infinitely perverse. In his pictures each protagonist works out the terms of his or her particular obsession according to the unalterable laws of their twisted logic, losing themselves in that logic, ultimately destroying themselves and erasing themselves in the face of that logic. A great work.

If Triangle had come out during the height of Tsui's powers, I'd have assumed he was just upping the ante for his other two cohorts and with a diabolical glee at that. I still sort of look at it that way but given his spotty output of late, I have my doubts. Lam and To more than make up for it, though. I wish Lam would make more movies.

Have you seen Sternberg's Shanghai Gesture by any chance? I don't really believe in guilty pleasures but I think I'd count that as one.

I wish Lam would make more movies, too. He seems to get the best results from Van Damme. Can you imagine JCVD directed by him?

My position is: all Sternbergs are guilty pleasures!