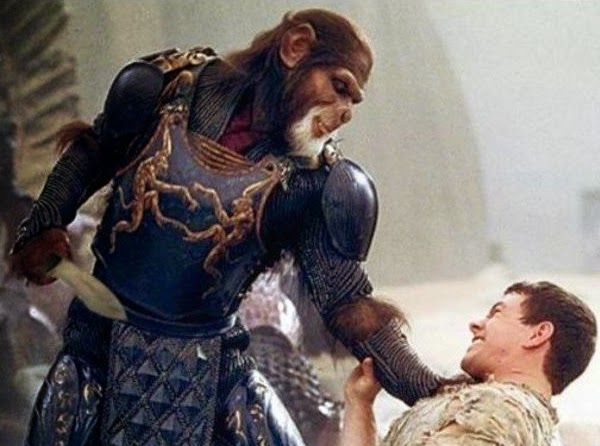 In response to the latest installment of an ape-old franchise, an old post from 2001:

I regret to report that despite my better judgement and capacity (admittedly limited) for logical thinking, I enjoyed Tim Burton's Planet of the Apes. It's a true guilty pleasure--I experienced pleasure and felt extremely guilty about it. It's a piece of ordure, by most standards; there's no reasonable way to explain my liking it--the screenplay doesn't make sense; the dialogue, when it isn't trying for lame one-liners, is leaden; characters are introduced and dropped, new ones inserted with nary a care for coherence; the ending cries out for a reshoot, maybe even an entire sequel that improves on this misshapen mess. 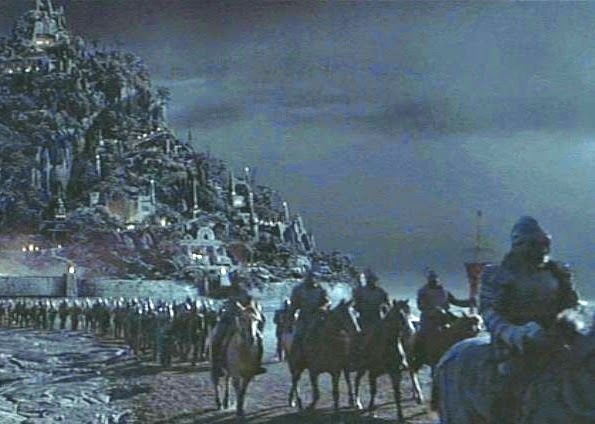 And yet I like this film. I feel affection for the 1968 original with its shock moments (the manhunt in the fields, the first spoken words of defiance, the 'surprise' ending) and Charlton Heston's inimitable straight-man performance, but I've always thought the premise silly (you land in a planet where they speak English and don't think it's Earth?) and the attempts at social commentary equally silly (Rod Serling, God help us, was the kind of earnestly profound scriptwriter the Manunuri would have approved of, except he wrote science fiction).

I consider Burton a more gifted fantabulist than the original's director, Franklin J. Schaffner (though Schaffner is admittedly the better storyteller); this Planet has the kind of perverse heedlessness only possible in an intensely personal filmmaker. Burton quickly takes on racism, sexism, fanaticism--the usual targets of social satire (and of Pierre Boulle's original novel), and as quickly drops them--possibly because the filmmaker has the attention span of a six-year-old, and focuses only on matters that interest him. 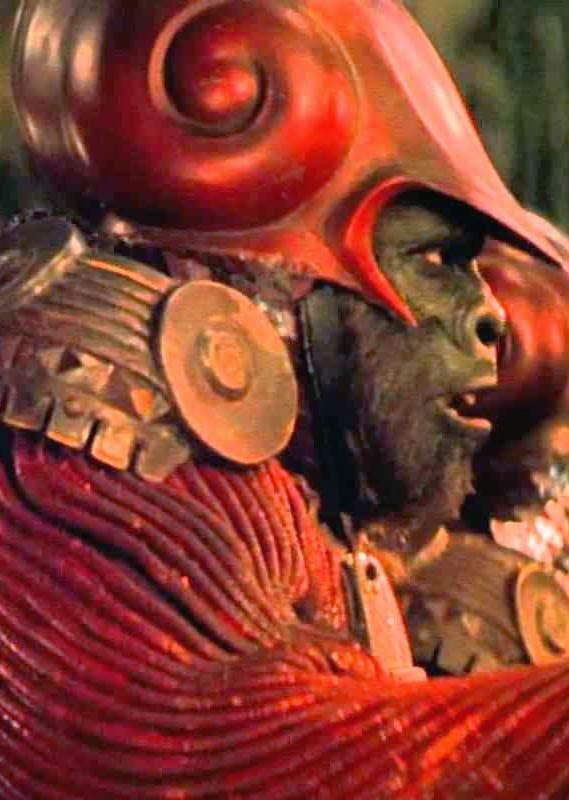 In this case, the apes. Complaining about Mark Wahlberg, Estelle Warren and Kris Kristofferson's almost uniformly leaden performances is beside the point, I think; Burton lavishes all his attention and love on the simians, not the humans. The makeup is a definite improvement over the original's--you see the actors' features more, see them as distorted versions of themselves, as if through a funhouse mirror. Their movements are surprisingly eloquent--Lisa Marie as Nova sways and sashays like a vamp, only one with prehensile toes; Michael Clark Duncan as Colonel Attar stands tall and impassive, a pillar of military discipline (decked out in the softest glossy fur); and David Warner as Senator Sandar is reassuringly statesmanlike. Even Charlton Heston, playing General Thade's father on his deathbed, is instantly, startlingly recognizable--you feel muleheaded conservatism and paranoia rising from him like a fever heat.

Of this vivid, varied menagerie, three stand out: Paul Giamatti as Limbo, a craven slave trader, has the most ghoulish, skull-like face (he's Burton's designated Beetlejuice figure, only without the magic powers), and all the best lines; Tim Roth as General Thade is all flaring nostrils and psychopathic glare (Roth seems liberated by heavy makeup--the way Olivier was in Richard III, or Welles in Touch of Evil--to create a villain more outrageously evil than would be possible using their own faces).

Then there's Helena Bonham-Carter as Ari, a liberal ape intellectual--daughter of Senator Sandar, she's a spoiled and pompous and faintly silly dilettante who makes all kinds of noises about ape-human equality. Yet through the course of the story she grows (the only character in the entire film to actually do so) into her convictions and, in the end, wears said convictions with genuine dignity.

And--Burton's best joke in the film--she's totally, helplessly, hopelessly in love with Mark Whalberg as Leo (the picture's alpha male). Bonham Carter is a beauty and has a vibrant glow in costume dramas like A Room With a View or Wings of the Dove, but I've never really warmed up to her as an actress--maybe because I never felt she was particularly passionate about anything or anyone. Decked out in ape makeup, with mouth distended and hair extended over  cheekbones, we're forced to stare at her huge brown eyes and they're stunning. Bonham-Carter easily outshines Estella Warren, a reputed model, who does have undeniable appeal--both on prominent display--but is otherwise as disposable as soiled toilet paper. When Ari looks with those melting, Spaniel eyes at Leo you want to slap the idiot upside of the head for not noticing. Their "affair," more suggestion than anything concrete--a series of smoky stares and uncomfortable silences--is perversely all the more exciting for being so understated. And (skip to the next paragraph if you haven't seen the movie) the quick buss Leo finally grants Ari crackles with more electricity (is, I'm willing to bet everything plus a truckload of bananas, possibly the reason why Burton agreed to do the film) than all the clashing armor that precedes it.

I admit it--I fell for Ari as hard as she fell for Leo, and think Leo's too stupid to realize how unworthy he is of her love (or of how richly he deserves the bleak 'surprise' ending Burton tacks on--the third after the 1968 version and Pierre Boulle's and easily the silliest of the three). I still can't take either the original or this version’s take on racism, sexism, fanaticism and all that jazz seriously, but on the subject of sexual tolerance and possibility of interspecies sex? I'm sold; I'm sold all the way. 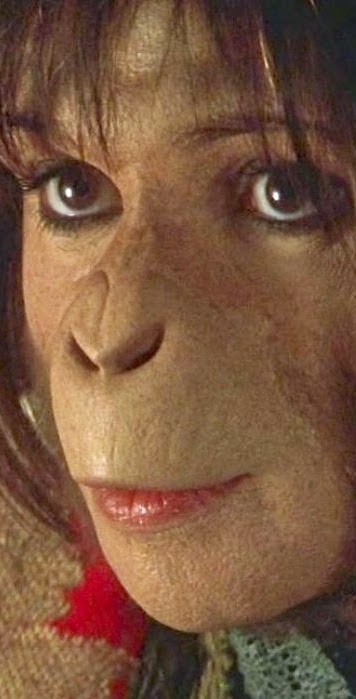