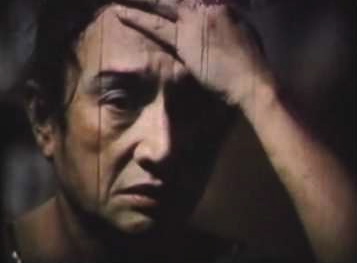 
Biographical note on the man.

A brief article about one of his many films:

Lino Brocka's Ang Tatay Kong Nanay (My Father, My Mother, roughly, 1978) is the master filmmaker's one collaboration with the near-universally acknowledged King of Philippine Comedy, Dolphy (Rodolfo Vera Quizon). Screen legends working with famed filmmakers rarely if ever create sure bets; it's something of a surprise, then that the resulting picture from these two is so straightforwardly poignant, laced with just enough humor to wriggle past one's defenses.


It's a simple premise: Dioscoro Derecho, a.k.a. Coring (Dolphy) has nurtured a crush for his handsome young friend Dennis (Philip Salvador, Brocka's then newfound protégé). When Dennis appears at Coring's door with a baby and a need to disappear for a while, Coring has no choice but to take in the child, and raise him as best he can.

If there's any comedy in the picture, unlike with most of Dolphy's movies, the humor arises from character rather than situation, and Dolphy here reveals himself as a superb character actor. Witness his discomfort at dealing with Dennis (the physical attraction he feels so intense he almost feels faint); witness too the growing sense of maternal love he feels for Nonoy, Dennis' child (played by Nino Mulach--if, as W.C. Fields warns us, we should never act opposite dogs and children, Dolphy had his hands full trying not to be upstaged by this indescribably cute, frighteningly precocious young actor).

More, there's a handling of homosexuality that is startlingly deft, considering when this was made. Coring doesn't believe in gay empowerment--when Nonoy catches him in drag, he makes excuses; when the boy puts on lipstick (in an attempt to play an American Indian), Coring, misunderstanding, reprimands the boy. Brocka shows us a gay man who fails to transcend his times (Coring believes homosexuality is a flaw--or worse, a sin), who nevertheless does his level best to be a parent to the child; watching Coring bumble along in desperate befuddlement, often against the dictates of his own instincts, creates a complex knot of feelings in the viewer. You feel your heart quietly breaking in sympathy for the man, the same time you find yourself (despite the film's overall serious tone) chuckling in amusement.


Easily one of Brocka's most delicate creations, and one of Dolphy's finest performances (arguably his finest, period, would be his monumental role as quintessential Filipino family man John Puruntong, in the long-running family comedy series John en Marsha (1973 to 1990)). A definite must-see.

Links to other Dolphy films:

Facifica Falayfay (Luciano Carlos, 1969), scroll down to bottom of the page.

Jack en Jill (Mar Torres, 1954), scroll down to middle of the page; apologies for the misspelling.

I am attempting some research into film criticism in the Philippines and I am looking to discuss possible interviews with relevant people. Can I get in touch with you via email or could you email me on andrewjlatimer@gmail.com?