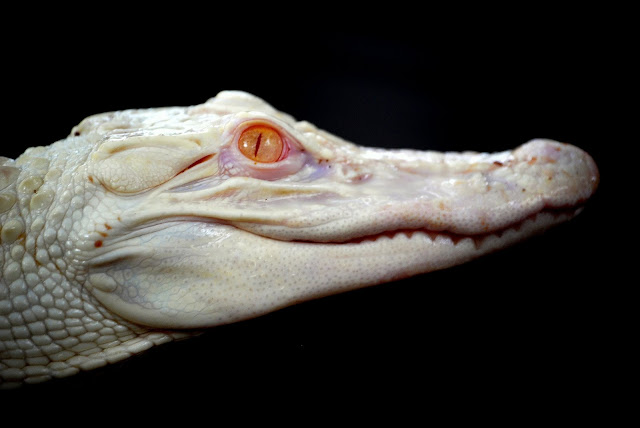 Werner Herzog's first ever 3-D feature begins with the camera gliding down a row of what look like vines; it lifts up in the air to take in the limestone cliffs looming over the Ardeche River, in Southern France. We see Herzog accompanying an expedition of mostly scientists ascending a narrow trail up the face of that cliff, to arrive at a metal door “as massive as a bank vault.”

Inside are treasures as fabulous as anything Aladdin might find--cave paintings of various sizes and subjects, on differing kinds of surfaces, employing many colors and techniques. Some of these paintings may have been drawn some thirty thousand years ago.

Thirty thousand years! The United States, by way of comparison, was established a little over two hundred and thirty years ago; the oldest form of writing found is dated approximately eight thousand years ago; the oldest city (Damascus) has been inhabited for something like eleven thousand years. These drawings, if their dating can be believed (there is some controversy, which Herzog never once mentions), are three times older than any presently existing evidence of human civilization.

But it's more than just the age; the drawings are complex, lovely, powerful. They leap at the screen in silent agitation--or rather not so silent; the horses' mouths (as someone points out) are agape, as if whinnying; rhinos lock horns in tremendous head-on collisions, and you can almost hear the sound of  impact; a female lion sits firmly on her haunches, unwilling to mate, her lips peeled back in an irritated growl. Herzog points out the multiple drawings of a rhino's horn, and speculate that the artist--and despite the dispute over their age, no one disputes the drawings' artistry--was attempting to suggest motion, that this was in fact some kind of proto-cinema, the first attempt to capture moving pictures on a flat surface (either that or it's one of the earliest examples of animation ever).

Part of the pleasure of a Herzog documentary is the presence of Herzog himself. He's the polar opposite of the invisible, unjudgmental documentary filmmaker; he pokes, prods, asks all kinds of questions, not always the obvious ones. To one archeologist he poses a stumper: “Do they dream at night?”

How is the poor scientist to respond? But Herzog is an impatient, eccentric creature; he wants to delve into mysteries, ponder paradoxes, illuminate the darker, less obvious corners of a mystery. He asks about the soul; one man speculates that the soul might have been an adaptation to the world, one that must have worked (we've had them ever since), and that these paintings are their communique, fired like furtive emails into the future (at us, in effect) in the hopes of maybe not making contact but of giving us an impression of their state of mind and being, captured in an image.

Herzog points out a red handprint repeated many times near the cave entrance, and how it stands out because of a crooked little finger. He follows the handprint into the cave, pointing it out in various drawings; the finger seems less like a flaw than a signature, the sign of a unique personality--possibly the world's first auteur...

For deadpan comic relief Herzog gives us eccentrics like the scientist who through research has managed to assemble a bone flute--the kind of musical instrument he guesses might have been played in the caves, all those millennia ago--and promptly tootles a brief rendition of “The Star-Spangled Banner.” He follows a perfume designer who hikes around the aboveground area, sniffing for ancient air seeping from the ground (the caves were discovered by explorers who felt the updraft); he's hoping to detect the caves by scent. The designer later confesses an ulterior motive--he's involved in a theme park to be built nearby, with an exact replica of the caves and their drawings as a feature attraction.

All this narrated in Herzog's Teutonically accented yet soothing voice, his intensely pinched face gazing at one wonder after another. Herzog over time and through his many documentaries has developed a distinct onscreen persona (you don't expect the director of Nosferatu (1979) and Aguirre: the Wrath of God (1972) to be boring do you?), one strong enough to stand up to bizarre characters like Dieter Dengler (Little Dieter Needs to Fly, 1998) or Timothy Treadwell (Grizzly Man, 2005). On his own his persona throws a probing if quirky light on the wall art; he's dealing with artists long dead (though their work has a marvelous presence) and he's free to speculate, endlessly.

The ending is pure Herzog. From thirty thousand years into the past he turns to the future: a nuclear power plant some twenty miles away, the largest in France, has diverted coolant water to create an enclosed tropical environment; hundreds of crocodiles thrive, and unsurprisingly a number of them are albino mutants. Herzog films these altered baby reptiles and wonders what they might think, if ever they come face-to-face with the Chauvet drawings...

Herzog filmed the documentary in 3-D; he believed that this device (he had previously dismissed it as a gimmick) would bring out the curves and contours of the cavern rock, to better present the drawings. I wouldn't know if this worked; I only managed to catch a 2-D screening, and the DVD was released the same way. Watching the film in this imperfect and incomplete mode, I can only speculate: Herzog himself worked in less-than-ideal conditions; he had limited time and resources, and used technology ill-suited to the task at that time (3-D photography in commercial features often meant shooting foreground, midground and background separately, then having them digitally integrated--an impossibility in the cave). The artists (or artist) that did the drawings had even more primitive equipment--shards of rock, charcoal, pigments, their own crook-fingered hand.

And yet the artist managed to suggest movement and sound; he managed to suggest fury and grandeur. Using rock and dye and charcoal he made the first effective stab at creating a 3-D image--and arguably his methods have a proven track record thirty thousand years long. Herzog employs a few tricks of his own: sending his cold lamps slowly across the cave face and fading them on and off, he re-creates the kind of traveling light that must have fallen on these drawings, the way they were meant to be seen (Herzog early in the film notes that the drawings are found at just at the point when the sunlight stops). The music--and Herzog and the archeologists agree, there must have been music--is all strings and woodwinds and voices, the kind of instruments they might have played.

Like that long-ago artist Herzog uses his limitations to his  advantage, evokes his own magic; watching the film on a TV screen, in the poor medium of DVD, can we do any less? It's just one more link shared, between viewer and filmmaker and artist long gone.