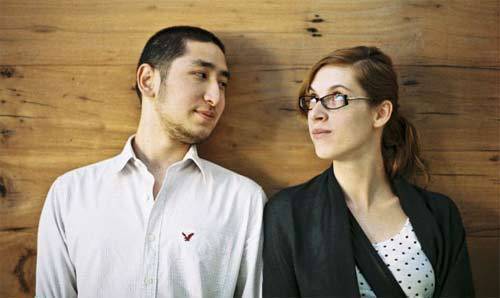 I'd like to think, given the chance, that this is how they'd look like when thinking wishfully

On the fifth year of his passing, reposting one of his last pieces


A bit of background: Alex Tioseco was a critic, editor, teacher and friend who had been killed last 2009 in his home, along with his companion Nika Bohinc. He had written a list of wishes for Philippine cinema and for the second anniversary of his passing, a few people have planned the following event:

1. Pick one wish from Alexis' wishlist. Google the article "WISHFUL THINKING FOR PHILIPPINE CINEMA" for a guide.

2. Write about it on your blogs or word processors. No specific length, style or approach is required.

I thought I'd write about this specific wish from Alex:

I wish Noel Vera would move back.

Left for the United States back in 2003. Circumstances compelled me to do so--can't add more to that, except to say said reasons seemed satisfactory at that time, and remain so to this day. I will say that my reasons for leaving weren't meant for my immediate and exclusively personal benefit, least I don't think so...and let's leave it at that.

I will also say part of my inspiration for leaving was something Lav Diaz mentioned to me once, after I'd seen his Hesus Rebolusyunaryo (Jesus the Revolutionary, 2002). I'd asked why he had his protagonist at one point leave for the countryside--wasn't this akin to giving up? Lav replied "No. It's not a surrender, but a retreat, a retrenchment, a chance to pause and meditate on what's happening, what should happen, and why. He doesn't just want to react to past events; he wants to anticipate trends, and plan the future."

Which made me think: not a bad idea. I'd take the chance to retreat to the United States, pause, meditate, drink deep of the vast resources in films and DVDs available out here, meet a few of the people I'd always wanted to meet, occasionally come back home to catch up on the latest happenings, initiate a few projects, so on and so forth.

Well--man proposes, God disposes. Things didn't pan out just quite that way. Landed not in a major city but in a lovely though decidedly more rural little town. Nearest theaters are multiplexes, with an arthouse cinema about an hour's drive away. I get to see most of the latest releases, though in the case of such big-ticket pictures like Transformers and the Harry Potter series, I'm able to see them two days after they've premiered in Manila (piracy issues).

Still--not so bad. That I can't cover Hollywood megaproductions means I don't have to make it my priority to see them; I can just see what looks interesting (usually what Philippine distributors don't feel will be an immediate hit), and wait for the titles to open in Manila (sometimes I wait for weeks, sometimes months; some titles still haven't opened there as of this writing). The respite gives my thoughts a chance to marinate, hopefully mature into something more sophisticated or at least nuanced along the way.

What does hurt is the fact that the little town I live in (much as I'm fond of it) isn't a major city, and Manila is; and Manila with its various embassies and foundations that often hold film festivals of their respective cinemas. Not so bad when the country--Spain, Italy, France, Japan and Germany, to name a few--are doing classically themed retrospectives (I can usually rent the appropriate DVD); but for a country's more contemporary works, I'm at a disadvantage. The state of distribution of foreign films in the United States has degenerated, I think; interest is on the wane, and supply has reacted accordingly.  I definitely won't be seeing them in that arthouse theater an hour away, not unless the picture has built unusual buzz.

But not too unusual a buzz. Something controversial like Lars Von Trier's Antichrist, or Michael Haneke's Funny Games, or anything by Takashi Miike or Kim Ki Duk will never show in my local arthouse; it's a conservative region, and their choice of titles runs towards independent productions with movie-star names, or a Woody Allen.

What I really miss are the Filipino film festivals--Cinemanila (its local independent entries), Cinemalaya, Cinema One Originals, among many others. I badly want to see more digital productions; I'm convinced from what I've seen that the Philippines is undergoing a new golden age, in terms of volume, quality, and variety (boxoffice success would be nice too, and a few titles (Zombadings (roughly translated: Queer Zombies) and Ang Babae sa Septic Tank (Girl in the Septic Tank) seem to be proving that, yes, independent digital films can be boxoffice hits, despite the odds). The young punks have arrived, and I wish to God I was there to see them trash the town.

But more than the films are the friends--people I haven't seen for over seven years. Some I never will--Alex, Joey Gosiengfiao. Some I'd known online, and would love to meet face-to-face for the first time.

So that's the report, from this side of the Pacific Ocean. It hasn't been a bad life; I've done work, some of it good, I think. I've been able to expose my (literally) captive audience to a few Filipino titles. Little by little, I've managed to make a few things happen--the book would be my proudest achievement to date.

I manage to snag the occasional invite to Rotterdam or Jeonju  or Vancouver; I try to go as often as possible to the Filipino Film Festival in New York every June or so, organized by the indefatigable Vincent Nebrida and Jojo De Vera. I do go out of my way to try see films one doesn't find in the multiplex.

On the subject of coming home: it's touching (not to mention hugely flattering) of Alex to think my return would make such a huge difference; truth is there are plenty of critics--Oggs Cruz, Etchie Pingol, Richard Bolisay and Dodo Dayao among many others; Jojo De Vera if you need an authority on classic '70s and 80's cinema (not to mention all that movie gossip)--who are doing the job equally well, if not better. I don't think any one man will make a crucial difference; at most, he or she will just happen to be at the right place and time when things happen, as they seem to be happening right now in Manila...

My intention to fly back and forth from both countries whenever I can has gone the way of the Betamax tape, of course--just can't afford the expense, much less the necessary time off from work. Haven't been home in over seven years, and I miss the Philippines terribly. Still trying to marinate (Seven years! What kind of flavors might come out of that?), to develop my ideas, finish some of the projects I keep proposing. Still have hope for the future, much like Hesus in Diaz's bleakly lyrical film; I haven't given up. Just wish I could touch base once in a while--even one more time would be nice. Ah, well.

where are you currently living right now? what state?

at sa pilipinas, lahat na ng foreign at indie films available, if you know what i mean.

i saw you once in rotterdam and never got the chance to talk to you. i still haven't sent the dvds of my colleagues, as promised. feeling bad about this. thanks for the post. makes me think of alexis' wish for me and tell him how i feel. will find the courage to email him again someday.
-john

Hey, can’t find any contact info on your site – which I’ve just been enjoying. Can you locate mine on http://www.subtitledonline.com and drop me a message please?

John - USA. Send me an email if you want to know where...

john anonymous--not sure what you mean. Why email him?

Subtitledonline: have put my email on my profile...

Noel, that's a testament to your reach and influence: someone's using your comments page as a billboard! Pulled out my dusty, old copy of your book. Terrific entertainment still! Your review of Brocka's "Maynila sa Kuko" is classic. You need someone in Manila to supply you with the latest local DVDs, sent via ordinary mail. Who knows, maybe a sequel your book will be the offspring to such an investment?

Thanks for the kind words, but yeah. Gotta pull it out. I reserve the right to make money on this blog.

If they want, they can ask nicely, maybe donate the profits to charity.