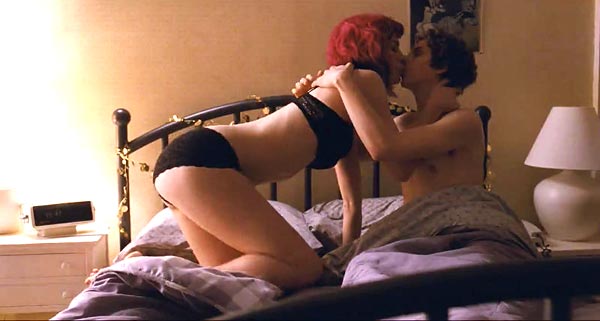 Not a big fan of video games. The last game I took even halfway seriously was Missile Command, back in the '80s--there was something somehow addictive about the imperative to keep all those relentlessly approaching nuclear missiles from wiping out everything you know and love, something somehow traumatic about the big flashing "THE END" that eventually signaled you had failed. That, plus the cool trackball spinning in one hand, sending the crosshairs skittering across the screen--what's not to like?

That was it between video games and I--unless you count a brief infatuation with Myst, with its otherwordly music, beautiful alien settings (I especially liked Channelwood, a forest world spiderwebbed with rope-and-plank bridges) and sense of unknowability (I got as far as getting lost in the Selenitic Age underground maze before giving up), plus a purely mindless affair with Fallout (the lust to acquire objects from stimpaks to plasma rifles to the Holy Hand Grenade proved both irrational and irresistible). Anyway, I've never had a healthy relationship with video games--felt I was investing too much time trying to master them and the results were less than impressive, the satisfaction rather anemic. It was too much like devouring a pounder bag of potato chips deep fried in lard--you felt good at first, then all the salts and cholesterol started backing up and blocking the blood flow to your brain.


But if I have a love-hate relationship with video games (the hate dominating the love by a factor of three), that's nothing to the dismay I feel watching video game movies. The Resident Evil series are a case in point: basically chop-socky flicks with guns and zombies that like the undead seem to last forever (though those directed by Paul Anderson seem more than usually stylish). I love Milla Jovovich, I know she can both act and kick ass, but one Resident Evil movie was one too much, let alone three. Cinematographer turned director Andrzej Bartkowiak's Doom at one point successfully replicates the one-corridor-after-another-of-demonic-monsters feel of the original, and as with the original game I felt a similar urge to stand up and walk away.

Which is why Edgar Wright's Scott Pilgrim vs. the World is such a surprise. Here I am, a less-than-ardent fan of video games, sitting down, getting ready to hate this picture. The first few minutes of storytelling confirmed my worst fears--plenty of voiceover narration, swish-pans, pop music samples, snarky dialogue, cute sound effects (I thought I was looking at a louder, more obnoxious, big-screen version of Ned's Declassified School Survival Guide).


But it just went on. And on. And on. Some of the digital effects are genuinely funny--the scene where Scott (Michael Cera) goes to the men's room and you see a 'pee bar' on his upper right, emptying; the unbelievably corny little pink hearts floating away when Scott and his dream girl Ramona Flowers (Mary Elizabeth Winstead) kiss; the lighting bolts that shoot out when Scott's band The Sex Bob-ombs play at a concert. But what won me over (besides digital effects that actually showed a trace of wit in their design) was the sense I got watching that stripped of its effects this was a funny little tale of a geeky-looking boy trying to come to terms with his too-popular girl's past life--namely her former boyfriends, or as she puts it her 'seven evil exes.' Hot girl; complex past; hostile exes; unhappily ambivalent relationship--you can actually relate to, or even empathize with, his dilemma.


Scott Pilgrim requires an entirely different mindset, not satiric observation but pure and absolute conviction--that Scott is a hero, that Ramona is worth fighting for, that all seven evil exes are rotten to the core and should be taken down. God--or entertainment, at least--is in the details, and Wright largely gets it right: just enough technogeek to give us the flavor of a gamer's enthusiasm, just enough realspeak to give us recognizably human characters to care for (thanks in no small part to Cera, Winstead, Kieran Culkin as Scott's unflappably gay roommate, and even Jason Schwartzmann as a game-show host slash dance club lord slash arch villain). Scott Pilgrim is ultimately disposable, but you can say that of ninety-nine percent of what's showing in the multiplexes; difference is, Wright manages to make this ephemeral quality part of the movie's charm. You may not remember much of the movie once you leave the theater, but you may remember the glow you felt watching it.

hey, I'm glad you liked it noel. This probably one of my favorites this year.

I'm not saying it's great, but I like it more than, say, Inception...

I loved it too.